Twitter will be discontinuing Vine in the “coming months”

As more video sharing services continue to pop up, one of the kick starters for this generation is being killed off. Twitter has confirmed that it will be killing off Vine, the popular video application that was released back in 2013.

According to The Verge, Twitter had issued a series of layoffs to the Vine department, although it is unknown how many of its employees would be left looking elsewhere.

We value you, your Vines, and are going to do this the right way. You’ll be able to access and download your Vines. We’ll be keeping the website online because we think it’s important to still be able to watch all the incredible Vines that have been made.

Vine will be sticking around for a little while, but the app will be discontinued “in coming months”. However, if you are still using the app and want to be able to watch some funny videos, Twitter has claimed that it won’t be deleting Vines immediately and will continue to keep the web client up and running.

The social service grew so popular that its “stars” went onto big things with some users starting to appear in TV shows, or transition into YouTube with a huge following. The most popular of these “stars” has been Shawn Mendes, an 18-year-old who was able to reach the #1 spot on the Billboard 200 music charts.

Notably, with the release of Snapchat Stories and Instagram Stories, many of the popular Vine creators have moved onto these other platforms. At least we’ll still have somewhere to find funny videos to kill time.

RIP Vine. It was fun while it lasted.

Twitter will soon make it easier for you to f

Elon Musk’s plan to buy Twitter has been pu 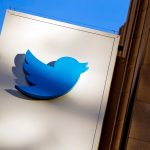