It was back in January we took a look at the 74 candidates for new emoji that could be included in the upcoming Unicode 9.0 release. Although we had a feeling most would be added, nothing was finalized… until now.

Every so often, the folks at the Unicode Technical Committee (UTC) meet and decide the fate of emoji that will eventually make it to our devices. It was back in January we took a look at the 74 candidates for new emoji that could be included in the upcoming Unicode 9.0 release.

At the 2016Q2 UTC meeting, the committee approved of 72 new emoji that will eventually make their way to Android and iOS later this year. Among them, a few of our favorites include rolling on the floor laughing, face palm, selfie, a gorilla (RIP Harambe), avocado, Chinese takeout, and tons more.

Here’s the full list (blank boxes will show emoji only if your device supports them):

So when can you see these new emoji hit your device? Well, that’s a little tough to answer. Android N is already ahead of the ball (having supported Unicode 9.0 emoji before it was even finalized). While Nexus devices will officially receive the final version of Android N this Fall — complete with all the new Unicode 9.0 emoji — you’ll have to wait for various manufacturers to bake the new emoji into their software via a software update, something that could take a considerable amount of time. But there are workarounds…

Even if the emoji aren’t yet supported on a system level for whatever device you have, apps like Facebook Messenger or WhatsApp still have the ability to add these new emoji in a quick update, but they’d stuck inside those specific apps. Of course, this is generally where you’d be using emoji in the first place, so it’s nice.

Earlier today, Facebook Messenger announced 1,500 new emoji making their way into the app. It’s unclear if or when the emoji from Unicode 9.0 made the cut but as we mentioned before, adding them would only take a simple app update, something they could well before Android N is final or begins rolling out to other non-Nexus devices.

The benefit of system wide support of new emoji is they’ll be accessible everywhere on your phone, regardless of the app you’re using. This ensures you never have to see the dreaded black box when receiving an unsupported emoji, and you can use them in contact names, creating folders, or anywhere else on the phone.

Last month, Google proposed adding 13 new emoji to better highlight diversity by using female versions of popular careers. Those won’t be coming in the new Unicode 9.0 emoji, but it’s possible we could see them added in the future (Facebook actually added these in their big Messenger emoji update).

Which of the 72 new emoji is your favorite? 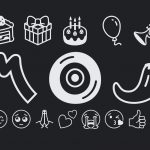 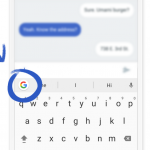 The EU could force iMessage, WhatsApp to work 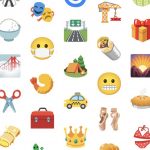