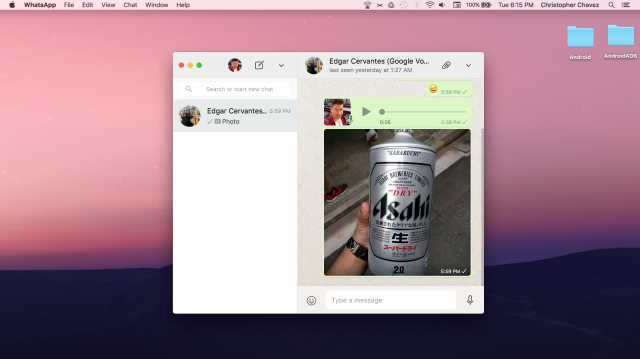 WhatsApp is one of the most widely used messaging apps in the world and while US adoption isn’t as popular (at least in my experience, I don’t know a single person who uses it), that might soon change. Some of the most popular messaging platforms in the world offer some sort of desktop software, giving users the ability to take the conversation wherever they like, even while they work. And while WhatsApp already has a web client, it’s confined to a tab inside your web browser and didn’t natively run on your computer.

Today, all that changes. WhatsApp is officially entering the big leagues with a full fledged desktop app launching today for both Windows and OSX (Mac). It’s almost identical to the web client they launched back at the beginning of last year and mirrors all the conversations and messages already on your mobile device. 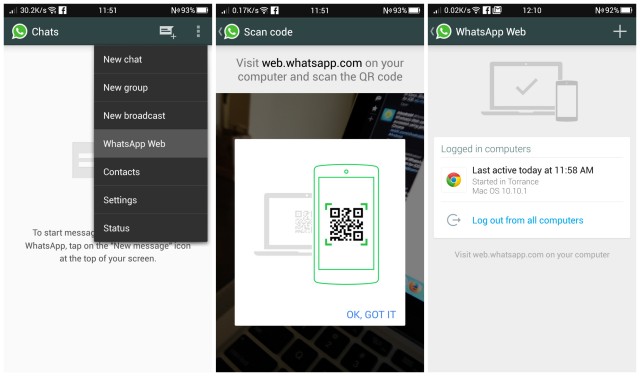 To get started, all you have to do is download and install the official desktop app, then open the app. Once opened, you’ll need to scan the QR code displayed on your desktop using the mobile version of the app on your smartphone. Here are the steps:

Then once you give the app permission to take photos/record video (Marshmallow), point it at the QR code on your desktop and you’ll be ready to roll. From there, everything you type, send, share will be reflected in the desktop app and vice versa (just like the web client).

The desktop app is skimpy on settings, but you can still upload a profile photo, change your status messages, upload photos, record audio messages — everything but place a phone call, although we imagine that will be added in the near future. For now, download the all new WhatsApp desktop app via the link down below.

WhatsApp will soon show you calls you missed

You will soon be able to link WhatsApp to you

How to use WhatsApp Status

Are you excited by Google’s brand new Pixel 7 smartphones? If you are, then you can go ahead and pre-order them now.