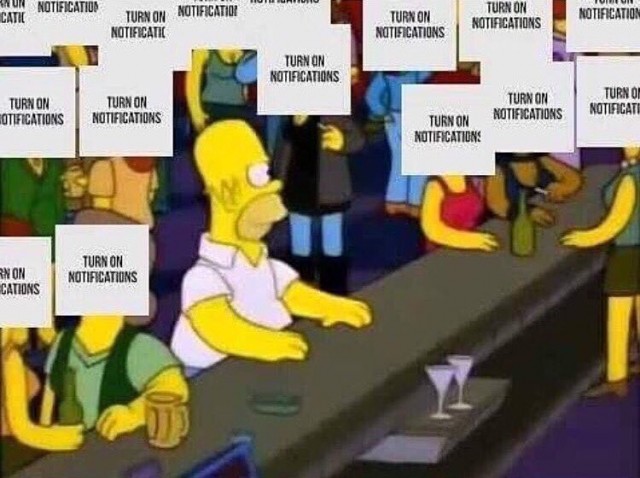 As you’ve heard, Instagram is changing tomorrow. At least, that’s according to an insane amount of posts littering up feeds on the social network today. There’s no telling where it started, but like those awful Facebook chain letters (you know, the ones where you copy/paste a statement to prevent Facebook from charging you $2 a month) it’s mostly bullsh*t. But like a truly great lie, some of it is based on fact.

A few weeks ago, Instagram announced that they’ll soon be introducing a Facebook-like feed, one that’s no longer in perfect chronological order. Instagram said this new feed — where posts you’re more likely to care about are the first ones you see — would be rolling out in the coming months. As in, not tomorrow.

For whatever reason, only now is this upcoming change causing a mass hysteria among Instagram’s elite. It’s these opportunists who have turned to fear mongering and the spreading rumors to help boost their views/likes (and ensure you never miss one of their many sponsored posts ) with posts urging their followers to “turn on” profile notifications for their accounts. With so many followers, this has caused the rumor to spread like wildfire on the social network where you’re sure to have run into #turnmeon at least a few times today (we only hope you’re not the one spreading it). Instagram took a moment to clarify things on Twitter, where they posted the following:

Here’s why it’s annoying: bigger Instagram accounts with thousands or millions of followers likely wont even be affected by the new non-chronological timeline. Since their engagement is so high and likes so massive, it’s more likely their posts are the ones that will be floating to the top of your feed in the near future.

Turning on post notifications only means you’ll receive a notification every single time that person posts something, the moment they post it. This is a feature that’s been available for awhile now and unless you want to be spammed every time someone posts a photo of their lunch or that new super amazing detox tea — we’d recommend only turning this on for people you really care about.

So, while changes are coming to Instagram, nobody even knows how they’ll work and if backlash on the original announcement is any indication, we’d be willing to bet there will be an option to turn this off when it does launch. You know, a few months from now once testing is complete. So, if you’ve helped contribute to this annoying new chain letter, please, delete your post. If you see someone else blindly posting this dumb rumor, feel free to drop some knowledge onto their post.