YouTuber who bent the Nexus 6P is back with an uncompromised, freshly unboxed unit [VIDEO]

Last week we showed you guys a video from JerryRigEverything, a YouTuber who not only specializes in smartphone repair, but apparently loves to test the structural integrity of a smartphones like the Nexus 6P by bending them in half. Fair enough. As thin as smartphones are being built nowadays, it makes sense that this wouldn’t be too difficult. The problem is some Android fans didn’t like what they saw, not because the phone bent so easily, but because they felt the test itself was disingenuous. The prevalent theory was that the phone — which had a lighter take to it and deep scratches on the display — was “compromised” prior to the bending action.

I’d argue that an open flame placed on a single spot on the phone wouldn’t be enough to heat up the glue all around, but even then lengthy explanations on Reddit about how phones are built like automobiles and once the glass is compromised (scratched, cracked), so goes the rigidity of the entire device, causing it to fall apart like in said video. Still sounds like poor design to me, but whatevs.

Here to end the argument and defend his reputation is JerryRigEverything with, you guessed it, another bend test video proving once and for all that a brand new Nexus 6P can be bent if you apply enough pressure. This time there’s no takes. No cutaways. Just Jer’s hands as removes a brand new, genuine Nexus 6P from its box and proceeds to bend it like Beckham. If seeing a brand new Android flagship device being destroyed is for whatever reason offensive to you, I’d recommend skipping this one. 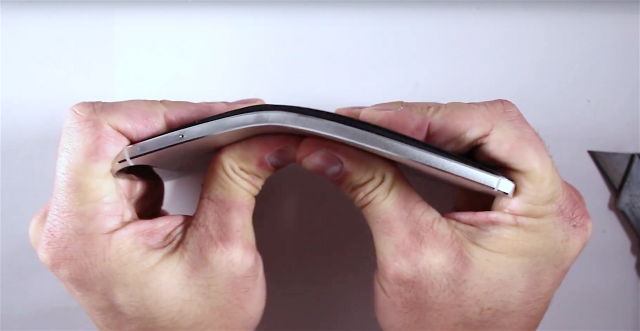 No matter what your feelings are on the Nexus 6P, it’s hard to argue foul play this time around. Having seen all that’s inside the Nexus 6P and many other devices, Jerry even gives us his professional opinion on why the phone appears to bend so easily where it does. According to him, it has something to do with the free floating aluminum back not being secured to the rest of the phone and Huawei using plastic dovetail joints to hold the majority of the phone together being the biggest culprits. Needless to say, those plastic pieces snap off fairly easily when enough pressure is applied to the phone and while some will argue videos like these are a waste of time, Jerry says that they can be a learning process for OEMs when building new smartphones in the future.

He goes onto to say that this doesn’t make the Nexus 6P a terrible phone (seriously, it’s flipping awesome), it just means that it’s one you’ll want to be a little more careful with before sticking it into your back pocket. Would love to hear your thoughts about Jerry’s latest video down below. 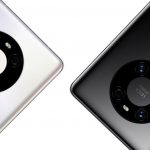 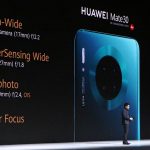