LG changed their mind, will launch the quirky LG AKA outside of South Korea starting next week 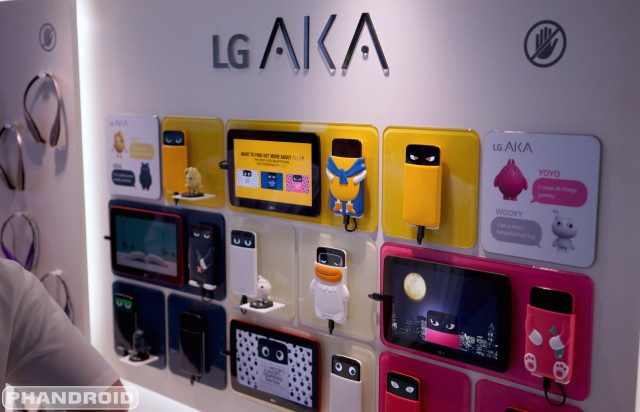 Originally designed exclusively for South Korea, LG has announced that they’ll soon be bringing their quirky AKA line to new markets, starting first in Hong Kong. The phones definitely have personality, something we never thought we’d say about a smartphone. Each LG AKA features a different character that peeks out from the top of their own accessories, showing off their own unique personas. There’s 4 characters total, which LG describes as:

It’s more than just cartoon eyes and cases, with the characters woven into the phone’s wallpapers, ringtones, and widgets. With soon to be global release of the device, LG has also added something they’re calling an “emotional UX element.” Essentially, users can further customize their AKA’s eyes with glasses or different eyebrows. They’ll even be including stickers and an “Art Toy” figurine which can be digitized by snapping a picture of it, then adding it to selfies or other photos taken by the phone.

The phone isn’t a high-end powerhouse, but it isn’t exactly low-end either, with the same laser auto focus found on the LG G3, as well as LG’s touch & shoot and gesture shot camera features. Here’s everything you’ll find in the LG AKA:

The LG AKA was first introduced in South Korea towards the end of 2014, where it would later receive an iF Design Award for it’s quirky design. Apparently, customer feedback and sales have been so good, that LG decided to bring launch it elsewhere. The LG AKA will be launching in Hong Kong next week, then soon China, Taiwan, Singapore, and eventually Turkey. LG said they’ll announce new markets once they’re ready.

LG Aka phone have faces and personality