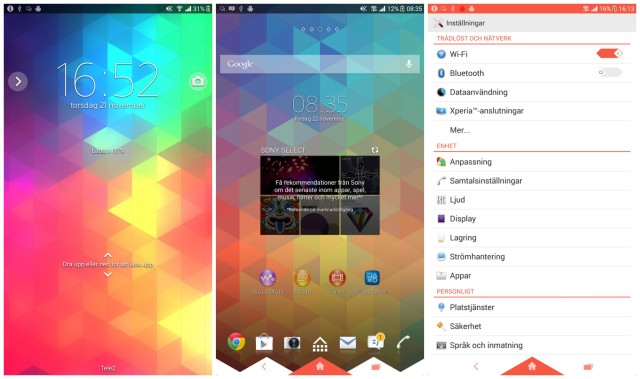 It was back towards the tail-end of December that Sony began updating many of their flagship devices to Android 4.3 Jelly Bean. While that may not sound too exciting for those demanding nothing less than KitKat, Sony was able to bake in unique features to the Android build, introducing something many have been begging from OEMs for years now — native theme support.

So, while Xperia themes aren’t necessarily anything new, it’s a feature that hasn’t been given much time in the spotlight (or that many even know about). To help get the word out, and explain a little more about their theme engine, Sony was able to take some time out on their official blog to interview Andreas Schön, one of the men responsible for bringing Xperia Themes to Sony’s smartphones and tablets.

In the interview, Schon explains that, while there are currently 280 assets theme-able for Xperia devices running Android 4.3, Sony is planning on adding even more assets in a future software update. Sounds great. Right now, everything from the back/home/multitasking software buttons can be theme’d up, reaching all the way to check boxes, sliders, and buttons. As an example, we’ve included the Triflat Xperia theme for you to gawk over (above). Who knows, maybe this means someone will offer a “Google Experience” theme in the near future for those that prefer a stock Android look. We’ll keep our fingers crossed.

Really, it’s a feature that should have gotten more publicity than it has. There are already a handful of Xperia Themes available in the Google Play Store, and for those of us that have yet to experience an Xperia device, probably didn’t know this amazing feature even existed.

When it comes time for this blogger to choose his Android for the year, I’m going to be seriously considering the Sony Xperia Z2 (especially after getting some hands-on time with it at Mobile World Congress). It’s a shame more OEMs aren’t giving their users the choice Sony is now offering, but who knows what the future holds.