Getting kids to brush their teeth can be like, well, pulling teeth… no matter how flavorful the toothpaste that you squeeze onto their brush. A company named Kolibree thinks they’ve got the solution, creating a smart toothbrush that works with Android, allowing parents, kids, and dentists a greater motivation and deeper knowledge in putting the pearly in pearly whites.

You use the Kolibree Smart Toothbrush just like any other electronic toothbrush: keep it docked to charge the battery, put some toothpaste on it when ready, and brush your teeth. Similar to how FitBit tracks your fitness and health, Kolibree’s smart toothbrush will track everything related to your teeth brushing habits:

This information is collected in an Android app that does some pretty exciting things with the data. Wait, what? Brushing your teeth? Exciting? Seems bizarre or OCD, but parents will be excited to turn their kids “chore” into a game and dentists will be happy to have a method of holding patients accountable on a daily basis. 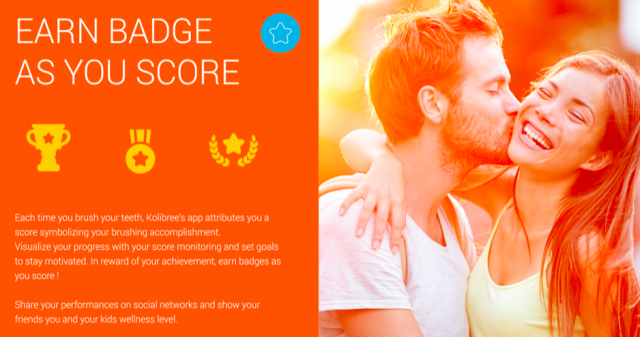 You can get an idea of how these awards, badges, and scoring works in the video above.

Where can you buy the Kolibree Smart Toothbrush? You can’t… yet. The founders are planning to launch a KickStarter campaign in the days following CES 2014.

Too often – and we’ll see a ton of this at CES –  “connected devices” seem to be created for the sake of existing. The Kolibree Smart Toothbrush is different. The idea is novel. It solves a problem. It empowers kids, parents, and dentists. It’s an idea well worth, and who knows, maybe you’ll seen be seeing television commercials claiming it’s “recommended by 9 out of 10 dentists”. 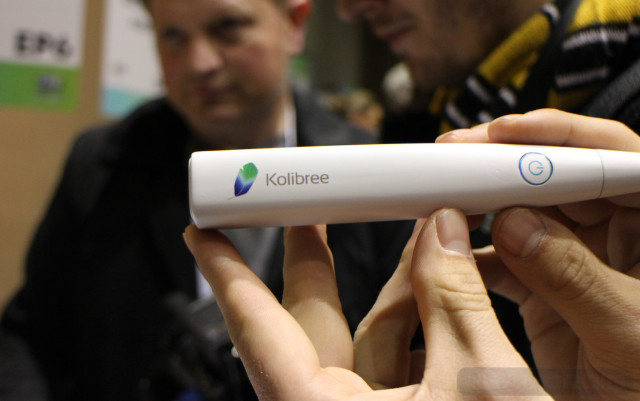 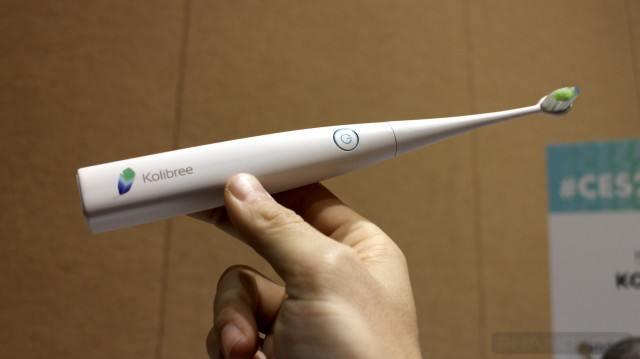 The presence of smart accessories in our world continues to grow and with wearable tech set for an upward 2014 trend, we’re bound to see Android in even more places. Putting Android in something we use – or SHOULD be using – at least twice a day? Your toothbrush. And perhaps more importantly, your kids.

When asked why they started developing for Android rather than iOS? One of the founders – Thomas Serval – is a former Googler who believes Android’s bluetooth APIs are far more powerful than those of the competition.