When Chromecast launched last summer, consumers everywhere immediately wished to display local content from their phones and tablets onto the big screen. Having the ability to cast photos and videos of your choice was in such demand that some developers even found unsupported hacks and methods to get the job done. Ultimately, Google closed the gaps while they ironed out the Chromecast SDK leaving Chromecast fans everywhere yearning for the ability to cast their own personal media with Chromecast. That wait is finally over thanks to Avia, Chromecast’s first personal media player.

For those not aware, Videon, the company behind Avia, is no stranger to Google or Android, working with Google and Sony on the first Sony Google TV Blu-Ray player back in 2011. Their relationship with Google do to previous app support for Google TV and Android allowed them this launch opportunity with Chromecast. We go hands on with an exclusive review below.

Avia’s goal is to help users move their personal media between devices from a variety of storage locations. Like previous versions of Avia, you can link the app to cloud storage, local storage, and network servers. 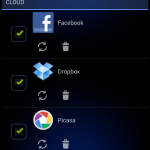 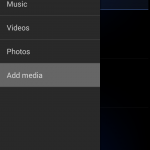 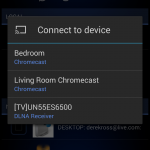 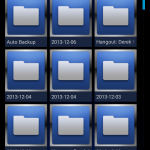 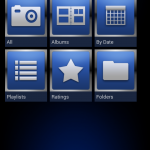 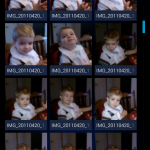 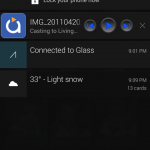 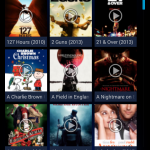 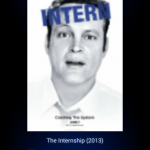 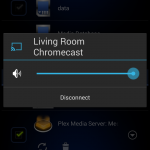 After you’ve added all of your storage locations, you’re now ready to begin using Avia and Chromecast with your own personal media. If you’ve added music, all music added to your library is indexed, adding album and artist art where needed, making this feature one of the best in class. If you have an extensive library, Avia’s built in search feature allows you to search your music, photos, or videos by entering the media title, movie name, or image name into the search box. If searching isn’t your thing, you can browse content by album name, date, playlist, ratings, by folder name, or get the whole list by selecting all.

While playing Music with Avia or on your Chromecast, you can choose to enter DJ mode or Jukebok mode. DJ mode immediately changes the song as soon as a new one is selected while the Jukebox mode is similar to YouTube’s TV Queue, allowing you to add music to a list.

With Photos, you have the option to view the individual photo or go into slideshow mode by hitting the play button. You can configure the slideshow options via settings, such as changing the image display duration as well as choosing different types of transitions.

While Avia is going to godsend for those wishing to cast locally stored content to Chromecast, Avia does have some limitations for Videos and for some, might not be the final app for tackling Chromecast.  When it comes to videos, Avia does an amazing job at playing and casting supported content. You’re going to be limited by the types of codecs supported by your device, your DLNA server, and of course the Chromecast itself. Avia does not do any sort of audio or video transcoding. If you have a plethora of MKV movies, some videos won’t play and others will play, but will be missing audio. Once again, this isn’t a problem with Avia, it’s just unsupported content. With that said, some AVI movies, MPEG files, and mp4’s will play just as intended if their codec is supported. If you’re ripping DVDs and Blu-Rays from your personal collection, be sure to encode them with a supported codec. As for videos taken with your phone, you shouldn’t have any issues at all and it works great.

The cloud storage option works quite well for pulling in content from Dropbox and Facebook. At the time of this writing, we were given a pre-production build of the application and Picasa did take a couple seconds to retrieve photos and videos. The team informed us they are aware of a few issues and plan on making improvements prior to launch. Besides the slight delay, photos from Picasa worked quite well. Also, the team does plan on eventually changing the name and icon to reflect Google+ Photos since Google+ Photos has replaced Picasa web.

Avia is free to install on the Google Play Store and the Amazon Appstore, but you’ll need to complete an in-app purchase for $2.99 to enable Chromecast functionality. In addition to adding Chromecast support, the paid version enables another perk, Themes support. If you’re on the fence about purchasing this app, it’s worth knowing that in early 2014, Videon plans on raising the price of Avia to $4.99. Previous Avia Pro owners will automatically be upgraded to the new version that supports Chromecast and the updated version will be available to Google TV owners as well.

Having the ability to use Chromecast with the photos and videos recently taken on your phone, competing with Apple TV mirroring, has been one of the most sought after features since Chromecast’s launch last summer. Avia’s ability to accomplish this and more definitely makes it a powerful tool that you’ll want to add to your personal media arsenal.