iPhone 5S vs Galaxy S4 vs HTC One 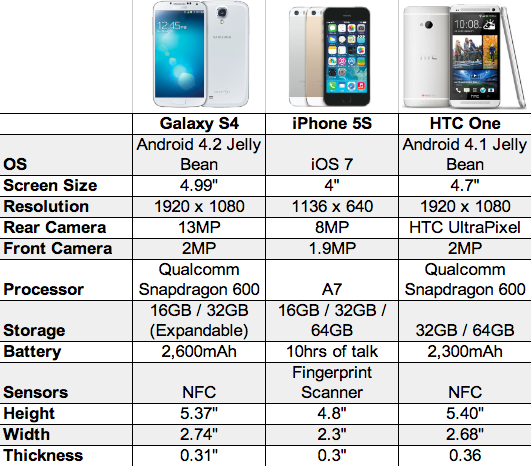 Officially unveiled only moments ago, there’s no question Apple’s latest and greatest — the iPhone 5S — faces some stiff competition in a market utterly dominated by Android handsets. That doesn’t mean the iPhone 5S doesn’t feature some nice hardware and software features in its own right. In this article we’ll take a look at some of its strengths and weaknesses, and find out if Apple was able to create some of that “magic” iPhone loving fans swear by. Without further ado, let’s take a look at the iPhone 5S and see how it fares against (arguably) the best Android currently has to offer: the HTC One and and Samsung Galaxy S4. 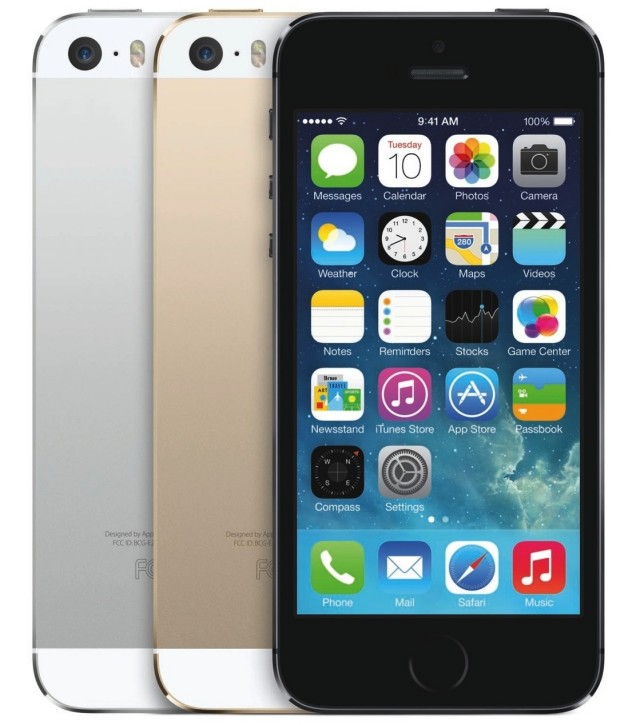 As expected with every “S” release, the iPhone 5S will be the first Apple device to use the company’s new in-house A7 chipset. Apple promises the new SoC is 5x’s faster than the previous model and is the first smartphone in the world to run 64-bit apps. What does that mean to you? Simply faster performance all around. Hopping on the Moto X bandwagon, the iPhone 5S also features a co-processor Apple is calling the M7 for handling contextual awareness. Again, for you this just means the device is more sensitive to motion, and can capture more data for use in health and fitness apps.

As for the camera, this is admittedly one area the iPhone has always shined — not always in tests, but typically in real-world usage. For the 5S, the device borrows some ideas from the HTC One, forgoing an increase in MP “for technology’s sake”, instead throwing bigger pixels and slightly increased sensor size to help capture more light. This means (hypothetically) better low-light shots, with all around more vibrant and sharper looking photos. We’ll need to see it to believe it, but if Apple’s sample photos are an indication, the phone will receive high marks.

Also new for 2013 is the long-rumored fingerprint scanner. The iPhone 5S features a handy fingerprint scanner in the home button, a feature Apple is calling Touch ID. Because around half of smartphone users don’t like to bother with entering in pass codes or pattern unlocks (myself included), Apple has addressed this issue with the easiest way of securing your phone: using your own unique fingerprint. Unlike Android’s face unlock, which isn’t 100% secure or practical under various lighting conditions, Touch ID works seamlessly with the iPhone. Honestly, it’s one of the better smartphone improvements we’ve seen in awhile, and probably the last “innovative” one out of Apple. Android OEMs, I hope you’re taking note.

Another big draw with the iPhone 5S is the peace of mind of knowing the device will receive regular software updates for years to come. With the release of the all new acid-trippy iOS 7 introducing Control Center, Notification Center, and iTunes Radio — it’s nice knowing the update will reach previous iPhone devices, all the way back to the iPhone 4S. Typically, that’s not something you can find in Android devices. Also, because of Apple’s very tightly knit and closed ecosystem, you can generally find more quality apps and games on iOS than any other mobile platform.

Don’t let the fanboys fool you, the iPhone 5S isn’t smartphone perfection. The tiny, low resolution display is best suited for teens and young people with perfect 20/20 vision. For older folks, Android offers countless options for devices featuring 4.7 inch+ displays, making it easier to read, write or browse the web. You know, if you don’t enjoy holding your smartphone all the way up to your nose. Don’t forget that while iOS 7 definitely brings many new software features, Apple’s closed operating system means they’re always just a few steps behind Android devices, especially when you factor in the manufacturer UI’s found on each. 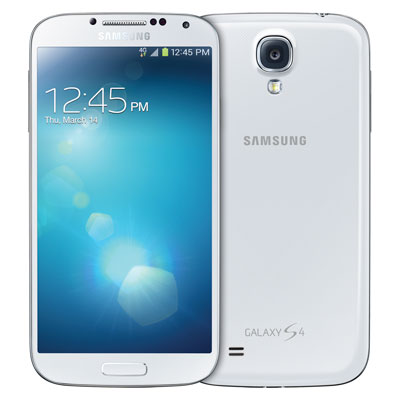 Released back in April, the Samsung Galaxy S4 is the company’s latest flagship and best device the Korean manufacturer has ever built. First off, its has a 1080p full HD Super AMOLED display is unrivaled. The device also packs in the fan-favorite SD card slot for adding extra memory, a removable battery for extra juice on-the-go, and more software features than you can shake a stick at. Don’t forget that the Galaxy S4 will also be one of the few devices to offer connectivity with the upcoming Samsung Galaxy Gear smartwatch.

There’s no question the Galaxy S4 is the Swiss Army Knife of smartphones. The fact that Samsung is pouring countless dollars into advertising the Galaxy S4 means you’ll find more of them on the street and with that, brings more developers and greater app compatibility. Combine all of this with Samsung’s dedication to supporting new and older devices with timely Android updates and you have the makings of a real winner.

Unfortunately, Samsung’s countless software features featured in the Galaxy S4 may sound great on paper, but the operating system has become bogged down by hundreds of features you’ll likely never use. And while beauty is always in the eye of the beholder, TouchWiz has become stale and the Galaxy S4′s glossy plastic build materials make for a device that feels cheap in the hand, no matter how many tricks it has up its sleeve. 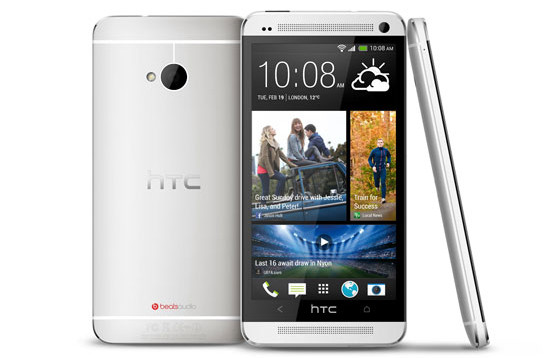 The HTC One is still regarded by many as the best Android device to date and that’s saying a lot. Widely seen as the underdog in the smartphone world, HTC pulled a Hail Mary pass with the HTC One, equipping the device with every high-end spec imaginable. To top if all off, the completely redesigned their software, adding a new version of their “Sense UI” that’s clean, minimal, and fast. Don’t forget that the HTC One is one of a few Android devices that can actually go toe-to-toe with Apple in terms of build materials. The aluminum body feels solid, the full 1080p HD SLCD3 display is gorgeous, the “UltraPixel” camera takes some of the best low-light photos around, while the innovative new front facing stereo speakers make the device perfect for media consumption. There’s little here not to love, but there are some…

While the HTC One has a lot going for it, the device doesn’t feature the flexibility that some Android users have come to expect from their devices. What do we mean by that? Well, for starters, lack of micro SD slot means you’re confined to the One’s 32GB/64GB of internal storage, and depending on how much media you like to load on your device, could be an issue. Also, the non-removable battery means bulky portable chargers are the only option for keeping the device juiced up for those long adventures away from an outlet. Lastly, the One (in the US) is still running on an older version of Android 4.1.2 Jelly Bean, and while 4.3 is promised sometime this month, we have our reservations.

Of course, only you can decide which phone is best for you. Smartphones aren’t cheap, and like anything else in life, we encourage you to visit your local carrier store to kick the tires of all these new handsets to find which one simply best for you. But, after reading this comparison post, we’re still curious: out of the smartphones listed above, which one do you find is best in its class? Vote in our poll, leave a comment as to why, and don’t forget to check out more iPhone coverage from our sister site iSource. You know, if you’re into that sorta thing.