Verizon refuses to change its stance on Google Wallet 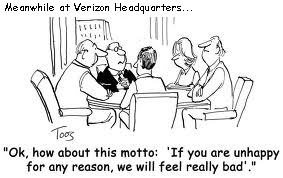 As Phandroid readers may know, I’ve taken up an ongoing battle with Verizon Wireless and their alleged violation of the so called “C Block” regulations (47 C.F.R. § 27.16) for blocking Google Wallet. To briefly recap:

Back in October of 2012 I submitted a complaint to the FCC regarding Verizon’s alleged violation of the C Block regulations. After nearly three months of silence from the FCC, I submitted an amended complaint, re-alleging my arguments and including a new one. The new argument was that Big Red had implemented its own payment system, ISIS, using the secure element. This fact is a BIG deal. Why? Because the use of the secure element was the crux of Verizon’s argument for disallowing Google Wallet. In response to an inquiry to Verizon, by me, in late September 2012, Verizon stated:

I can tell you that Verizon does not block applications. Google Wallet is different from other widely-available m-commerce services. Google Wallet does not simply access the operating system and basic hardware of our phones like thousands of other applications. Instead, in order to work as architected by Google, Google Wallet needs to be integrated into a new, secure and proprietary hardware element in our phones. We are continuing our commercial discussion with Google on this issue. – Samatha from Verizon Wireless Customer Service 9/26/2012. 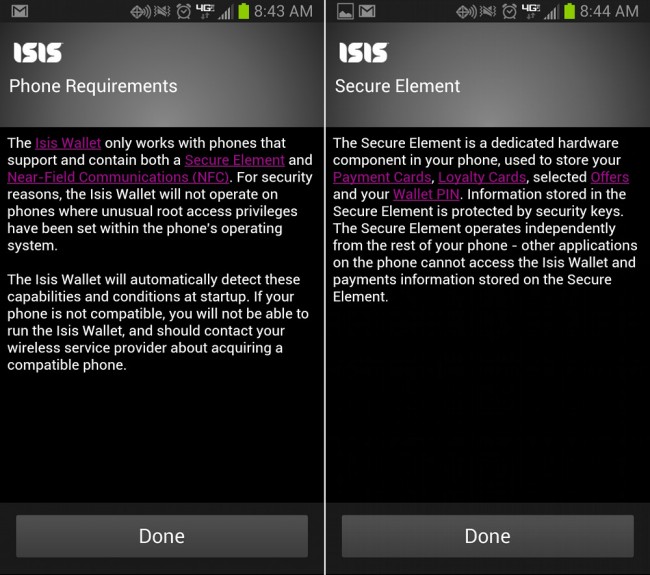 As you can see in the quote above, Verizon directly attributed its limiting the use of Google Wallet because of Google’s use of the secure element. Now compare that quote, from Samantha at Verizon, to the screenshot on the right.  Go ahead… I’ll wait….

Ok then, now back to the present.

Recently I received a cc’d response from Verizon to the FCC stating, in no uncertain terms,  “Verizon Wireless does not block applications.” Being an attorney, I recognize a lawyer’s response when I see one. This response by the carrier is “technically” true.  Verizon is playing a game of semantics — that’s an attorney’s bread and butter, and something in which I’m well versed. A carrier does not block an application, by virtue of the fact that it does not control the Play Store, Google does. However, according to the FCC’s July 31, 2012 decree (you know, the one where Verizon “voluntarily” paid $1.25 million in exchange for now allowing users to download tethering apps from the Play Store and the FCC dropping their investigation of Verizon’s practices…), the Commission explicitly stated:

Now, without getting super technical (if you are a glutton for punishment and want to get super technical, feel free to read my amended complaint where I do investigate the technical issues and discuss the regulations), since Google Wallet uses the same (or substantially similar, i.e. use of the secure element) technology used by ISIS, Verizon cannot have a good faith belief Google Wallet is harmful in any way to its network, customers or customers’ devices. 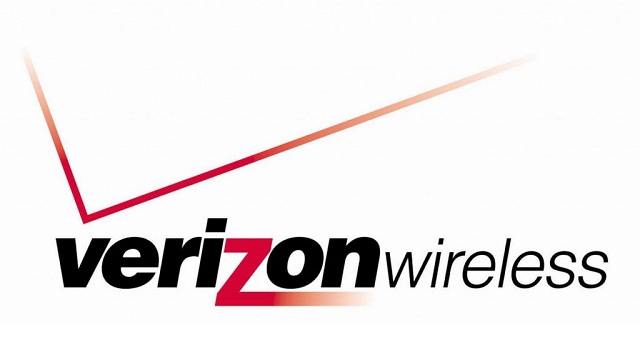 That’s the state of affairs, as it currently stands.  As Phandroid readers (and Android enthusiasts) it is my hope that you will encourage the FCC to investigate this matter, as they’ve been taking a relatively hands off approach to the whole Google Wallet issue.  In my opinion, Verizon’s statements to the FCC (and its customers for that matter) are, at best, misleading and at worst, a complete misrepresentation of the facts. Feel free to download my amended complaint and submit it to the FCC and/or your Senators and US Representatives.  If you have questions for me regarding anything to do with Google Wallet, feel free to sound off in the comments section or connect with me on my website, +Jay Klimek or @EDNYLaw. 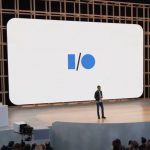 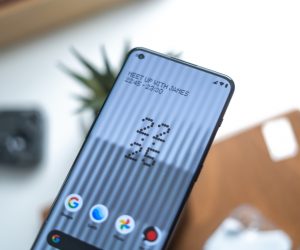 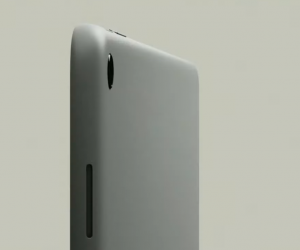