I can confirm: Rice does heal water-damaged cellphones

Seeing your cellphone die is one of the worst things that can happen to you, especially if you were really close to it. It happened to me recently, on a day that seemed like just any other.

It’s ridiculously hot, with the temperature well over 40 degrees centigrade (over 104 degree Fahrenheit), and I’m sweating profusely while returning from college. After spending some time on a call, I notice that the device is heating up, and the screen’s pretty wet. I just wiped it with a tissue, and on reaching home saw the battery’s dead. That was expected, as I never got to juice it up before leaving. Connecting it to the charger, I just went about doing some chores.

When I tried to boot it up after an hour or so, it refused to. I tried again and again, but it just gave me a few vibrates and the LED blinked. I looked around XDA and everywhere else trying to find out what the problem was, but had to soon accept that the phone was water-damaged. The phone’s a T-Mobile myTouch 4G, and I’m in India. There wasn’t even a chance to get it repaired. 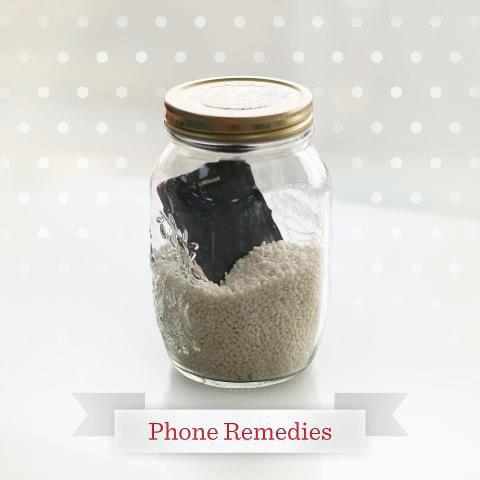 I soon came across the old rice tip, which I had read before but just brushed it aside thinking it to be on par with some of the ridiculous alternative therapies we read about. However, since the phone was nothing more than a paper weight, I decided I pretty much had nothing better to do with it. Taking out the battery, I buried it in a rice bowl and kept it away for a few days. The initial plan was to not touch it for 3-4 days, but I could resist after 36 hours.

IT WORKED! My phone booted right up and there’s no glitch whatsoever. And I’m sure if I saw myself in the mirror, this is what I would have seen myself doing.

Rice is now officially my favorite carbohydrate of all time.

DISCLAIMER: it also depends on extent of water damage. A friend of mine decided to go swimming with his Galaxy S2 (don’t ask me why). Rice couldn’t work it’s magic in that case.

Technologies Which Will Help You Unblock The