MHL Might Already Be Charging Your Phone: Do You Know What It Is?

Don’t be tricked by the flashy phone in the steering wheel mobile gaming component of this video. While it’s definitely cool and makes playing racing games much more fun (easier to make gradual turns because of the turning radius), the folks at MHL weren’t promoting a game of any kind. In fact, you can’t physically SEE what they’re promoting because it inside the phone (and TV).

Technological standards are a marvelous thing that greatly help consumers. You know how nearly all smartphones these days have a 3.5mm headset jack, HDMI-out, and MicroUSB port? These are standards that many companies agree upon to make the lives of consumers easier by reducing the fragmentation of devices, accessories, peripherals, so on and so forth. The MHL consortium promotes the MHL standard that aims to help keep your battery charged.

When you connect your phone to a television for HDMI use, your battery will drain. Oftentimes it will drain a LOT since beaming this information is very media intensive. But your phone is plugged into a huge electronic device that’s plugged into a wall, so why should you have to waste battery? With MHL you don’t.

If both your television and mobile phone have MHL (check yours, there is a decent chance it does), your phone will actually charge while connected to a TV via HDMI. I don’t personally use the HDMI-out feature of my phone very often, but I can appreciate that when I will, I don’t have to worry about my phone dying.

This being said, the whole “standards” stuff can get a bit tricky.

The MHL standard was initiated by 5 companies: Samsung, Sony, Toshiba, Nokia, and Silicon Image. You’ll most likely find MHL in the products for these phones. The companies invest money to have this standard developed and so, if other companies want to use the standard, they have to pay a licensing fee. That’s logical and I can understand why, but with the competitive landscape in the mobile world, it’s tough to see how a consortium of companies could easily play nicely with their competition for the sake of consumers. It doesn’t happen often… just think of all the patent lawsuits and other issues already causing so much ill will between competitors.

In any case, if you’re the type that uses HDMI-out a bunch, you may want to check to see if your phone and TV are MHL compatible. If only your phone has MHL, you can buy a cable that will enable TV charging even without your television being equipped.

That completes this morning’s educational lesson for lesser known things already in your mobile… we’ll continue this afternoon with “Part 2: earSmart”. 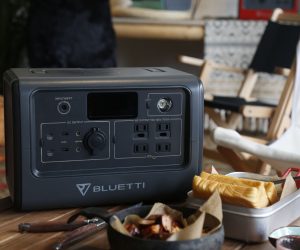