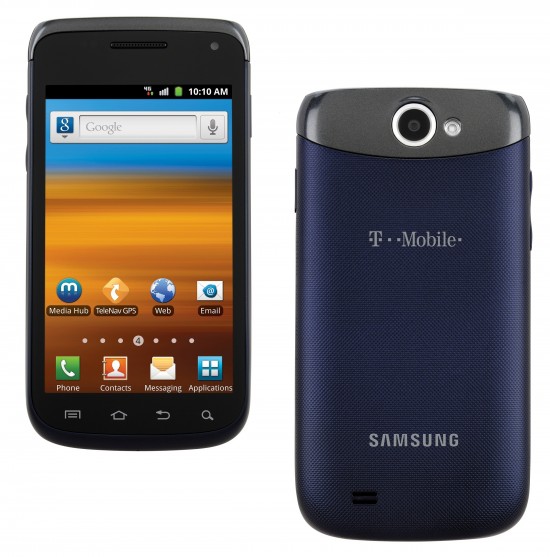 The original Samsung Exhibit 4G is barely a few months old but T-Mobile is getting ready for the upcoming holiday season with the announcement of the all new Samsung Exhibit II 4G for their network. The Exhibit II 4G is essentially one of Samsung’s Galaxy W tired devices and features a 3.7-inch 800×480 LCD display, 1GHz Snapdragon processor, 3MP rear camera, front facing camera for video chat, Android 2.3 Gingerbread and of course, running on T-Mobile’s uber-fast 4G network.

An affordable 4G smartphone with rich entertainment features, the Samsung Exhibit II 4G will be available via no annual contract and two-year contract options beginning Oct. 27.

BELLEVUE, Wash. and DALLAS  — Oct. 26, 2011 — T-Mobile USA, Inc. and Samsung Telecommunications America (Samsung Mobile), the No. 1 mobile phone provider in the U.S. 1, today announced the availability of the latest budget-friendly, feature-rich 4G smartphone: the Samsung Exhibit™ II 4G. The Samsung Exhibit II 4G will be the first no annual contract 4G smartphone to be sold at most Walmart stores, available starting Oct. 27. The Samsung Exhibit II 4G is also planned for nationwide availability with no annual contract plans as well as two-year contract plans starting Nov. 2.

“T-Mobile offers a variety of low-cost service plans that, paired with America’s largest 4G network, provide a compelling reason for consumers to step up to the benefits of 4G smartphones,” said Andrew Morrison, vice president, product management, T-Mobile USA. “The Samsung Exhibit II 4G is the perfect device for consumers desiring a smartphone with  robust 4G entertainment and Web browsing experiences – at a price they can afford.”

Featuring a 3.7-inch WVGA TFT touchscreen and a 1 GHz Qualcomm® Snapdragon™ processor, the Samsung Exhibit II 4G provides a variety of entertainment capabilities and Web browsing experiences on America’s largest 4G network®. The Samsung Exhibit II 4G offers access to thousands of popular TV shows and movies through T-Mobile® TV in mobile HD and Samsung Media Hub.  Powered by Android™ 2.3 Gingerbread, the device features some of Google’s most popular applications and services such as Google Maps™ and Gmail™, plus thousands of others via Android Market™.

Offered in a stylish marine blue color, the Samsung Exhibit II 4G makes it easy to share and take photos and videos via its 3-megapixel rear-facing camera with flash and video capture capabilities. The front-facing camera also makes it easy to connect with friends and family via video chat through T-Mobile’s 4G network or Wi-Fi. Additionally, the device enables consumers to organize personal and business email accounts, as well as sync with Microsoft® Exchange and Google calendar and contacts.

The Samsung Exhibit II 4G, exclusively from T-Mobile, will be available at most Walmart stores starting Oct. 27 and is planned to be available nationwide at T-Mobile retail stores, online via www.T-Mobile.com and at select dealers beginning Nov. 2. The Samsung Exhibit II 4G will be offered through no annual contract and two-year contract plan options, and is expected to cost $29.99 after a $50 mail-in-rebate card with a two-year service agreement and qualifying Classic voice and data plan, and $199.99 via no annual contract. 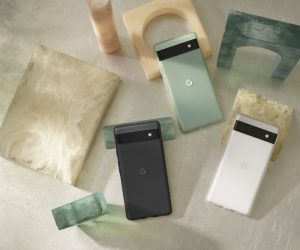 closeGoogle Pixel 6a unveiled: the must-have mid-range smartphone of 2022

There was certainly a lot of news shared during the GoogleI/O 2022 Keynote, the unveiling of the Pixel 6a is probably one that most people have been waiting for. As we’ve seen in years past, the new a-series smartphone is a cheaper variant of the flagship smartphones Google released in the fall, but it’s not …