Android is flourishing – nobody can deny that – but its success has to come at the expense of someone. Those someones are stale mobile operating systems that haven’t pushed far enough forward for consumers to take a renewed interest. We know all of this, of course, but just recently an analyst at Gartner – Roberta Cozza – did some number crunching.

Below are smartphone market share numbers from Q3 2008, and then Q3 2009, with the % change in parenthesis afterwards:

So Android, BlackBerry OS, iPhone OS and WebOS are all eating Symbian and WinMo market share. I’m a bit surprised Android doesn’t have even MORE market share but once the Motorola Droid/Milestone numbers are taken into consideration and some other models hit the market, that’ll quickly jump. In fact I don’t think it will take too long to double.

I have to say I WAS a bit surprised at how quickly iPhone & BlackBerry adoption is growing. The past year has seen Apple bringing the iPhone to more and more markets throughout the world and you really have to give them credit for their ability to blanket the world with regionalized versions of the iPhone. I would love to see how the American marketshare for the iPhone has risen in that same period.

I’m a bit perplexed how BlackBerry managed to grow their market share so much, especially considering the absence of a truly powerhouse consumer release. The Storm 1 and 2 weren’t exactly wonderful and the operating system hasn’t undergone much improvement. However, compared to WinMo and Symbian, BlackBerry looks legendary. And the company HAS done a great job building and maintaining their brand image and promoting their strengths.

Much like Android, WebOS came out of nowhere and I’m a bit surprised WebOS is even at 1.1% – it’ll be interesting to see how this number changes over the coming year.

So Android, BlackBerry, iPhone and WebOS look like they’re in pretty good position. What is the fate of Symbian and WinMo? Cozza weighed in on Microsoft’s positioning vs. Android:

“[Windows Mobile] remains well positioned within the enterprise,” Cozza noted, but she pointed out that 80 percent of smartphone sales are to consumers.

The analyst said Microsoft would have to come up with something “more competitive and consumer-oriented in 2010 when they announce Windows Mobile 7”, but the new operating system would have to be “something pretty drastic” in order to reverse Microsoft’s declining market share.

“All their licensees — HTC, Samsung, Sony Ericsson — are developing on Android,” Cozza said, adding that previous licensees Palm and Motorola have both abandoned Windows Mobile.

I think this trend will continue but you can’t count Microsoft out. If Windows 7 offers something different, compelling and up to date, they’ll still have ear of the entire earth. But its making somewhere worthwhile and competitive where they’ll struggle the most.

So what do you think marketshare numbers will be like in Q3 2010? Here is my guess:

A few things I would like you to remember:

What would YOU estimate/guess the marketshare will be like next year? 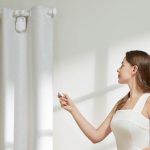