It’s hard to project numbers, statistics and percentages in such a rapidly evolving industry but when its your job to do that sort of thing, you don’t have much of a choice. Ken Dulaney from Gartner took a crack at predicting market share for each Smartphone OS and he estimated that Android could own a staggering 14% of the market by 2012.

The report has been making the rounds, appearing on sites like ComputerWorld, MobileCrunch and GigaOM as they agree – 14% would be HUGE. That would make Google’s Android the #2 Smartphone OS, second only to Symbian which is currently hemorrhaging customers. Even so, they would still have 39% of the market in 2012, more than double that of projected Android share.

Here is the full projected breakdown:

Call me crazy, but I think 14.5% is a MODEST prediction and in reality I think that number could be much higher, much sooner. Of course it will depend on the speed of production and adoption by manufacturers and carriers, but all the ingredients for a complete shift in the market already exist.

I wouldn’t be surprised to see Android at 20% to 30% market share by 2010 but of course that also largely depends on how the competition reacts. While Google seems to have the best idea/concept/product with Android, they don’t have a monopoly on ideas and anyone can come up with a competing software that eats away at Android’s market share. I just don’t see that happening.

So when 2012 rolls around we’ll link you back to this post to remind you of how right (or how wrong) we are… don’t let us forget. 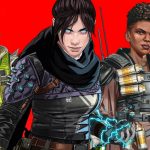 Apex Legends Mobile will be shutting down for