Remember OpenMoko? They’re the folks who promised, way back when Android was just a concept, that they WOULD indeed release an Android Phone. In fact, I think they vowed they would be the FIRST but it doesn’t look like that happened. 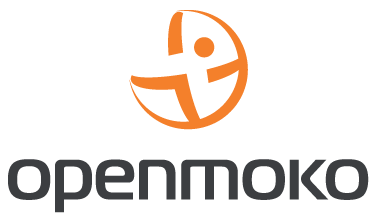 Nevertheless, they may be the second. The AndroidGuys got a hot tip that OpenMoko is reaching for a November release of a device codenamed the GTA02. Here are the rumored “specs” of the phone:

This will be a challenging step for OpenMoko but its an important step for not only them, but other manufacturers as well. The current hierarchy of mobile manufacturers has consumers mainly purchasing products from the top 5 or 6… if you’re not one of those guys, nobody really knows who you are!

So here comes OpenMoko, launching an Android Device that will IMMEDIATELY have all the benefits and capabilities of the T-Mobile G1 in terms of the software stack. The playing field has been leveled a bit, has it not? So if OpenMoko can be successful with their GTA02 – or whatever cutesy pet name they later assign – its going to drop mobile phone prices due to increased competitive pressure AND give us a whole heckuva lot more phones to choose from.

The wild card in all of this is carrier subsidization. The reason you get your G1 for $179.99 from T-Mobile $148.88 from Wal-Mart is because the carrier is offering you a discount to commit to their service plan. Big carriers and manufacturers have a “tight” relationship and they are fairly selective about which products they’ll “endorse” by means of subsidization. You can pretty much guarantee that no major carrier will put that kind of weight behind OpenMoko’s first ever Android Device.

Personally, I’d LOVE to see OpenMoko have an outrageous success with their upcoming device… whether it launches in November or at a later date. Because if they do, it could mean a lot of great things from a lot of otherwise unknown manufacturers who have a lot to bring to the table.