The Galaxy S2 (sometimes known as the Galaxy S II) is the follow up to Samsung's widely successful Galaxy S lineup. This time, the Galaxy S2 raises all the stakes and Samsung has found a way to double almost every spec in a true, one of a kind sequel.

With a 4.3-inch SAMOLED Plus screen (no more Pentile Matrix display), 1.2GHz dual-core Exynos processor, 8MP rear camera/ 2MP front-facing camera, both 1080p recording and playback, NFC capabilities, great battery life and one of the thinnest phones on the globe, the Galaxy S2 is a welcome update to the Galaxy family. Superphones don't get much better than this.

Many have heralded the S II as being the best smartphone to come out yet, with some reviewers saying that even the iPhone 4 can't beat it. It has Samsung's overlay, TouchWiz 4.0, which is said to be leaps and bounds better than 3.0.

The folks at GadgetLove are at it again, compiling every Galaxy S6 iteration into a single, mighty morphing GIF. Mesmerizing, isn’t it? 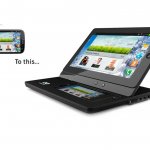 The PhonePad+ turns your Samsung smartphones into tablets for £149.99

ASUS made some pretty epic strides in the smartphone-tablet hybrid game with the Padfone combination, but you soon won’t need to own an ASUS smartphone in order to get that same sort of experience. Introducing the PhonePad+, an accessory designed to turn many smartphones into a tablet with a very nice and practical design.It’s a …

A couple of more Galaxy S2 variants are getting Android 4.1 Jelly Bean, folks. The lucky customers of T-Mobile and Virgin Mobile will be happy to know that Samsung’s 2011 flagship is getting upgraded to one of the most modern versions of Android there is at the moment. It’s not often a two-year old smartphone …

Samsung Galaxy S3 and Note 2 will reportedly get Android 5.0 upgrade, others to see Android 4.2.2

Key Lime Pie hasn’t had an official announcement, but an insider is already tipping us off to the select group of Samsung devices set to receive the new version of Android. As expected, the list currently includes only Samsung’s high-end devices from the past year, including the Galaxy S3 and Galaxy S4 as well as … 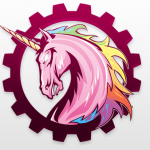 AOKP fans will be happy to know that a new upgrade has been issued. The update, an MR1 based on 4.2 and dubbed Build 3, adds support for five new devices, including the Samsung Galaxy Note 2 LTE, T-Mobile’s Galaxy S2 and the Acer Iconia Tab A510. Support for the international Samsung Galaxy S2 i9100 … 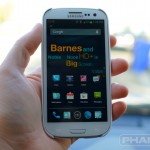 A pair of Samsung phones for Magenta are in line to receive some quick software upgrades starting today, it seems. The Samsung Galaxy S2, the 2011 sensation, will receive an upgrade that will apply a “Qualcomm fix,” and will also bring improvements to S Voice/Vlingo. Other security updates, bug fixes and device enhancements have been …

The wait for Jelly Bean is ending for some Samsung Galaxy S2 owners as the Android 4.1.2 update is now being pushed to handsets in Spain. This marks the beginning of what will likely be a lengthy process to deliver the new software to GS2 users around the globe.When it does arrive, owners of the … 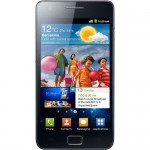 According to a new report, the Samsung Galaxy S2’s long-awaited update to Jelly Bean will kick off next month in Singapore. Initially, all signs pointed to Samsung delivering Android 4.1 by the end of 2012, but as the final days of the year waned the launch was delayed until early 2013.After starting in Singapore for … 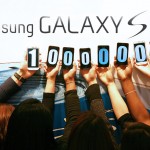 As Samsung’s total number of Galaxy S3 handsets sold passes the 40 million mark, another milestone has been reached. Since the introduction of the original Galaxy S back in spring of 2010, a total of 100 million devices falling under the brand have been sold.Each iteration of the Galaxy S has been hotter than the … 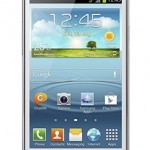 Samsung Galaxy S2 Plus unveiled, but why?

Samsung has just announced an amazing, great new phone — the Samsung Galaxy S2 Plus! Wait, what?! That’s right, we’re in 2013 and Samsung is releasing a refresh to a 2011 smartphone. The “Plus” edition of Samsung’s second flagship device houses a 1.2GHz dual-core processor, 1GB of RAM, 8GB of internal storage, a 4.3 inch …
See All