Everyone wants a smartphone, but some people are simply not ready to commit to the extra expenses that come attached with one. For such customers, Samsung has created the Galaxy Player series. These devices offer all the benefits of having Android without having to purchase a phone.

The Galaxy Player 4.2 was unveiled at MWC 2012. It will be released during May for a price of $200 in the US. The overall specs and quality are good, so it might also be a good device to get as a gift. You know, instead of an iPod Touch. 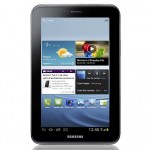 This is movement I can definitely get behind. Solid, good quality Android tablets, reasonably priced for under $300. With Amazon’s Kindle Fire the only (pseudo) Android tablet to make a splash here in the states, there’s no arguing its success was due largely in part to its rock bottom $200 price tag. Now, we have …
See All