On the back is a 12.3MP camera that Google says is especially good at indoor photos. The back is also home to a fingerprint sensor, which is used for a feature called “Nexus Imprint.” 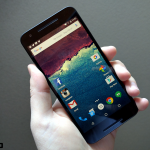 First 11 things every Nexus 5X owner should do

The Nexus 5X is a worthy successor, especially with Android Marshmallow right out of the box. If you’ve never used Marshmallow before there are a few new things you’ll want to set up right away. 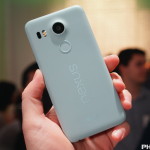 Hands-on with the Nexus 5X [VIDEO]

The Nexus 5X has been officially announced, and we were at the event to get our hands on the device. LG has tried to replicate everything we loved about the old Nexus 5, while improving upon its weaknesses. How did they do?

With all the good news that is going around about Android P, there’s a bit of sad news for some particular smartphone owners. Those who own the Nexus 5X, Nexus 6P, and the Pixel C tablet won’t be getting Android P.

LG has settled a class-action lawsuit over defective devices. If you were part of it, here’s what’s coming your way. 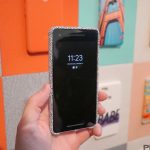 Google has released the January Android Security Bulletin for Pixel and Nexus devices, including the Pixel 2 lineup and even the Nexus 6P and Nexus 5X. 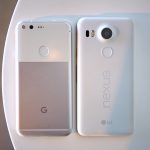 Project Fi isn’t honoring the terms of the original Nexus Protect agreement since there are no more replacement Nexus 5X devices to send out. 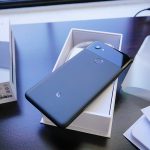 The November security updates for Android have now been posted for a handful of Nexus and Pixel devices, but images for the Pixel 2 XL aren’t available yet.

The latest October security patch for Android is available for Nexus and Pixel devices. Google says this patch should also fix the random reboots some people were experiencing with the Pixel on Android Oreo.
See All