Just a few months after its predecessors' release, this bad boy comes running into the party. It has been spotted in China and is being called the Motorola DROID RAZR HD. Rumors are indicating that this could also be the DROID Fighter that has been showing up in multiple Verizon leaks.


Details are still scarce, but alleged specs include a 4-inch 720p HD display, Android 4.0.3 and maybe a large battery like the one in the RAZR Maxx. 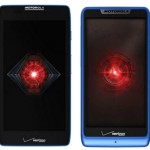 The Motorola DROID RAZR HD and DROID RAZR M have received an all new metallic blue paint job. Both are currently available online from Verizon Wireless. 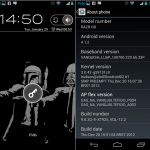 Android 4.1.2 Jelly Bean has hit the slopes for yet another group of folks. Our friends up in the great white north who own the Motorola RAZR HD — those on Rogers and Fido, in particular — will be doused in some Jelly Bean goodness rather than snow as the update has come down from … 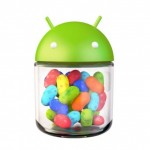 Rogers has updated the release schedule for the Android 4.1 upgrade for several of their top-teir handsets, including the HTC One X and Samsung Galaxy Note. January is the month to watch if you own either of those handsets or the Samsung Galaxy S2 LTE, Motorola RAZR HD, and Sony Xperia T. The adjusted schedule … 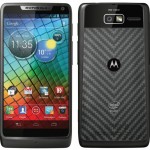 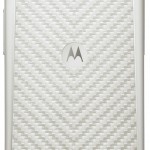 It’s easy to forget that today’s announcements didn’t just pertain to Verizon’s upcoming crop of RAZR devices. Alongside their US-exclusive DROID variants Motorola has confirmed that we’ll be seeing global versions of the Motorola RAZR HD, RAZR MAXX HD, and RAZR M, as well.While those of us in the US will likely need to import … 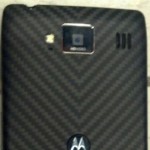 Motorola RAZR HD rumored to come by October, along with a Maxx HD version

We continue to wonder when Motorola will unveil the RAZR HD, and the latest rumor states that the device will be launching this October. That is not the most exciting part, though. These sources also swear by the fact that it will come accompanied by a slightly thicker RAZR Maxx HD. One of Motorola’s best … 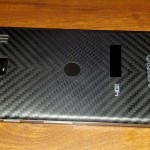 Yesterday, we got some of our first looks at the Motorola RAZR HD. There wasn’t much to be seen except a nice looking display and a back plate reminiscent to an ugly Christmas sweater.We expected Verizon’s version, which should come to market as the Motorola DROID RAZR HD, to look nearly identical, and thanks to … 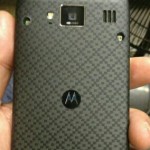 The Motorola RAZR HD has long eluded our eyes, but it appears someone has gotten their hands on an early prototype of the device. They graciously posted images of the device to the internet for all to see.Aside from a funky-looking backplate we can see that the device will feature on-screen capacitive buttons. The name … 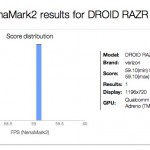 After yesterday’s blurry cam shots, we’ve gotten a few more details regarding Motorola’s Droid RAZR HD via Nenamark. The processor is the dual core Snapdragon S4, running at 1.5 GHz and the Adreno 225 GPU.The combination of the two again point towards an end-of-summer release, as we’re expecting the quad core Snapdragons and Adreno 3XX … 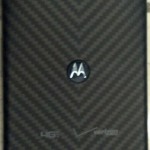 The Motorola Droid RAZR HD hasn’t been the most mysterious Android phone as of late, so here are a couple of blurry images to add to the handset’s mystique. We have a pretty good idea of what to expect when Verizon releases the latest Droid RAZR. Rumored specs include a 13MP camera, a dual-core Snapdragon …
See All