The Motorola Droid 2 is the followup to the Verizon handset that put Android on the map in a big way, and keeping with tradition key upgrades and an improved keyboard creates a device worthy of the name. Featuring a 1GHz processor, 3.7-inch display, and 5MP camera, the Droid 2 impresses with its power and style. The phone sports a slide-out QWERTY keyboard redesigned for a better messaging experience than ever.

A special edition Motorola Droid R2D2 with Star Wars-themed deco and pre-installed apps was released in the fall of 2010, and the Droid 2 was eventually replaced by the Motorola Droid 2 Global. The Global version of the handset features the same specs but adds in additional radio support for world-roaming capabilities. 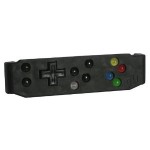 For hardcore mobile gamers and fans of old-school 8-bit and 16-bit action, a hardware keyboard and some slick Android emulators are a must. But if you already meet those requirements and call yourself a real gaming fanatic, the Game Gripper is essential to bringing the feel of a real old-school handheld system right to your … 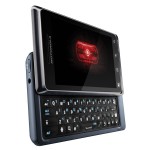 Users of Motorola’s Droid 2 should be seeing an OTA notification, as Verizon has updated the support page with the information that a new update (v4.5.621) is now available.What do you get for those 14 MBs?Device Features Device is enabled with the Wireless Alerting System. A Google Security Patch has been added to improve security … 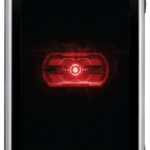 It didn’t take too long for the DROID 2 Global OTA update discovered over a week ago to begin rolling out to users. The update version is 4.5.692 and fixes some issues, including the device’s tendency not to save camera settings after reboots, automatic power-ons, fixed out of memory issues and more. Check inside the … 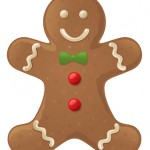 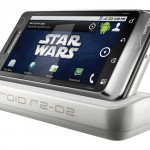 Considering the DROID 2 and DROID 2 Global have both gotten their Gingerbread updates, we weren’t surprised to see the DROID 2 R2-D2 wasn’t far behind – they’re practically the same phones. If you can’t wait to get your grubby little robot clamps on it, it looks like it’s rolling out now (at least the …

That’s right, folks. Tonight’s your lucky night if you’re a Droid 2 user. Seems the Gingerbread soak test for the Motorola Droid 2 went over well seeing how Moto is to begin rolling out the tasty Android treat for the masses starting tonight at 11:59PM. This will bring your device up to Android 2.3.3 and … 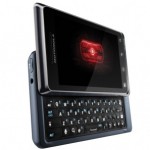 A few days ago we posted a leaked Verizon PDF showing the changelog for the Motorola Droid 2’s upcoming Gingerbread update. Well, we have been informed by one of our awesome readers that the soak test for the software 4.5.601 update is underway starting at 11:50pm tonight. Here is the post from the Motorola Owners’ … 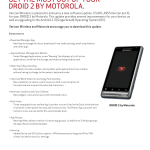 Verizon has outed the changelog to the long awaited Gingerbread update for the Motorola Droid 2. A soak test was supposed to begin this week, and very well may be under way, but it appears Verizon is inching closer to unleashing the new software version on the masses. The update will leave MotoBlur at build … 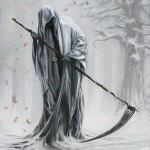 A Handful of Verizon Devices Reaching End-of-Life; DROID 3, Samsung Continuum and Tab 10.1 Getting a Bit Hard to Find

An update for you Verizon faithful looking to find a device you may want sometime soon. The Motorola Citrus and the Motorola DROID 2 (along with its global counterpart) will both see end-of-life on the Android side of the spectrum. Both have had good runs but have been outclassed by sequels or better comparable devices.There … 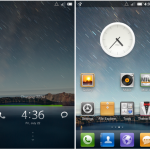 If you were wondering how soon you would be able to enjoy MiUi after the DROID X and DROID 2 got second init support, stop wondering – it’s here. Everything is as it would appear on other devices so you should feel right at home if you’ve been to this rodeo before. Simply download the … 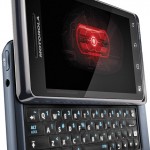 Motorola DROID 2 Getting CM7 Soon, Nightlies Are Headed Our Way

The first of many breakthroughs on Motorola devices, we hope – CyanogenMod 7 is now making its way to the Motorola DROID 2. This comes several days after a breakthrough achieved on the DROID X that allowed CyanogenMod 7 to boot and run. And run well, at that. Developer cvpcs says they’ll eventually be merging …
See All