The LG Apex is US Cellular's own version of the LG Ally first seen on Verizon. Though it was released nearly a year later, the specs remain without update. The Apex carries a 600MHz CPU, 3.2MP camera, and 3.2-inch display. The handset's most notable feature is its slide-out QWERTY keyboard. The four-row keyboard hosts several shortcuts and a directional pad for navigation.

Despite a lack of powerful hardware, the LG Apex is appealing to those skirting a major carrier and seeking a budget-level Android phone with an emphasis on messaging. 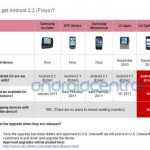 A roadmap of when you can expect Android 2.2 on your US Cellular Android has just surfaced, and if it holds true it looks like at least one US Galaxy S device could be getting its upgrade to Froyo very soon. As it stands, the Samsung Mesmerize is slated to get the update in early …

US Cellular Provides Froyo Timeline for All Their Android Phones

US Cellular’s done the unimaginable: they’re actually updating their customers on upgrade schedules for their phones! (That tone isn’t a knock against US Cellular at all, rather against some of the other big carriers who could stand to be a bit more transparent with their upgrade schedules. Some of this looks very good, and some … 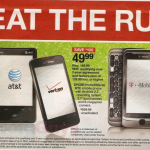 In just a little over a week malls will be overrun, parking lots will transform into hell on earth, and millions upon millions of holiday-frenzied shoppers will descend upon retail outlets. While it never sounds like a fun day to go out searching for gifts, the deals always seem to make it worth it. A … 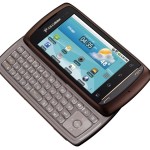 US Cellular has just announced their latest Android smartphone, the LG Apex. The Apex is an Android 2.1 device with a slide-out QWERTY keyboard, and if it looks at all familiar that may be because it is simply a differently colored LG Ally, the mid-range device released for Verizon earlier this year. The specs remain the …
See All