Huawei is still fighting to widen its market horizons and this might be one of the manufacturer's best phones of 2013. The Huawei Ascend P2 is coming with strong specs, including a 1.5GHz quad-core processor, a 4.7-inch 720p display, a 13 megapixel camera sensor, Android 4.1 and more. Huawei's biggest claim to fame is the 4G LTE Cat-4 radio inside, capable of reaching speeds of up to 150 megabits per second. Huawei used this innvoation to claim the "world's fastest smartphone" title. The Ascend P2 will be out in markets globally starting in Q2 2013. 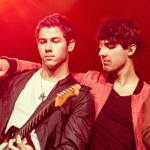 We’ve already seen the Huawei Ascend Mate and Huawei Ascend P2 at CES and Mobile World Congress earlier this year, and while we wait for Huawei’s 2013 “hero” devices to make their way stateside, we now have an idea on how the manufacturer plans to make them a hit. 1 word: Jonas.Yes, folks. Huawei — … 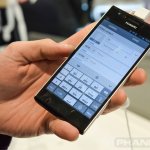 Huawei has issued their followup to the Ascend P1, the phone the kicked off the Chinese manufacturer’s transition to the high-end smartphone market. The phone features the most refined design of the company’s top tier handsets — it’s not quite as large as the the Ascend Mate or Ascend D2, making it Huawei’s most approachable … 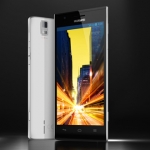 We all thought Huawei would be chasing the “world’s thinnest” claim with the launch of its Ascend P2, but the Chinese company seems to have another point to boast in its announcement. The latest flagship device from Huawei is being exalted as the “world’s fastest smartphone” as it has 4G LTE Cat-4 on board, good … 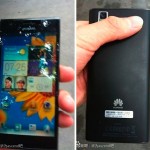 Information about Huawei’s Ascend P2 couldn’t come soon enough. It seems rumors about the phone change by the day, and now the latest one — regarding its display — is perhaps more troubling than anything, depending on who you are. According to Zol, Huawei decided not to put a 4.7 inch 1080p panel inside the … 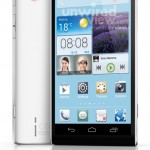 Huawei Ascend P2 to be water and dust proof?

As we inch closer and closer to Mobile World Congress later this month Huawei can’t seem to keep a lid on things regarding the Ascend P2. The device, a follow-up to the Chinese company’s 2012 flagship, is supposed to be the company’s best device yet. It’s main claim to fame will be the reclaiming of …

After a leaked press shot a couple weeks back, it’s time we get a real-world look at Huawei’s upcoming Ascend P2, the followup to last year’s ultra-thin Ascend P1. Aside from promising to reclaim the crown of world’s thinnest smartphone, the P2 will boast a smattering of high-end specs, including a 4.5-inch 1080p IPS display, …

We’ve been hearing a lot about the Huawei Ascend P2 lately, but it’s been tough to procure a shot of the device. We’ve been hearing that this is supposed to be the world’s thinnest device, but considering how often that title changes hands these days we aren’t sure if that claim has been outdated since …

We’ve heard a little bit about the Huawei Ascend P2 following CES 2013. According to rumors, Huawei is set to unveil the device at Mobile World Congress as the latest “world’s thinnest smartphone,” and although that title has become less and less prestigious over the years (a new manufacturer seems to reclaim it every other …
See All