An update to the original HTC Wildfire, the HTC Wildfire S provides key updates to a phone targeted towards phone seekers desiring a small, simple, affordable, yet attractive smartphone experience. The Wildfire S looks like a miniature version of the HTC-made Nexus One but its specs are more in line with a mid-range device.

The Wildfire S has a 3.2-inch screen with 320 by 480 pixel resolution. It's only 4-inches tall, 2.5-inches wide, less than half an inch thick, and 3.7 ounces, making it nice and compact for those who prefer small phones that fit more subtly in their pocket or purse.

The 600 MHz processor and 1230 mAh battery are on the lower powered end of the Android Phone line, but this phone is going for the every-man rather than attempting to be a multimedia powerhouse. However it also comes with a 5MP camera, 3.5mm headset jack, amd MicroSD slot, making it more than capable for the typical smartphone user. 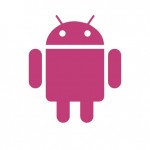 We reported earlier on a couple of updates headed to HTC devices on Sprint’s network, but as it turns out all handsets from the Taiwanese manufacturer are inline for an over-the-air patch. The new software tweak addresses privacy concerns raised when a security hole was uncovered earlier this month. HTC promised a quick fix, and … 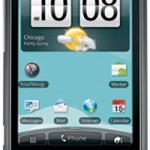 Though it might not be the latest thing out of HTC, US Cellular continues to add to their Android lineup with the release of the Wildfire S. Available for free after a $100 mail-in rebate, the HTC Wildfire S can be purchased online today and in stores October 21st. For new subscribers, US Cellular will … 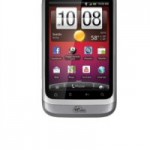 Following the announcement of their LG Optimus Slider, Virgin Mobile’s introducing their version of the HTC Wildfire S.  It’s nothing out of the ordinary and it’s the same exact phone as the version announced back in February (we’ll get you a rundown of specs in just a second). They’re bringing this to market October 23rd … 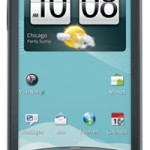 US Cellular is adding a few new HTC devices to its stable of Android offerings including two new smartphones and a tablet. In the high-end category we have the HTC Hero S features a 4-inch Super LCD display with qHD resolution, Android 2.3 with HTC Sense, and a 5MP camera (1.3MP front-facing). The HTC Wildfire … 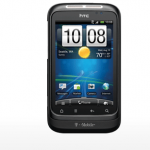 It’s only been about a couple of weeks since the announcement of T-Mobile USA’s HTC Wildfire and it’s now available for purchase. For those who don’t mind a small device that packs a decent punch and Gingerbread, you can purchase it for $80 on-contract. T-Mobile’s site should get you on your way. 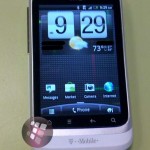 The HTC Wildfire S is headed to T-Mobile August 3rd, and though it’s mid-range specs are unlikely to make a big splash it offers an affordable option priced at $79.99. Sure enough, dummy and display units are already arriving ahead of next week’s launch showing off the handset’s 3.2-inch display, 5MP camera, and Android 2.3.3 … 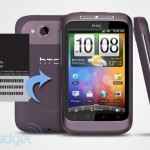 HTC Wildfire S Coming Soon to a CDMA Carrier Near You

After being officially announced by T-Mobile a few weeks ago, the HTC Wildfire S looks to be hitting a few more carriers here in the states. The device cleared the FCC once again today this time with CDMA bands making it a perfect fit for U.S. carriers like Sprint. It’s almost guaranteed to hit US … 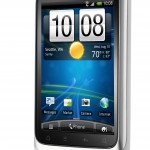 One of the best smallish phones to hit stateside is finally here, courtesy of T-Mobile. We’ve seen this thing on its roadmap before, and it wasn’t too long ago that a leaked spec sheet for T-Mobile’s version made its way to the net. T-Mobile’s spoiled our fun, though, and have gone and made it all … 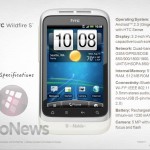 The Wildfire S has been available for awhile now in Europe and was recently leaked as the HTC Marvel for us here in the states. It’s been rumored to hit T-Mobile ever since the FCC filing and now, in an unexpected (but refreshing) twist, T-Mobile has decided to keep with the Wildfire S name. TmoNews …
See All