The HTC Puccini actually turned out to be the HTC Jetstream, a Honeycomb tablet for AT&T. Announced on September 1st, HTC will make the tablet available for $700 on-contract September 4th. It's a 10/1 inch device and looks to be a monster of a device, specswise.

Inside we have a dual-core Qualcomm 1.5GHz processor, 1GB of RAM and more. One unique function the Jetstream has is its HTC Scribe support, similar to what is found on the Flyer. The tablet will be compatible with HTC's digitized stylus (the Scribe Pen) that'll be able to tell the difference between the pen and your finger. 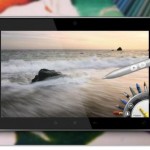 It’s no lie that the Android tablet scene is a tough cookie for OEMs. While Android phones took off with nary a problem, the growth of the tablet side of things has been a little more stagnant. We knew some OEMs were feeling the effects of it, and it appears HTC is the latest. The … 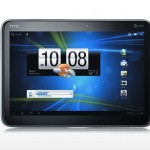 It’s been a long time coming for the HTC Jetstream but the job has finally been done. XDA user DooMLoRD has made public a permanent root and recovery method for the HTC Jetstream meaning ROMs will be on their way. The development community was next to dead without these things and now that they’re here … 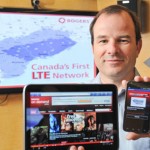 After unveiling their 4G LTE service in Ottawa a few months back, Rogers is spreading their next-gen network to three new cities and detailing plans for the release of their first compatible tablet and smartphone offerings. Montreal, Toronto, and Vancouver have all received their taste of LTE love, bringing high-speed cellular services to a large …

The HTC Jetstream, AT&T’s first 4G LTE enabled tablet has been finally made available today for $700 with a 2-year agreement. Afraid of commitment and looking to pay full price? Well, that will only set you back a measly $850 for the Sensified Honeycomb tablet. The HTC Jetstream (fka Puccini) features a 10.1-inch display, 1.5Ghz … 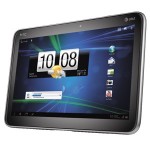 This is the announcement we’ve all been waiting for – availability of HTC’s first Android 3.0+ tablet. It’s being called the HTC Jetstream and is the “Puccini” that we’ve been talking about for so long. It’s a 10.1 inch Honeycomb tablet with a 1.5GHz dual-core Snapdragon processor, Scribe support (the pen is available free on … 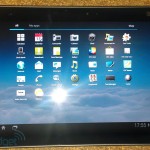 Looks like the boys over at Engadget found themselves these juicy pics of AT&T’s upcoming HTC Jetstream (better known as the Puccini) complete with 4G LTE branding on its rear. The device should be rolling out sometime in the very near future and looks to be AT&T’s flagship tablet for taking advantage of their upcoming … 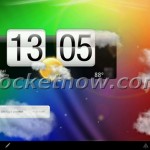 HTC Puccini Will Launch as HTC Jetstream on AT&T

New screenshots pulled from the HTC Puccini are shedding some light on what the tablet will be called when it hits the market, specifically AT&T’s version. Sticking with the aviation-esque theme established by the Taiwanese manufacturer’s first tablet, the HTC Flyer, the 10-inch Honeycomb slate will be tagged the HTC Jetstream when found bandying about …
See All