The HTC DLXPLUS is rumored to be Verizon's version of the HTC M7. It sports nearly identical specs, which include a 1.7 GHz quad-core processor, 2 GB of RAM, Android Jelly Bean, a 13 MP camera & 2.1 MP front shooter and a mighty 4.7-inch 1080p display. The DROID DNA was known as the HTC DLX when rumored, so there is also a possibility that this could be a successor to Verizon's HTC flagship device. 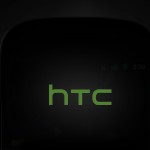 It seems HTC is looking to bring out a sequel to the HTC Butterfly, a phone that made a lot of noise in Japan last year. New information embedded within a leaked OTA document makes mention of the HTC “DLXPLUS” — the Butterfly’s codename was the HTC DLX. That isn’t definitive evidence, obviously, but we’ve … 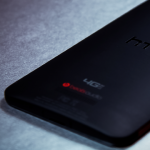 HTC 6445LVW shows up at Bluetooth SIG, potential One variant for Verizon?

HTC is launching their One flagship everywhere…except Verizon. It’s a curious move for the frequent Big Red collaborator, which has led many to speculate that the carrier could still receive a handset with many of the same specs and features, albeit under a different, potentially Droid-ified, name. A handset appearing in filings at the Bluetooth …
See All