While the ASUS Transformer Pad 300 Series was meant for the affordable tablet market, it did not fall short among a plethora of devices announced at Mobile World Congress 2012. The Tablet is very close to the ASUS Transformer Prime, which was considered the best Android tablet only a couple months before.

It sports a Tegra 3 quad-core processor, Android 4.0 and 1 GB of RAM. And if you are looking for a bit more personalization, it is offered in a variety of colors. These include red, white and blue.

If the pocket is not at its fullest, you might want to consider this tablet, which is expected to cost $400 upon release.

ASUS said to be working up Android 4.2 updates for its tablets

We’re not too surprised by today’s news, but we’re going to put it out there anyway: ASUS looks to be working on getting Android 4.2 out to its Transformer tablets. The news came via a call to customer service where one customer inquired about the upgrade for their Transformer Prime. The rep didn’t specifically confirm … 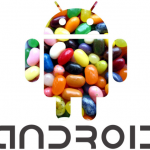 Great news for all Asus Transformer Pad TF300 users: check your tablet’s updates because according to some users over at Droid Life, you should be seeing some Jelly Bean treats waiting for you! It’s really good to see the update being made available a little over a month since the release of the source code … 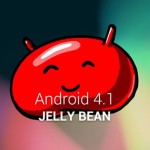 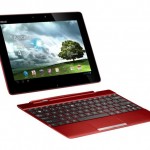 ASUS has been on point with providing frequent software updates for the lineup of Android tablets to address bugs offer feature enhancements and improvements. They have yet another available for the Transformer Pad 300 available now. The update, which brings the Pad 300 to software version 9.4.3.40, is minor in the grand scheme of things, … 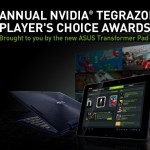 Week 3 TegraZone Anniversary Contest: Last Chance To Win! Tell Us The Next GTA Title You’d Like To See THD Optimized

Sticking to their policy of playing nice with the Android developer community, ASUS has released the bootloader unlock tool for the Transformer Pad 300. The  utility picks up where the Transformer Prime left off, which was the first ASUS slate to receive and official unlock treatment. Despite the official nature of the tool, it still … 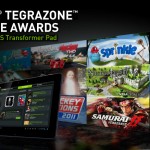 If you’ve used a Tegra-based device in the past year you are likely no stranger to TegraZone, NVIDIA’s game and app showcase highlighting the best of the best for Android devices. Celebrating its first year as a source of high-quality software for some of the world’s most powerful smartphones and tablets, NVIDIA is turning to … 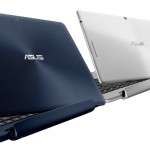 The latest member of the Transformer family from ASUS is now available for purchase by US consumers. The quad-core Tegra 3 slate can be purchased for an easy-to-swallow $379 for a 16GB WiFi model or $399 for the upgrade to 32GB of internal storage. The keyboard dock can be had for an additional $149. The 10.1-inch … 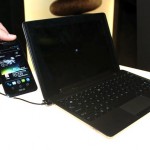 At an Italian event known as Milan Design Week 2012, ASUS showed off a few of the year’s most lustworthy Android devices — the ASUS Padfone, Transformer Pad Infinity (TF700T), and Transformer Pad 300. All three were on display at ASUS’s exhibit with pricing and a rough launch given for Italy (which should remain the …

The last time we heard about the availability of the ASUS Transformer Pad 300, it had popped up for pre-order at a few online retailers a few days ago. But now, it looks like we may finally have a date. An ASUS spokesperson told PCWorld today that the Tegra 3 powered Pad 300 will begin …
See All