Lenovo Slim 7 Pro X: Create content while on the go

Laptops have come a very long way since their early days. Initially designed as mere mobile counterparts to desktops, laptops these days have, to a certain extent, replaced desktops for quite a number of users.

Being small, powerful, and featuring performance that can rival some desktops, means that more users have the choice and ability to work on the go while expecting similar results as their home desktop computers.

Plus, with many living the digital nomad life, having a capable laptop that performs well under pressure could be key to making a living for some people, so with that being said, if you’re looking for a new laptop that can help with content creation while on the go, the Lenovo Slim 7 Pro X could be the laptop for you. 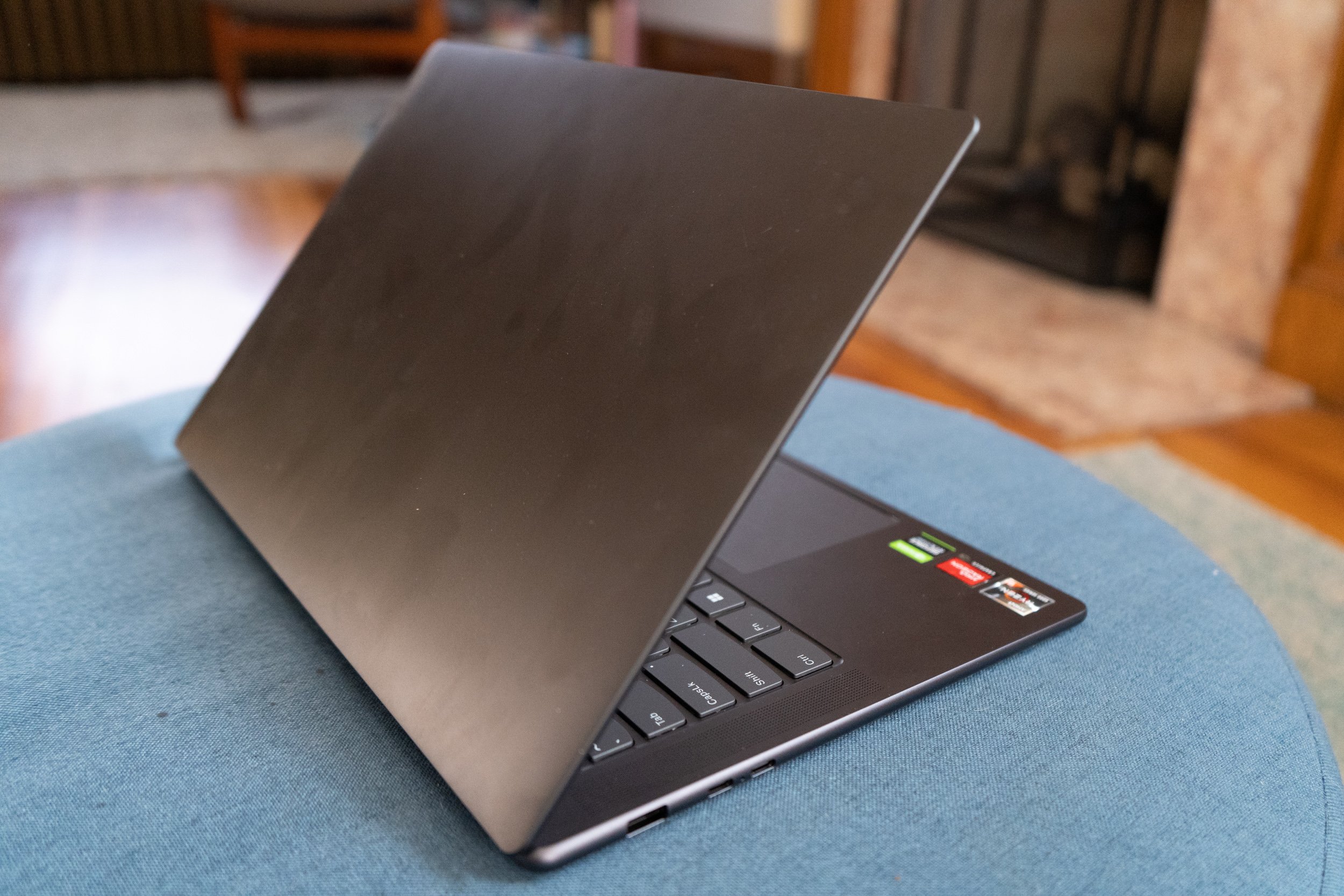 Laptops come in a variety of sizes and thicknesses, and if you’re constantly on the move and don’t want a bag of bricks weighing you down, the Lenovo Slim 7 Pro X has you covered. The laptop weighs starting at 1.45kg, which given all its specs and features is actually relatively light.

It is also scarily thin at 15.9mm, which means that if you don’t want to carry a laptop bag, the Slim 7 Pro X will be thin enough to fit into most backpacks with ease, or if you want to stick it under your arm and carrying it with you from room to room or location to location, it will be slim enough where it won’t be a burden.

Lenovo is only offering one color finish in Onyx Grey to give it a more toned-down and serious look, plus the matte finish also means that you can carry the laptop around and it won’t show fingerprint marks like some glossy finishes. 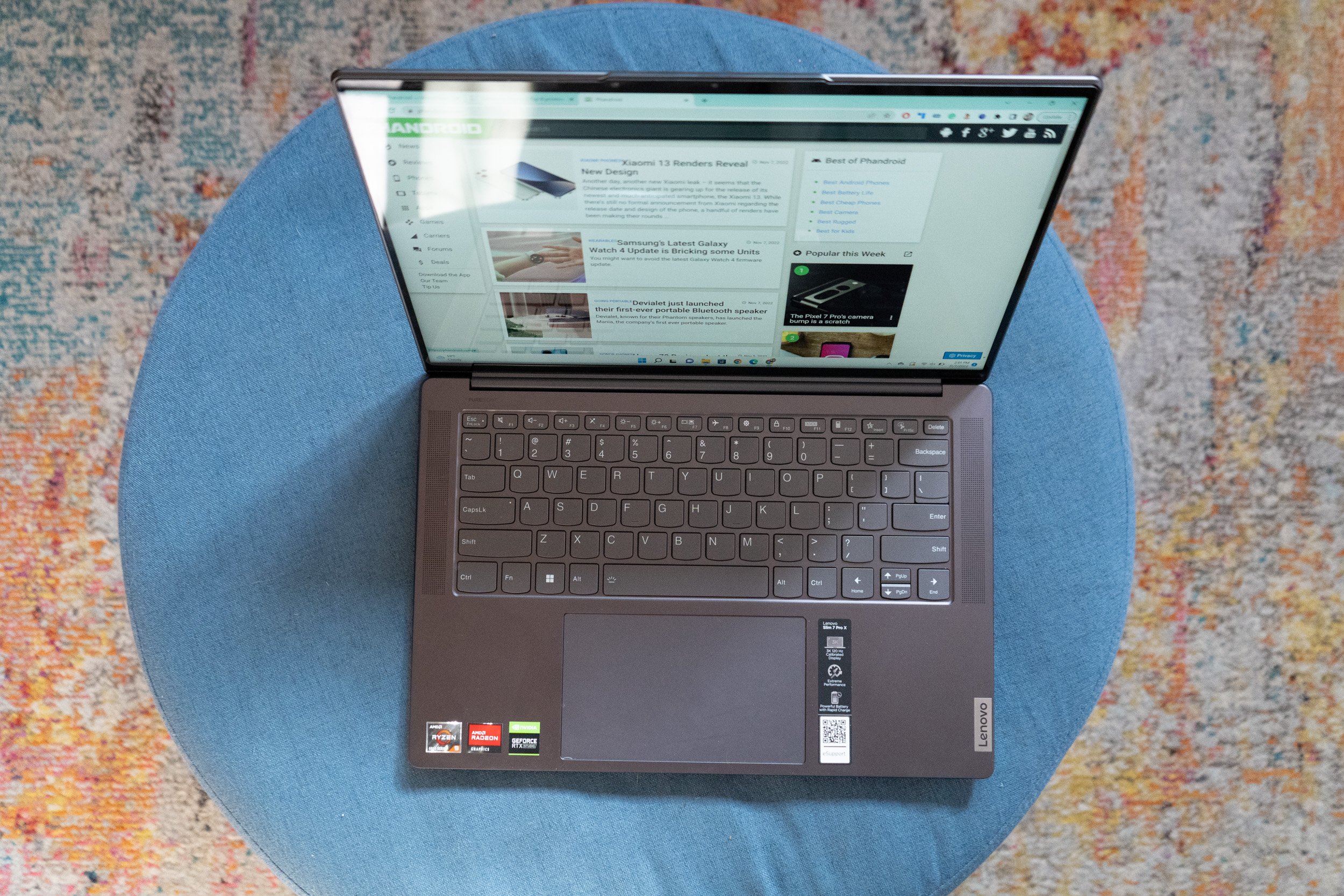 Now, this laptop has been designed with creators in mind which means that if you’re someone who edits photos or videos, you’ll obviously want a display that is capable of showing you what you’ve edited properly.

Seeing as our media is growing in resolution, Lenovo has wisely opted to equip the Slim 7 Pro X with a 14.5-inch display, making it relatively big enough that you won’t strain your eyes, but small enough to be portable.

It also features a high resolution of 3072×1920, which means that content on the display should look pretty sharp. Lenovo has also included a 120Hz refresh rate, making it perfect for games, watching videos, and scrolling through documents and websites at a buttery pace.

The display is also touchscreen enabled and uses an IPS panel with support for Dolby Vision, TÜV Rheinland low blue light certification, PureSight, and NVIDIA G-SYNC, with a peak brightness of 400 nits. 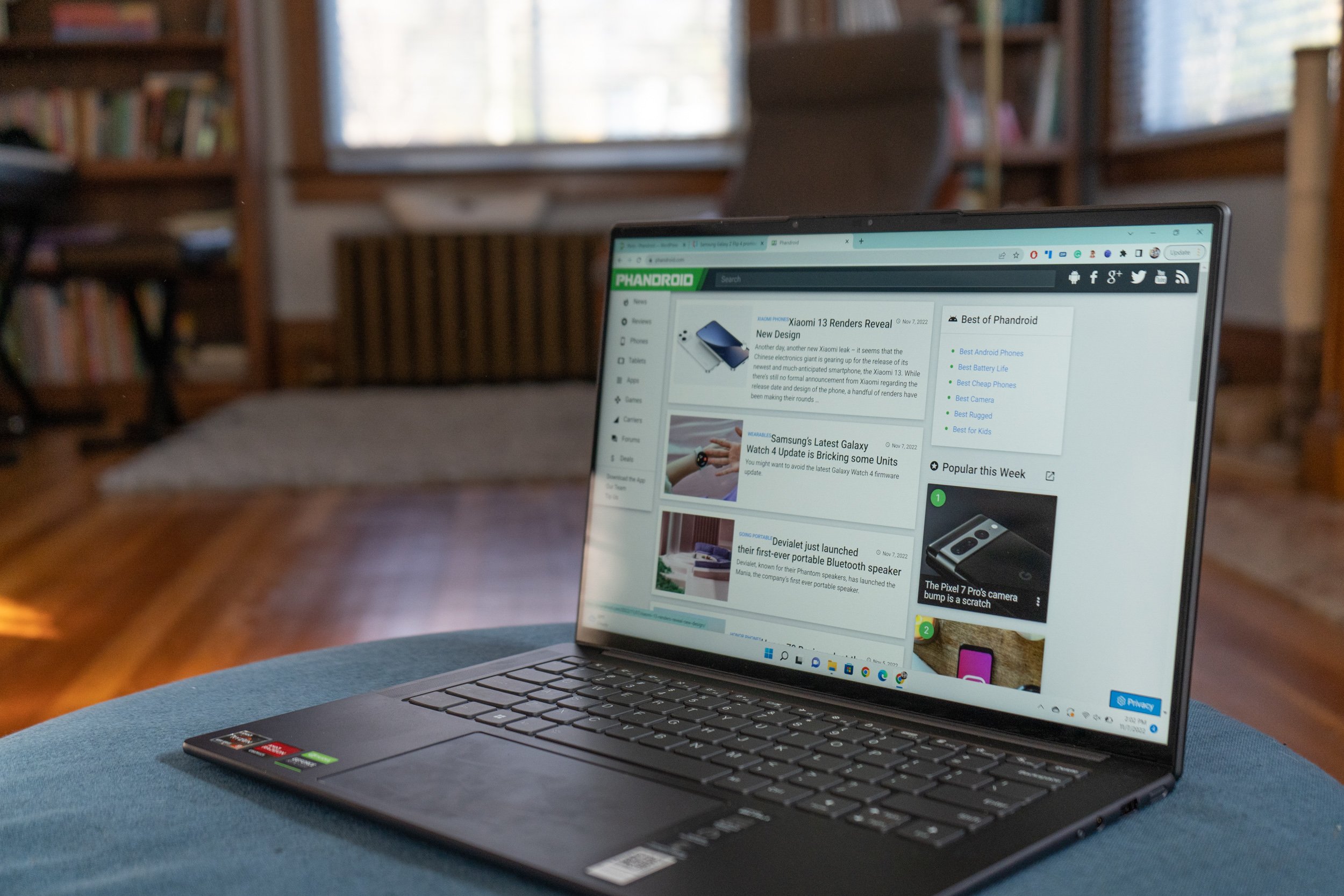 We imagine that aside from working, most users probably use their laptops to wind down, like watch TV shows, movies, YouTube videos, and more. This is why Lenovo has decided to stick a pair of 2x2W Harman speakers into the laptop, while also supporting Dolby Atmos, thus giving users the best sound possible that they might expect from a laptop speaker.

There is also a built-in webcam with a privacy switch, and a built-in microphone so if you need to chat with your friends, family members, or colleagues, you’re pretty much all set up and good to go without needing any additional accessories or peripherals that might weigh you down.

It also comes with a 1TB PCIe SSD Gen 4 so there will be more than enough storage for your files, plus the fact that it is a PCIe SSD means that reading and writing files to it will be quick.

Since this laptop has been made with content creation in mind, it needs to be powerful and it can edit photos or videos with ease. After all, what good is a creator’s laptop if it isn’t powerful enough to do things creators might want to do with their computers, right?

There will also be support for up to 32GB of RAM, so unless you’re doing some hardcore 3D rendering, 32GB should be more than sufficient for most users. But let’s not forget the graphics department because the laptop will also come with the NVIDIA GeForce RTX 3050 GPU with 4GB of GDDR6 VRAM, making this quite a powerful laptop not just for content creation, but if you want to play some games, you won’t have to resort to playing it on the lowest graphics settings. 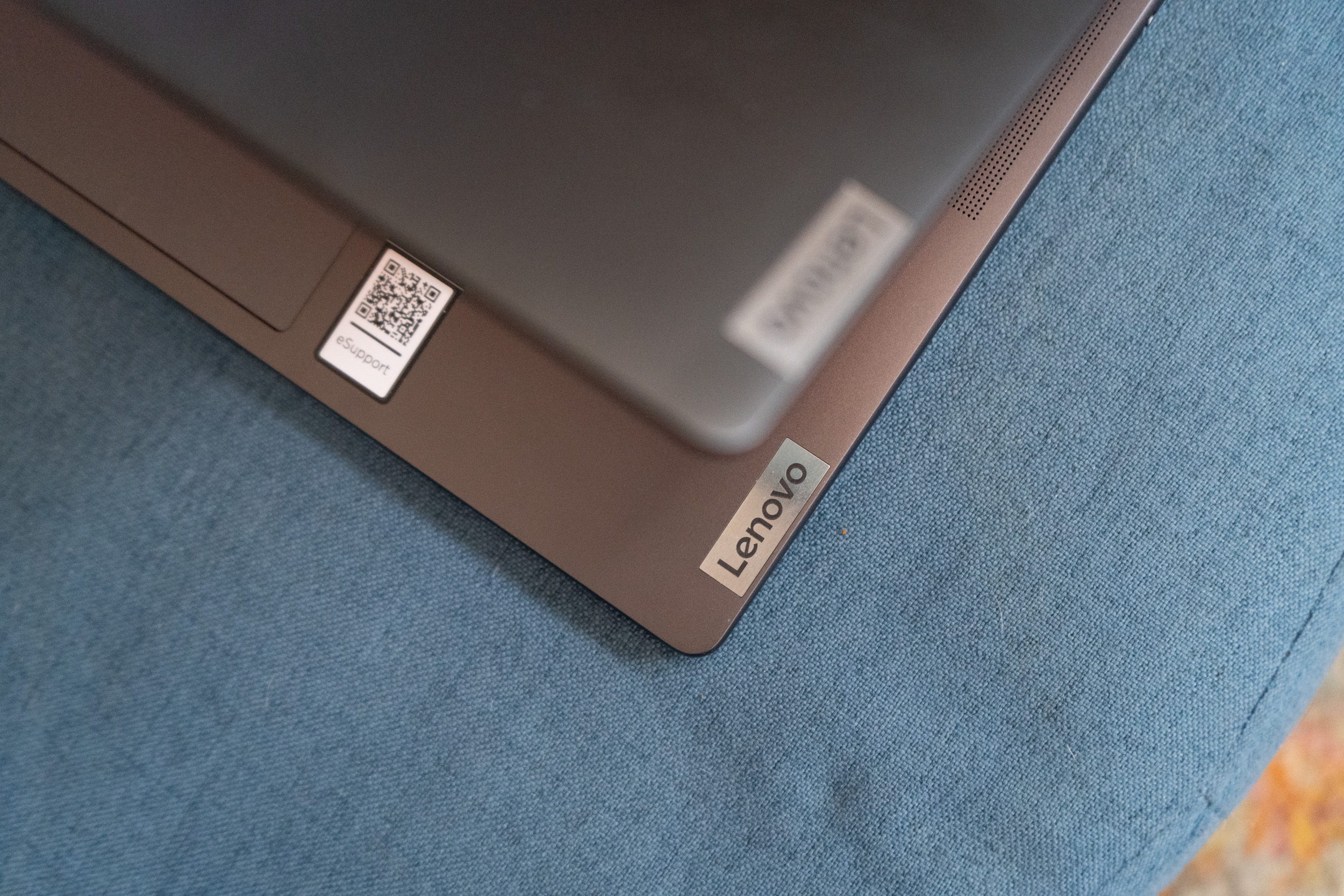 As laptops were designed to be portable machines, having long-lasting battery life is a must. What good is a laptop if it’s out of juice, right? Plus some users might be traveling a lot and won’t always have access to a wall socket, so having enough battery to safely get you to your next destination is key.

With the Lenovo Slim 7 Pro X, it features a 70Whr battery. According to Lenovo, this battery will allow users as much as 15 hours of battery while playing 1080p videos. Of course, this might vary from user to user and their settings, but 15 hours is honestly very impressive so unless you’re completely going off the grid, this should be enough to last you through the day and then some.

So, if the Lenovo Slim 7 Pro X sounds like it could be the perfect laptop for you, you’ll actually be pleased to learn that it isn’t prohibitively expensive for a laptop with its specs and features.

The base model with the AMD Ryzen 6000 series CPU will be priced starting at $1,430, but it seems that Lenovo is actually discounting the higher-end model with 1TB of SSD storage by as much as $365, which means that instead of paying $1,554.99 for the higher-end model, you’ll only have to pay $1,189.99, which is honestly quite a steal. 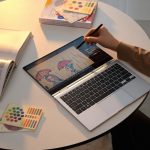 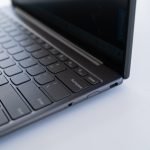 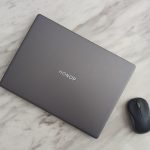