Twitter starts rolling out the ability for users to edit tweets

For years, Twitter users have been asking the company for the ability to edit their tweets. Right now, there’s no way of editing a tweet short of deleting and reposting the corrected version, or posting a follow up tweet with the edits.

But as some of you might have heard, Twitter actually started to test the feature internally last month and the good news is that the company has officially announced that they are now rolling out the feature to users, but there is a catch.

now that Edit is rolling out in Twitter Blue Labs, here’s what you can expect

see that little icon? it’s there to let you know that the Tweet has been edited pic.twitter.com/Av6vZYuVeO

First of all, you will need to be a Twitter Blue subscriber in order to take advantage of it. For those unfamiliar, Twitter Blue is Twitter’s subscription service where for a monthly fee, you get access to certain perks and features that will not be available to non-Blue subscribers. As for the second part of the catch, the edit function will only be available for users in Canada, Australia, and New Zealand for now.

We’re sure that Twitter will eventually roll it out to more countries, but for now, those are the only three places that will have access to it. Keep in mind that editing a tweet doesn’t mean you can change its contents and no one will be the wiser. There will be a history feature that will show the different edits you’ve made, so while editing might be useful if you’re trying to correct typos, it won’t be as useful if you’re trying to change what you’re saying without anyone noticing it. 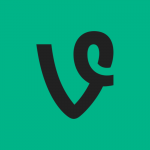