Black Shark 5 Pro: takeing mobile gaming to the next level

A few years ago when gaming smartphones were first announced, it seemed like a ridiculous idea. While mobile gaming is indeed a very popular and lucrative market, we questioned whether or not it was necessary to actually create a phone specific to gaming? After all, wouldn’t it just end up targeting a niche audience?

We couldn’t be more wrong because even if you’re not a gamer, it doesn’t mean that the features you would find in a gaming smartphone would be useless to you. After all, a display with a faster refresh rate, who wouldn’t want that? A phone that has better cooling? Sure, why not? A phone that has more RAM and customizable physical buttons? Plenty of use for that.

That being said, if you’re a mobile gamer who’s looking for a new phone or someone who can appreciate the features that gaming phones bring to the table, then you might be interested in taking a look at the new Black Shark 5 Pro smartphone from Xiaomi’s Black Shark brand. 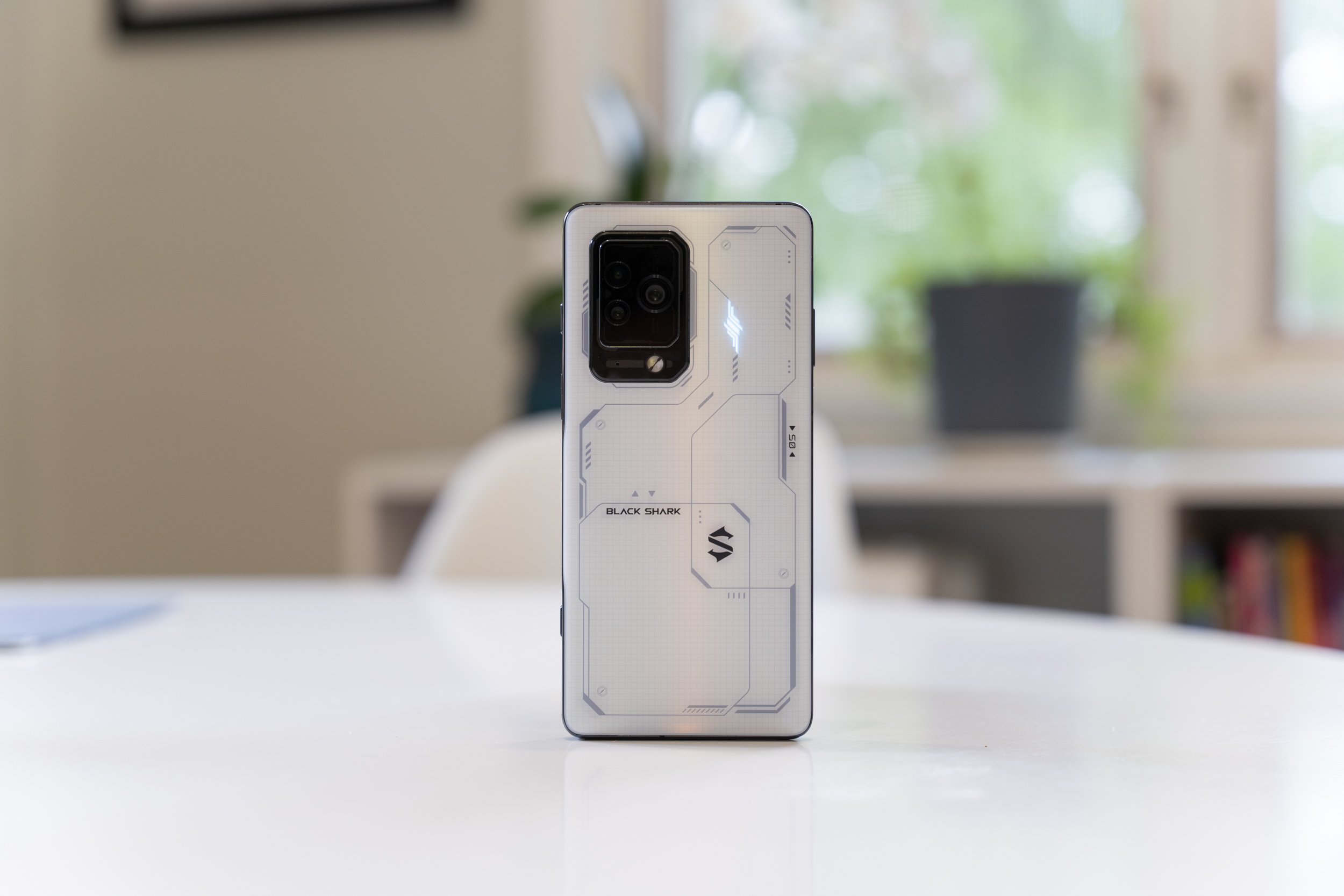 Seeing as this is a gaming smartphone, we can’t say we’re too surprised at the design direction that Black Shark has chosen. Instead of something sleek and luxurious looking like you might expect from a flagship phone, Black Shark has opted to create something more edgy-looking and sci-fi-ish.

It’s not a bad look if you’re into that kind of aesthetic, and like you might expect from a gaming computer that has RGB lights, the Black Shark 5 Pro actually has a little section on the back of the phone that lights up green for that little bit of flair.

The phone also comes with a host of buttons along the edge, like a power on/off button as well as magnetic popup triggers that we will talk about more in a bit. 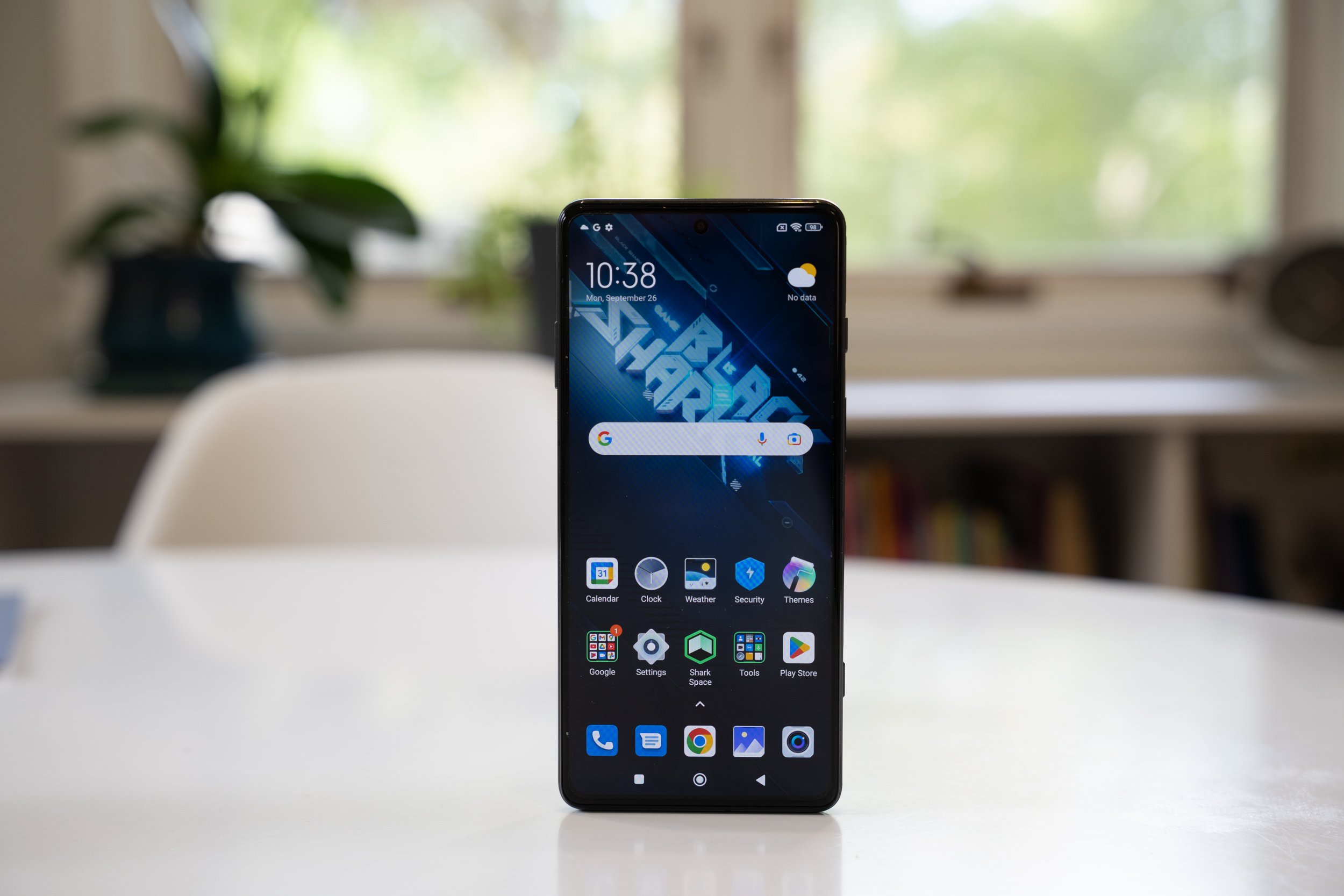 Seeing as this is a gaming phone, its display could be argued to be one of the more important hardware features and Black Shark does not disappoint with the Black Shark 5 Pro’s display.

It also boasts 10-bit color depth with support for DCI-P3 and HDR10+. Basically, it should result in a bright, beautiful display with a buttery smooth response that will make playing games, watching movies, and surfing the web a pleasure.

It also has a 720Hz touch sampling rate and according to Black Shark, they have incorporated what they’re calling the TouchControl Master algorithm that is supposed to minimize the latency when you touch the display, which should come in very handy when you’re playing games that might require a quicker reaction time.

The Black Shark 5 Pro will also boast dual zone pressure-sensitive displays which should open up more flexibility and options when it comes to gaming.

The second most important feature of a gaming phone other than its display would also be what’s under the hood. Black Shark has opted to equip the phone with Qualcomm’s Snapdragon 8 Gen 1 chipset, the same chipset found in many other flagship phones released in the first half of 2022.

This means that in terms of performance, it is a beast and users should not expect anything less. Of course, with so much power, the phone has the potential to run hot, especially during extended gaming sessions, so Black Shark has seen to that by including the use of Dual VC Liquid Cooling. 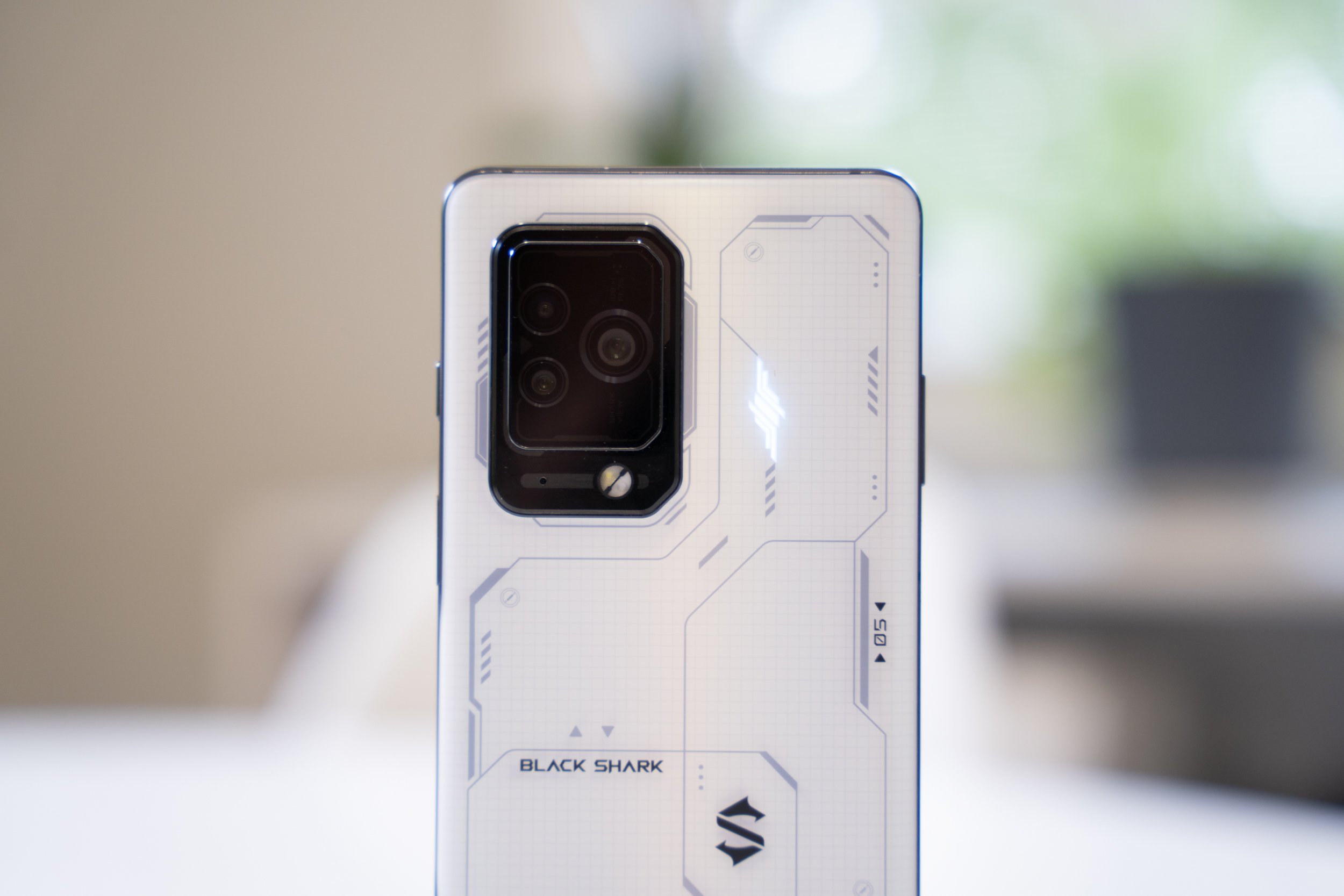 On the camera front, the Black Shark 5 Pro is no slouch either. It boasts a 108MP main camera, a 13MP wide-angle camera, and a 5MP telephoto camera. It also comes with features like audio zooming, so it can automatically zoom into the sound source and track the voice of the subject, which could make for some interesting footage.

By including two VC plates on both sides of the phone’s internals and direct-attached copper alloys, Black Shark is ensuring that the phone will be able to run cool even under heavy loads more efficiently compared to traditional thermal gels. According to the company, cooling on the phone should be much better as we’re looking at a liquid coolant flow rate increase of 30%, and the VC heat dissipation should also see an increase of 50%.

In addition to boasting a very powerful chipset and robust cooling system, the Black Shark 5 Pro comes with a set of powerful speakers. We’re talking about two flagship 1216P speakers, advanced algorithms such as NLC and additional tuning by the company’s audio engineers. It should result in a much better experience while gaming, watching movies, or listening to music. 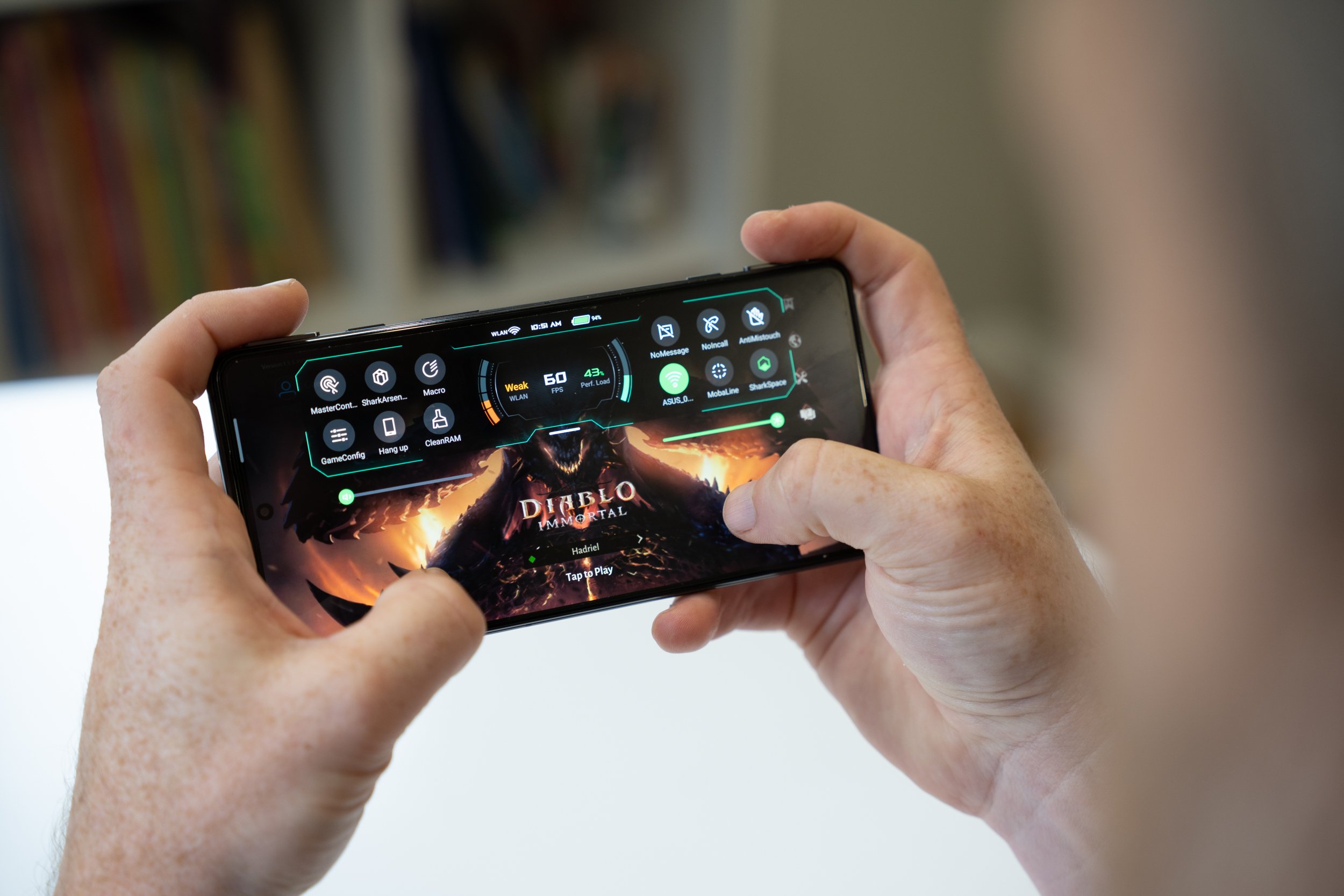 So, now that we’ve covered the display and performance, both of which could easily be found in a flagship phone from 2022, what makes the Black Shark 5 Pro different from your run-of-the-mill flagship?

These triggers lay flat against the side of the phone when not in use, but flip the switch and the triggers will pop out and will give users more control when playing certain types of games, such as FPS titles, racing titles, fighting games, and more. But what if you’re not a gamer? 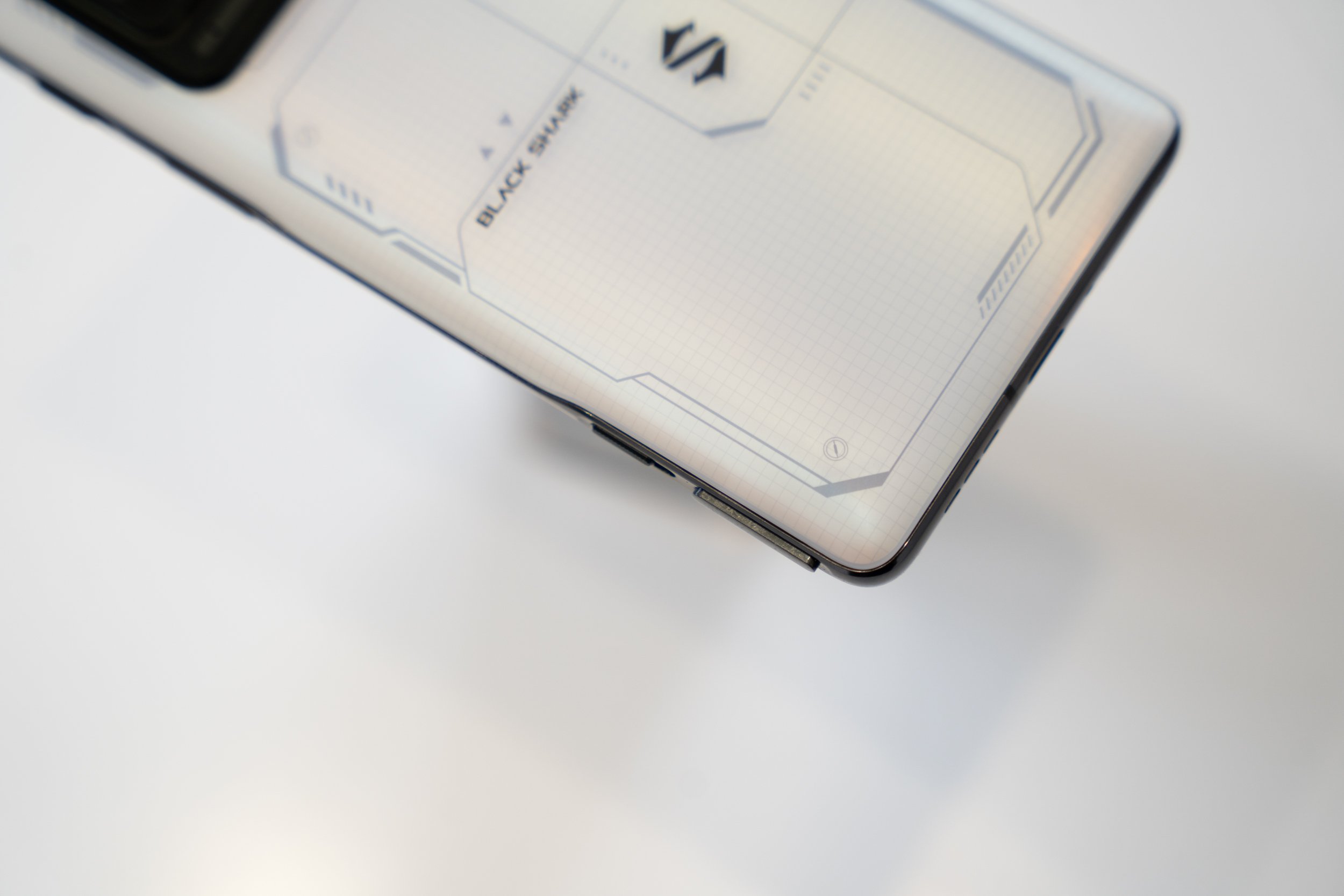 This is why, like we said, there are some features of a gaming phone that might be useful even for non-gamers. The shoulder buttons can be customized so that even if you don’t game, you can change it in the settings so that the buttons can do something else. Want to use it to launch the camera app? Done. Want to use it to trigger the flashlight on the phone? No problem.

Black Shark has included a bunch of customization options that you can use with the shoulder buttons, so even if you don’t game, they won’t be completely useless.

Now, what good is a gaming phone if the battery runs out quickly, right? According to Black Shark, they have equipped the phone with a 4,650mAh battery that can support 120W fast charging. This means that in “Ultimate Mode”, the phone will be able to fully charge within 15 minutes, which is crazy.

If you’re concerned that too fast of a charge might be bad, there is an “Even Mode” that will take about 24 minutes, which is still pretty crazy fast when you think about it. Black Shark also reassures that its battery is capable of lasting more than 1,200 charging cycles.

This means that even if you were to fully recharge from 0-100% on a daily basis, it should last you a little under four years.

If you’re a gamer looking for a new gaming smartphone, the Black Shark 5 Pro is a no-brainer. With its fantastic display, magnetic popup triggers, awesome built-in speakers, and a robust cooling system, it has pretty much everything you could ask for from such a device.

But these are also the reasons why even if you’re a non-gamer, the Black Shark 5 Pro could also be the perfect phone. Like we said, it has all the features mentioned above and also a fantastic camera system, fast charging, and a buttery smooth display with top-notch performance, if that doesn’t scream flagship, we don’t know what does. 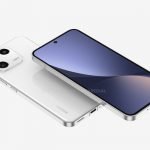 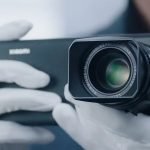 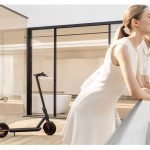