Google Lens is a really potent feature that utilizes the camera to look for items around. It is accessible through Google Photos, Google Camera, and the official Google app. The fantastic tool just received a useful addition, and it is supposedly coming on iOS and Android.

If you possess an Android smartphone like the Pixel 6a, you probably already know that when you open the Google Lens camera, you can select from a variety of filters found at the bottom of the screen. They provide customers access to many sorts of app features based on individual needs and have Google Translate, Text from photos, regular Search options, help with Homework as well as additional features.

A recent 9to5Google story claims that Google just updated the Lens feature, allowing users to examine filters before beginning to record using the Lens. Currently, the first area you see when you run Google Lens from either the search feature or from the shortcuts widget one of the first things you’ll see is three sections with the top section being access to the camera.

The filters are now displayed in Lens’ camera section as pills, allowing you to select a mode before the camera mode even starts. Additionally, sliding through the filters will show you what they do to give users a sense of what they’re looking for.

On mobile devices, this update seems to be going out right now, though it doesn’t seem to be broadly accessible just yet.

Just before Google’s forthcoming Search On 2022, which is scheduled for September 28th, the update is released. The business could release new features for the Google Search and Lens apps, like those hinted at during I/O earlier this year. 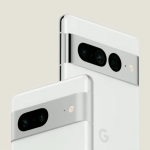 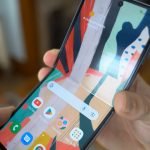