These days, we’re seeing more companies step into the foldables space with foldable smartphones, but it looks like Lenovo is taking things even further by announcing the Lenovo ThinkPad X1 Fold, which is very possibly one of the world’s first ever laptop to come with a foldable display. 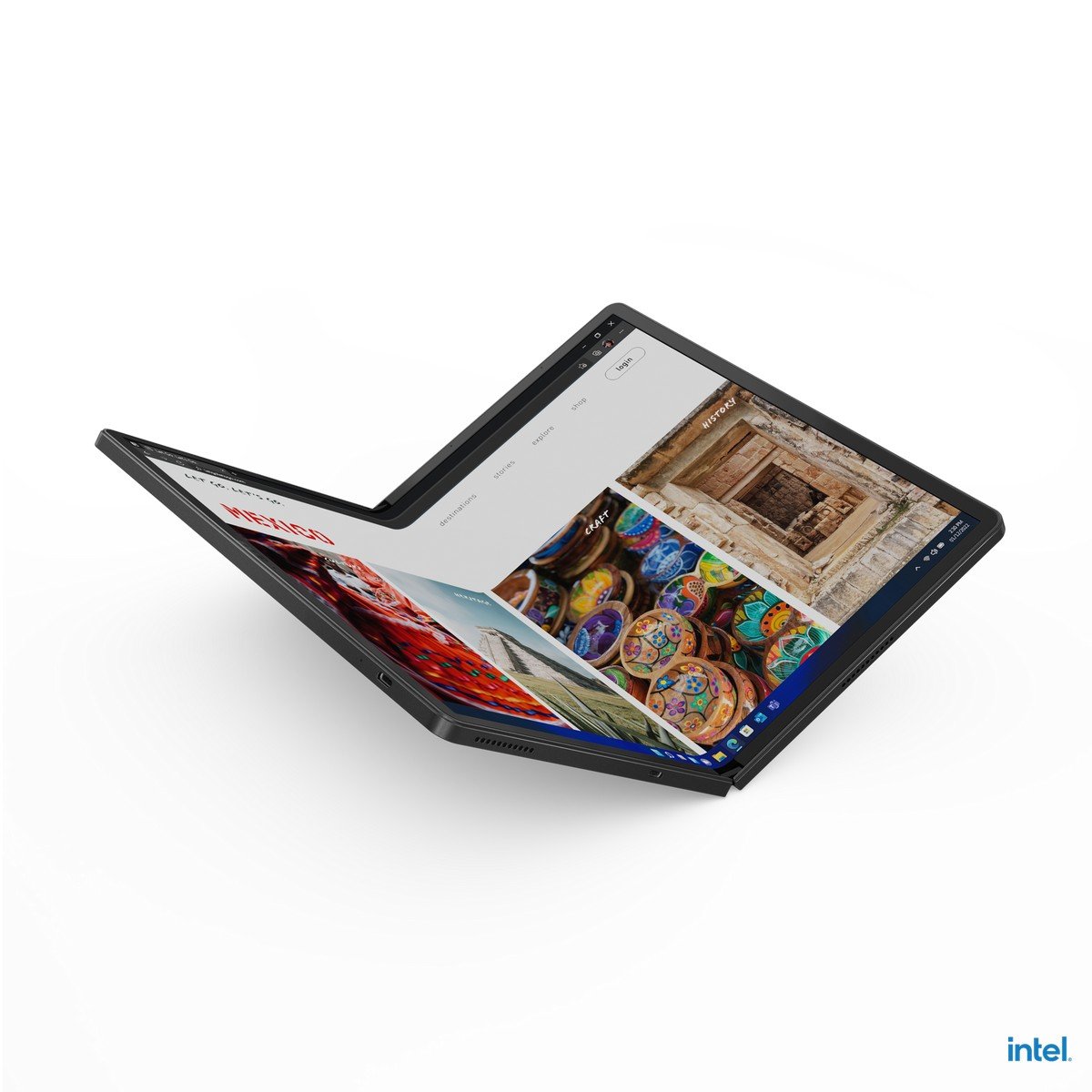 Laptops themselves fold, obviously, but with the ThinkPad X1 Fold, the entire inner portion of the device is made out of a foldable display, 16-inches to be exact. We’ve heard rumors that Samsung could be thinking of making a foldable tablet next, but it appears that Lenovo could have beaten Samsung to the punch. 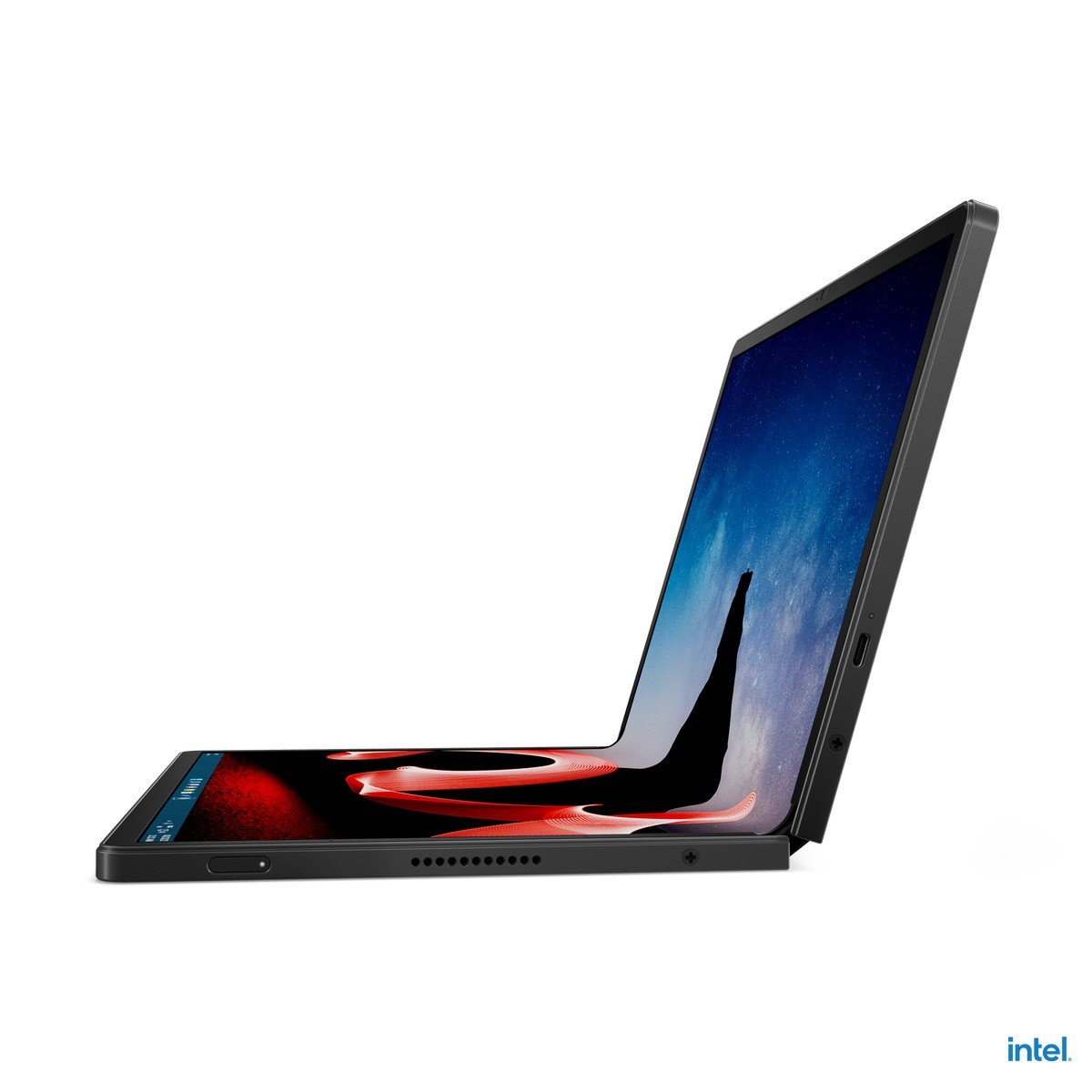 Under the hood, the Lenovo ThinkPad X1 Fold will be powered by the Intel vPro, which is an Intel Evo Design with support for up to Intel’s 12th Gen Core i7 processors with Intel Iris X Graphics. The laptop will be capable of supporting up to 32GB of LPDDR5 RAM and up to 1TB of SSD storage. 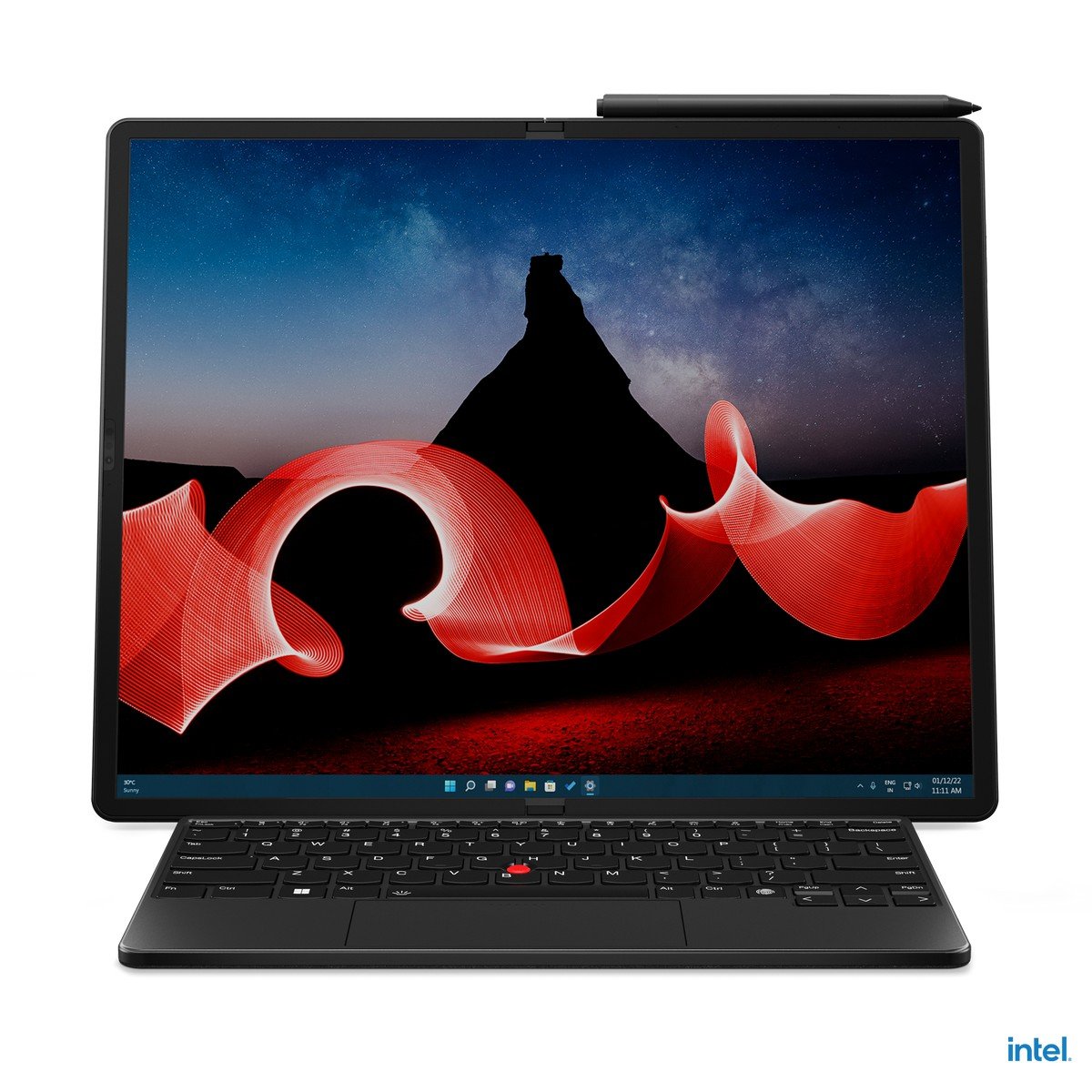 While Lenovo calls this a laptop, it does feel more like a tablet to us as it does not come with a built-in physical keyboard. Instead, the keyboard will be sold as an optional accessory which also features a built-in trackpad and can be attached or detached from the device when necessary.

Users will have the option of using it like a traditional laptop in laptop mode, but you’ll sacrifice screen real estate in exchange for an onscreen keyboard. That being said, the Lenovo ThinkPad X1 Fold will not come cheap. It is priced starting at $2,499 and will be available for purchase this coming November.