We have been hearing about the ASUS ROG Phone 6 for a while now, and for those who are interested in the handset, you’ll be pleased to learn that the phone has since been officially announced, and it packs some pretty monster hardware.

Starting with its performance, the ASUS ROG Phone 6 will be powered by Qualcomm’s Snapdragon 8+ Gen 1 chipset, which is the latest flagship chipset from the company. It will also come with 12GB of RAM and 256GB of storage, but there will also be another variant with a whopping 18GB of RAM, which is probably the most we’ve ever seen in a smartphone. 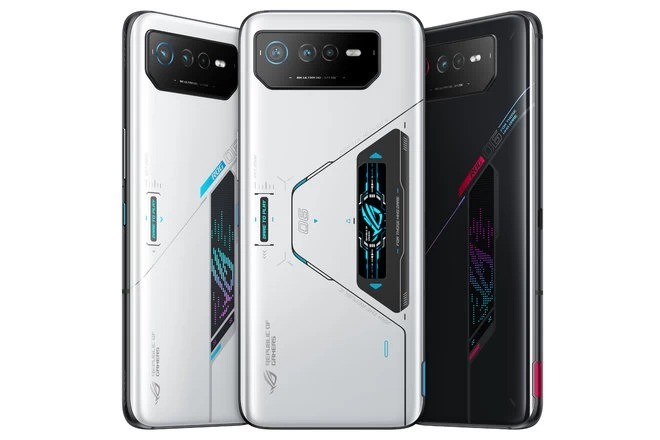 The handset will also feature a 6.78-inch Full HD+ AMOLED display with a buttery smooth 165Hz refresh rate, which once again is also one of the highest we’ve seen in phones. It offers a 1ms response time, 720Hz touch sampling, and 1,200 nits peak brightness. Speaking of displays, the ROG Phone 6 also comes with a small PMOLED display on the back which is a bit of a novelty, but also pretty cool.

ASUS has also ensured that the phone will run cool during extended gaming sessions with its GameCool 6 cooling system, which ASUS says is more efficient than its predecessor by up to 10-degrees Celsius.

On the camera front, the ROG Phone 6 will come with a 50MP main shooter, a 13MP ultrawide, and a 5MP macro, along with a 12MP selfie cam. There will also be an in-display fingerprint sensor and ultrasonic sensors that will be used for the AirTrigger 6, and to top things off, there will also be a 6,000mAh battery.