When we wake up in the morning, we all have a ritual of sorts. Maybe the first thing we do is check our phones and read the news and catch up with the latest topics of the day. Then we get out of bed, go to the window and open the curtains to let the light through. 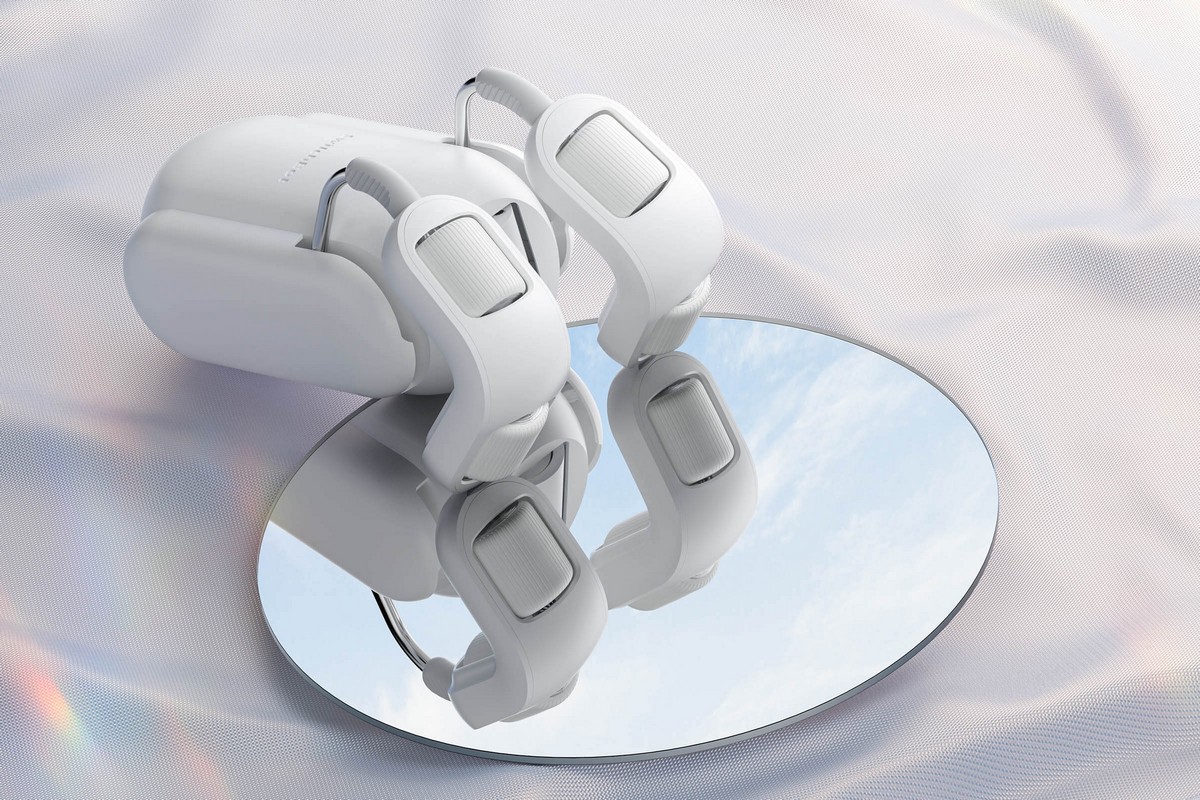 Now obviously no one really finds it a hassle to open their curtains every morning, but if you love the idea of home automation and want to be more efficient with your time, then perhaps you might want to take a look at SwitchBot Curtain Rod 2.

For those unfamiliar, SwitchBot is a company that specializes in smart home products, especially when it comes to retrofitting existing appliances with smarter technology, which is what the Curtain Rod 2 is all about. 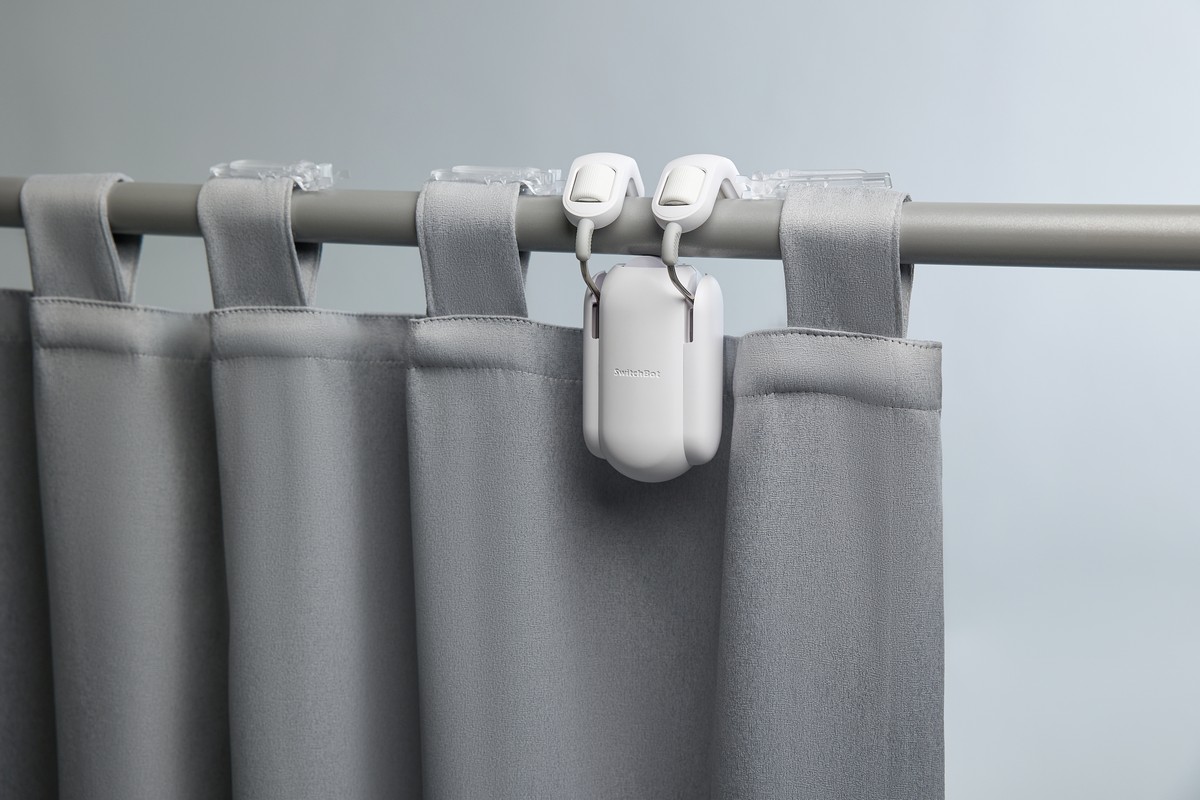 If you’re hearing about the Curtain Rod 2 for the first time, it is actually the successor to the original Curtain Rod that launched back in 2019. By clamping a device to your curtain rod, you can now have smart curtains in your home for a fraction of the price compared to other smart curtain kits.

One of the features of the Curtain Rod 2 is that users will be able to set it on schedule. This means that if you have a time of the day that you normally wake up or go to bed at, you can set that schedule in the SwitchBot app. From there, it will know what time it needs to open or close your curtains.

Installation is incredibly quick and simple and all you need is 30 seconds and you’ll have a set of smart curtains in your home ready to go. The best part is that it will work anywhere you have a curtain rod hanging because it does not require a socket to power it, so there will not be any cables running along your window to the floor, nor will you need to hack out a wall socket just to power it. 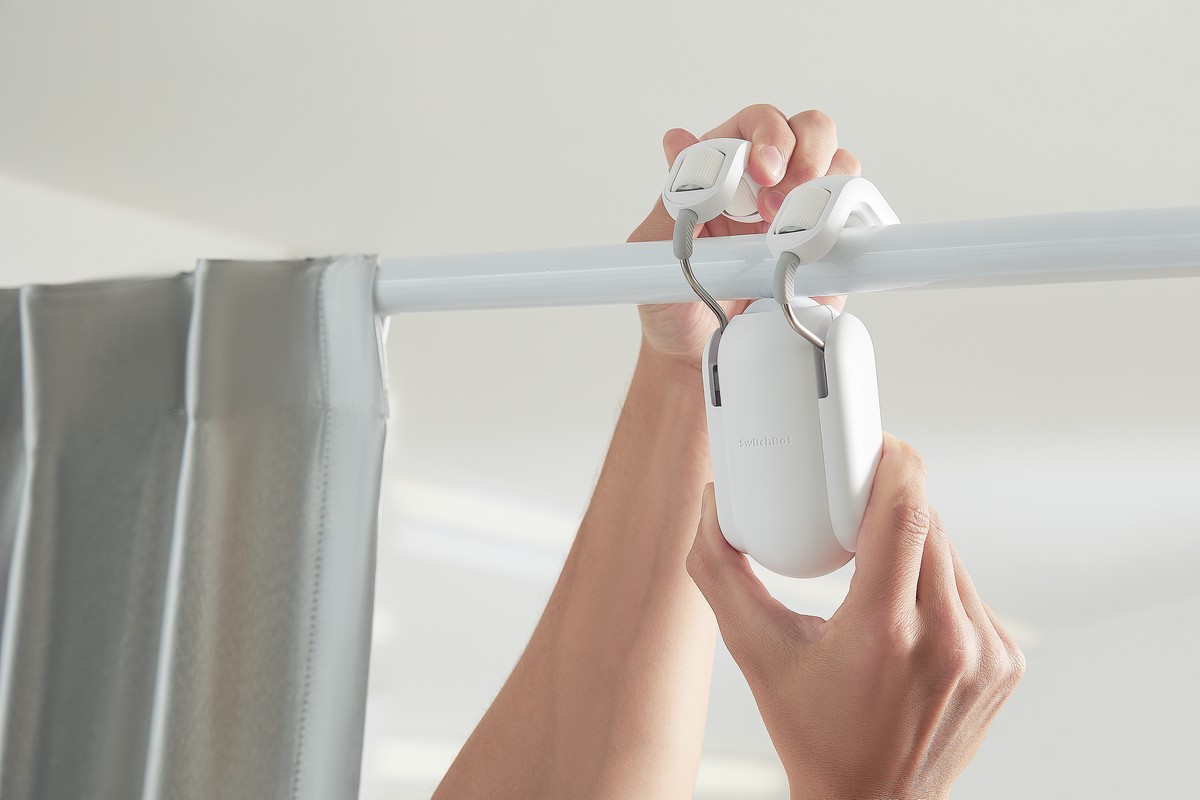 So one of the issues with some current smart curtain systems is that you’re kind of limited in terms of design. This means that if you want smart curtains but the design doesn’t suit you, you will have to compromise by either not getting a set of smart curtains, or choosing one whose design you’re not 100% sold on. 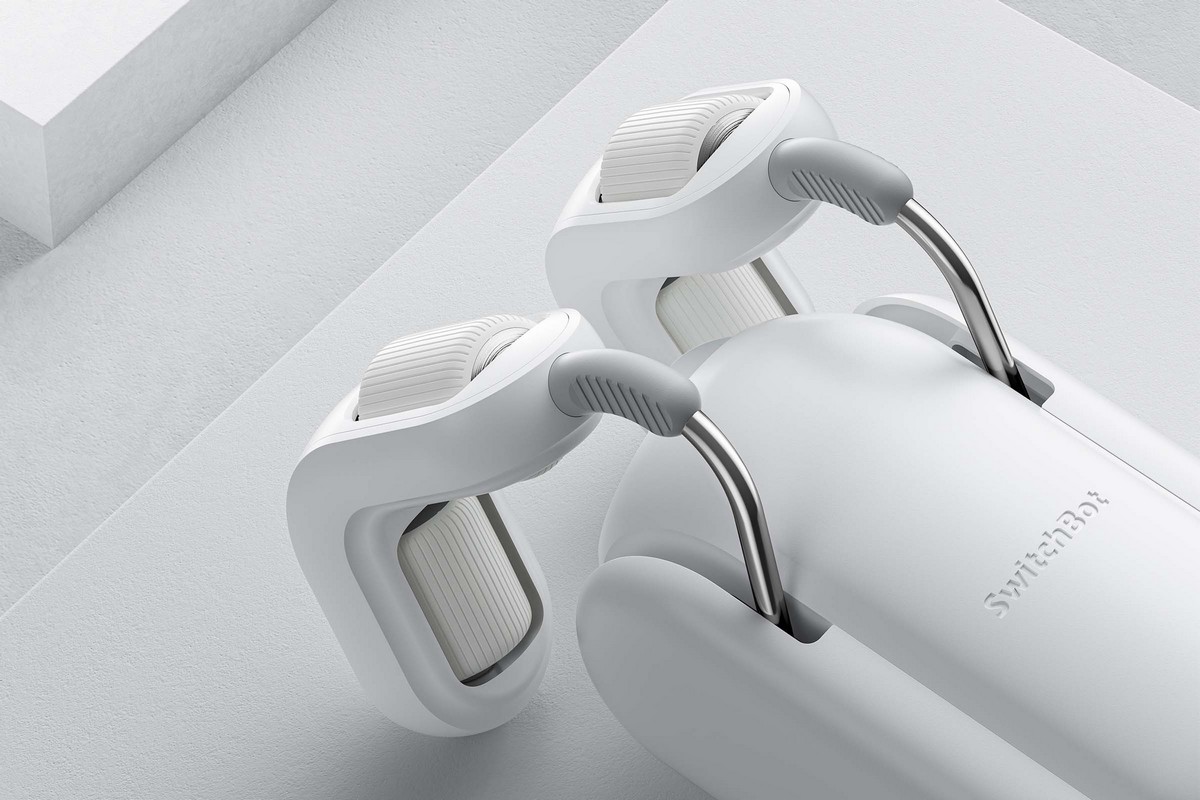 With SwitchBot Curtain Rod 2, it can be easily retrofitted onto an existing curtain rod. This is thanks to the Curtain Rod 2’s DynamiClamp design that makes it faster and easier to clamp it onto an existing rod, but users won’t have to worry about the curtain getting stuck during operation.

According to SwitchBot, the Curtain Rod 2 will be able to hook onto rods measuring 15mm to 40mm in diameter, with a circumference of 47mm up to 125mm, so unless you have some abnormally thin or thick curtain rods, you should have no issues installing the Curtain Rod 2 in your home.

Control it however you want 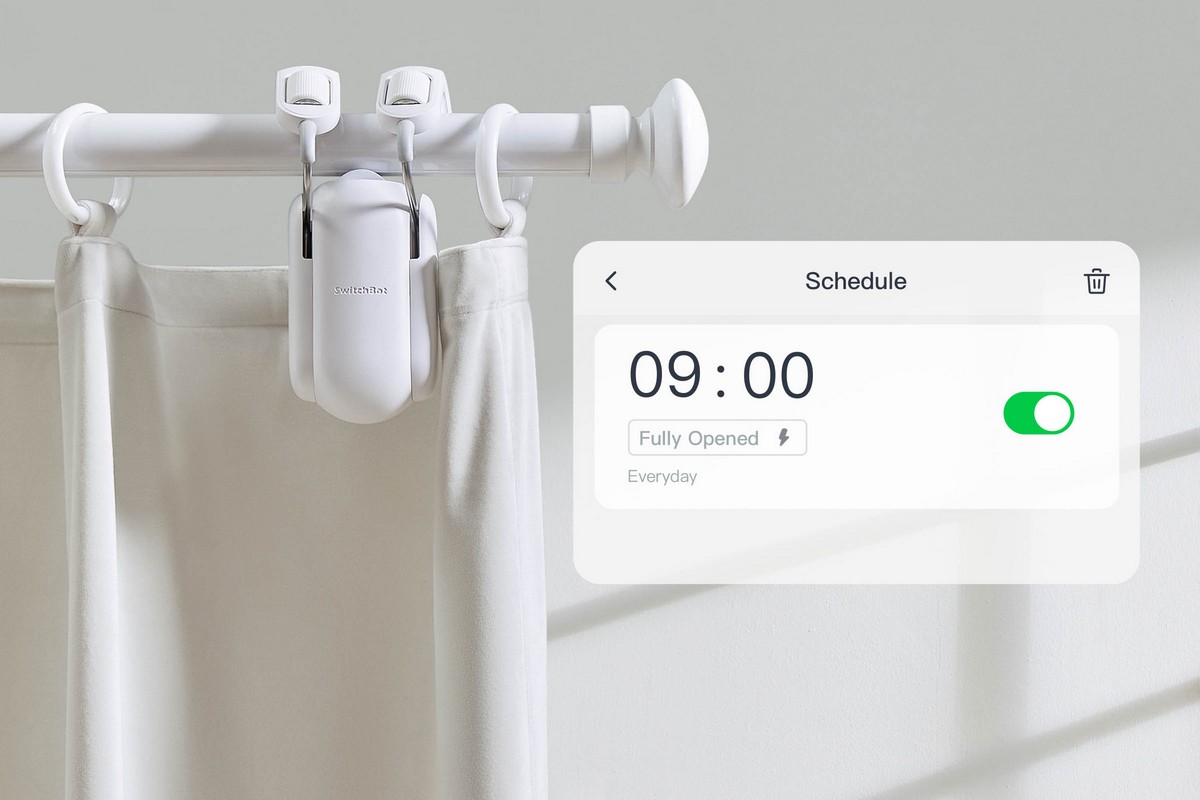 In addition to using the SwitchBot app that we mentioned above, users of the Curtain Rod 2 are free to use a variety of other methods to control the device with. It plays nicely with various digital assistants, so whether you’re set up at home using Amazon Alexa, Google Assistant, or Apple’s Siri, they will all work with it.

There is also a physical remote control that you can use to control the Curtain Rod 2 in case you think that’s a faster method.

One of the cool features about the Curtain Rod 2 is that it can detect when the curtains are being pulled. This means that if someone is unaware that you have a set of smart curtains and attempts to open it manually, the Curtain Rod 2 will detect it and will begin the automated opening process.

Users will also be able to choose to open two curtains at the same time or if they prefer, opening just one. The best part is that there will be no hub required for it to work, so as long as you are within Bluetooth range, you should be able to operate it just fine, even if your internet is down (which is typically one of the drawbacks to smart home devices). 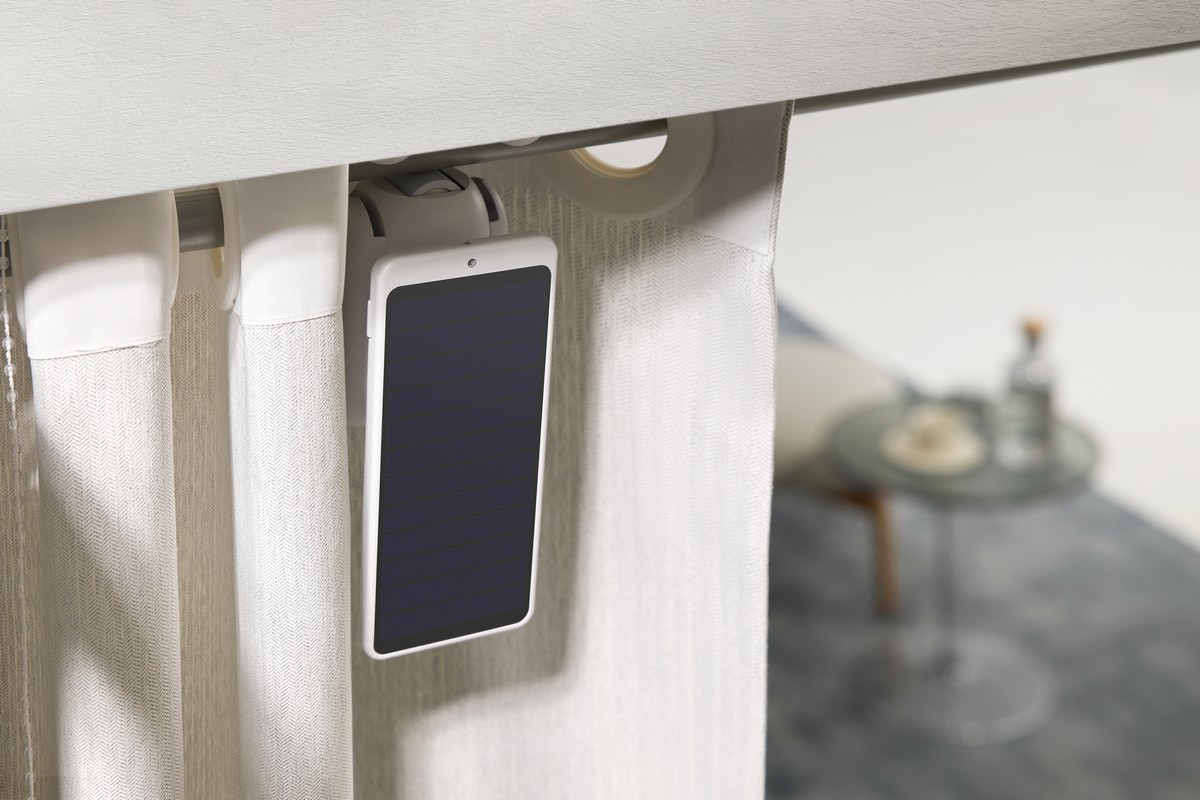 So, with the Curtain Rod 2 not requiring cables or a wall outlet, it means that it runs on batteries. If you hate the idea of recharging your curtains, don’t, because according to SwitchBot, the built-in battery is good for 8 months. This means that you can go almost an entire year without worrying about the battery dying.

For users who don’t even want to think about recharging, you can pair with the SwitchBot Solar Panel that will help top up the battery during the day.

Compatibility with other SwitchBot products 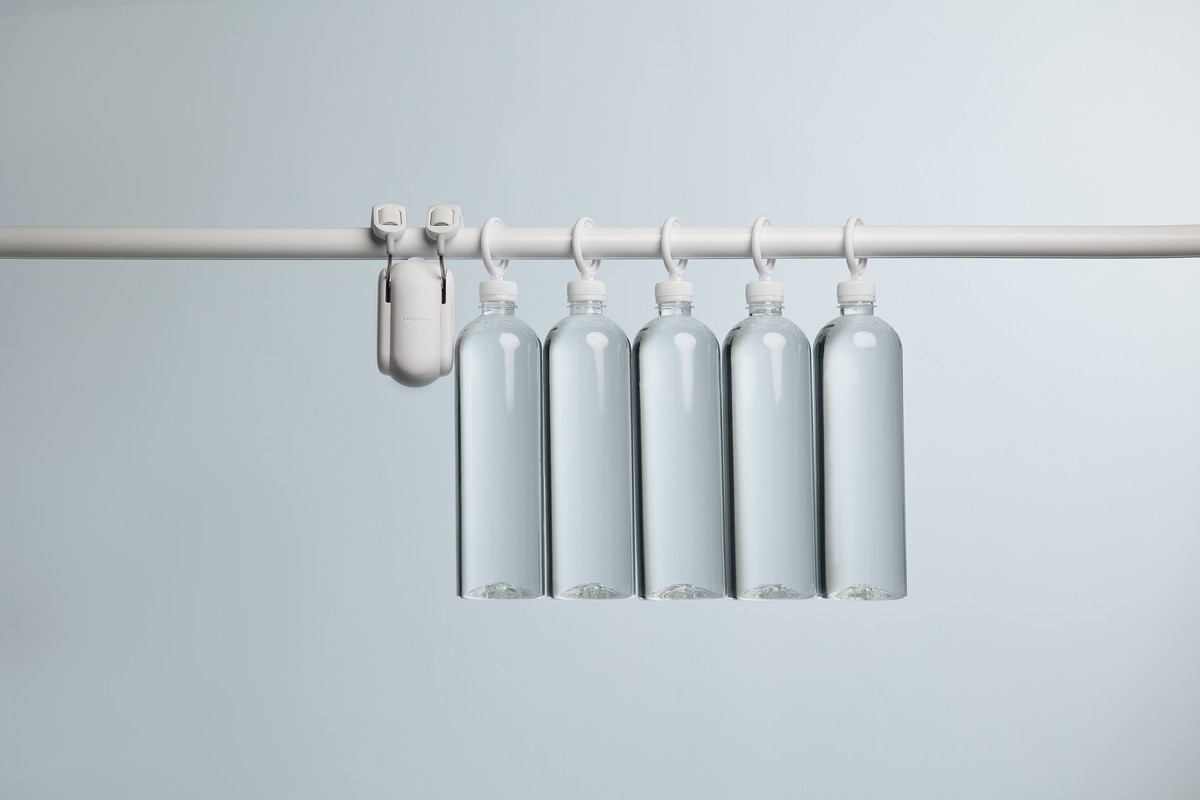 Like we mentioned earlier, SwitchBot does sell other smart home gadgets and if you’re interested, you can get your hands on them and it will work in tandem with the Curtain Rod 2.

For example, you could combine the SwitchBot Hub Mini with the Curtain Rod 2 and the Color Bulb so that when it’s move time, you can set up a scene where the curtain closes, the lights dim or change color, and you’re good to go!

You can also combine it with the SwitchBot Contact Sensor so that when the door opens, the Curtain Rod 2 will detect if you left the house or if you’re coming home, and it will open or close the curtains accordingly. There is also synergy with the SwitchBot Meter so that when it reaches a particular temperature in your home, your curtains will open or close to better regulate your home’s temperature without relying on fans or air-conditioning.

The SwitchBot Curtain Rod 2 is priced at $99 and is available for purchase via the company’s website, but if that’s still a bit more than you’d like to pay, SwitchBot will be running a discount from the 30th of June to the 6th of July and will be offering a 30% Off Prime Day discount.

If you’re worried about compatibility, SwitchBot also has a page that lets you know which rods the Curtain Rod 2 is compatible with along with the minimum and maximum measurements needed for installation.