Poco made waves when they first launched the Pocophone F1 all those years ago. It was a phone that was truly deserving of the “flagship killer” title. The company has since gone on to release multiple new devices over the years, all the while maintaining its budget and value-for-money philosophy.

Most recently, the company launched its latest flagship smartphone, the Poco F4 GT which is the successor to the Poco F3 GT from 2021, but unlike the rest of the Poco F4 lineup, this model has clearly been designed with gamers in mind thanks to several hardware design choices and its software.

So the question is, if you’re into mobile gaming, is this the right phone for you, or even if you’re not that keen on gaming, should you still pick this handset up? Read the rest of our review to find out. 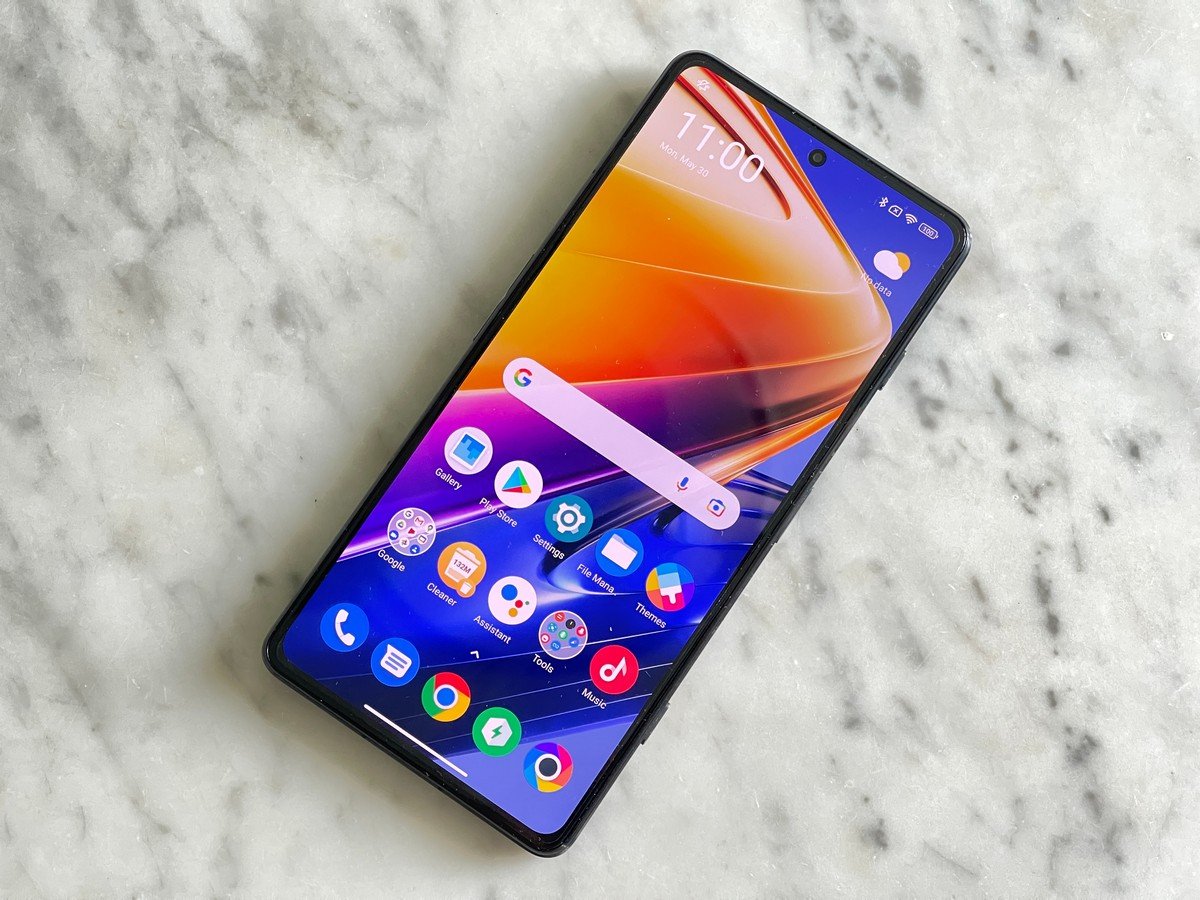 Right out of the box, the Poco F4 GT has a bit of heft to it, which I personally liked because it made the phone feel nice and solid. There’s not much to say about the front of the phone (or any phone, for that matter), but the back of the phone is where Poco seems to have maintained that “racer”/”gamer” look we saw in the F3 GT.

The phone itself features a 6.67-inch AMOLED display with a 120Hz refresh rate and a 2400×1080 resolution. Thanks to the 120Hz refresh rate, scrolling through the phone and browsing websites feels nice and buttery smooth. It’s bright enough where I had no trouble viewing it in direct sunlight, and also since it’s an AMOLED display, the colors are vibrant and punchy.

The back of the phone is where the cameras reside (which we’ll get to later in the review), and a flash unit which is shaped like a little lightning bolt. It’s kind of a novelty but it’s also pretty cute at the same time. The sides of the phone are also where the volume rockers are housed, along with a power button, a SIM card slot, and also physical shoulder buttons, which we’ll also get to in a bit, that come with a release mechanism so that it doesn’t get in the way when you’re not using it. 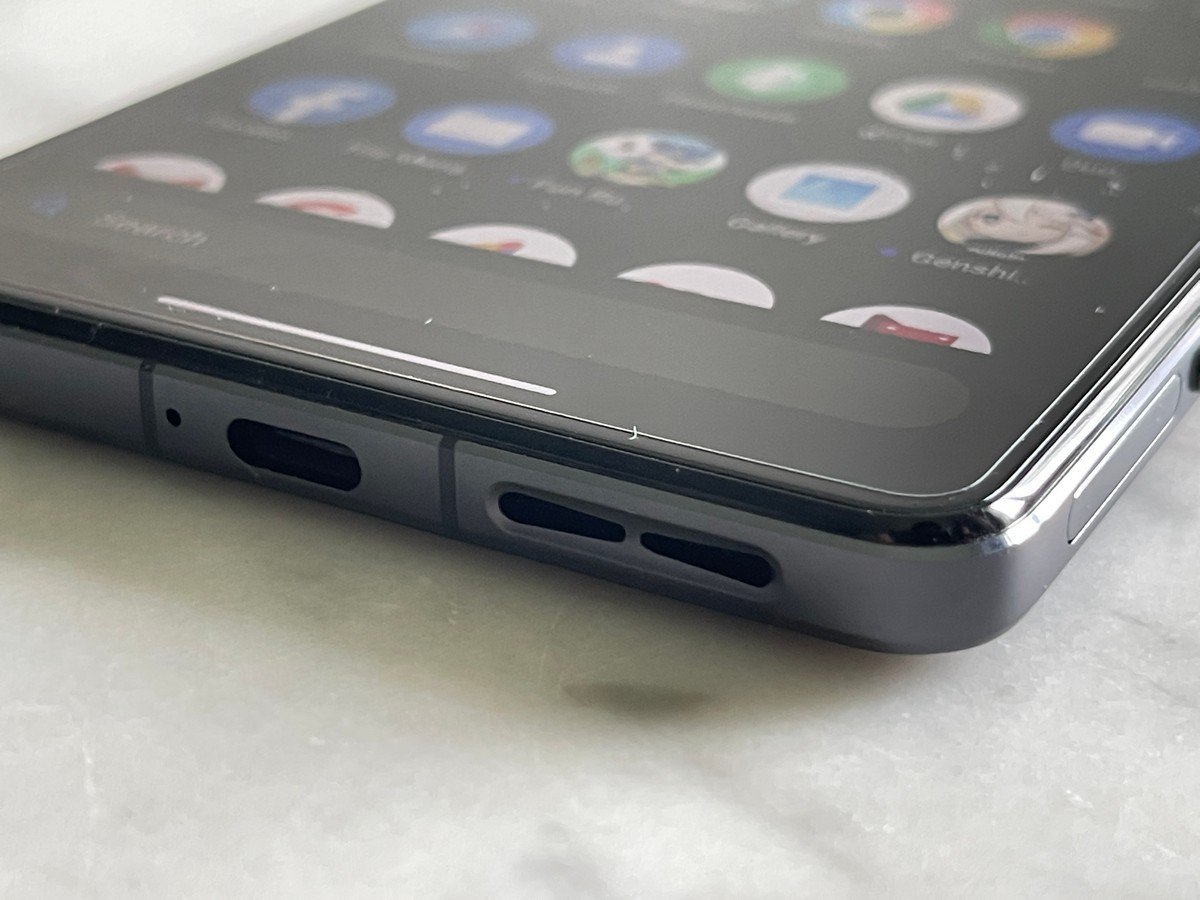 The side of the phone also houses a quad speaker setup and is cleverly positioned in such a way that your hands and fingers don’t block the speaker grills when you’re playing games, and let me say, the speakers do get pretty loud. It’s great for games, but if you want to listen to music, that’s where it kind of falls flat.

The audio quality coming from the speakers seem to be more mids-focused and it lacks subtlety. Don’t get me wrong, it is very functional, but I’ve heard better smartphone speakers that offer up a more nuanced listening experience. If you tend to use headphones with your phone, then this might not necessarily be a problem. 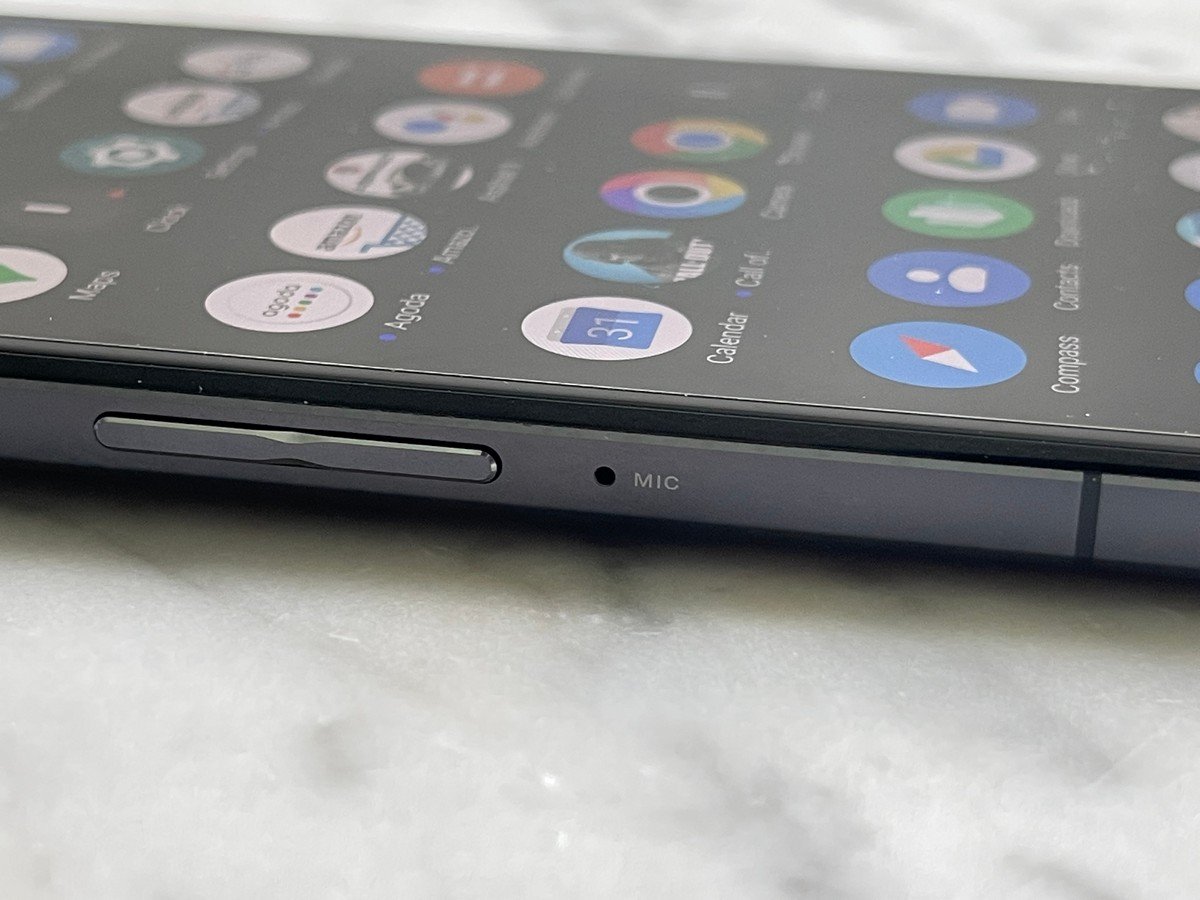 Poco has also included a microphone opposite the shoulder buttons. The company calls it a “gaming mic” design where it’s positioned in such a way that it can pick up your voice clearly while you are gaming, in case you’re streaming or if you’re chatting with team mates. 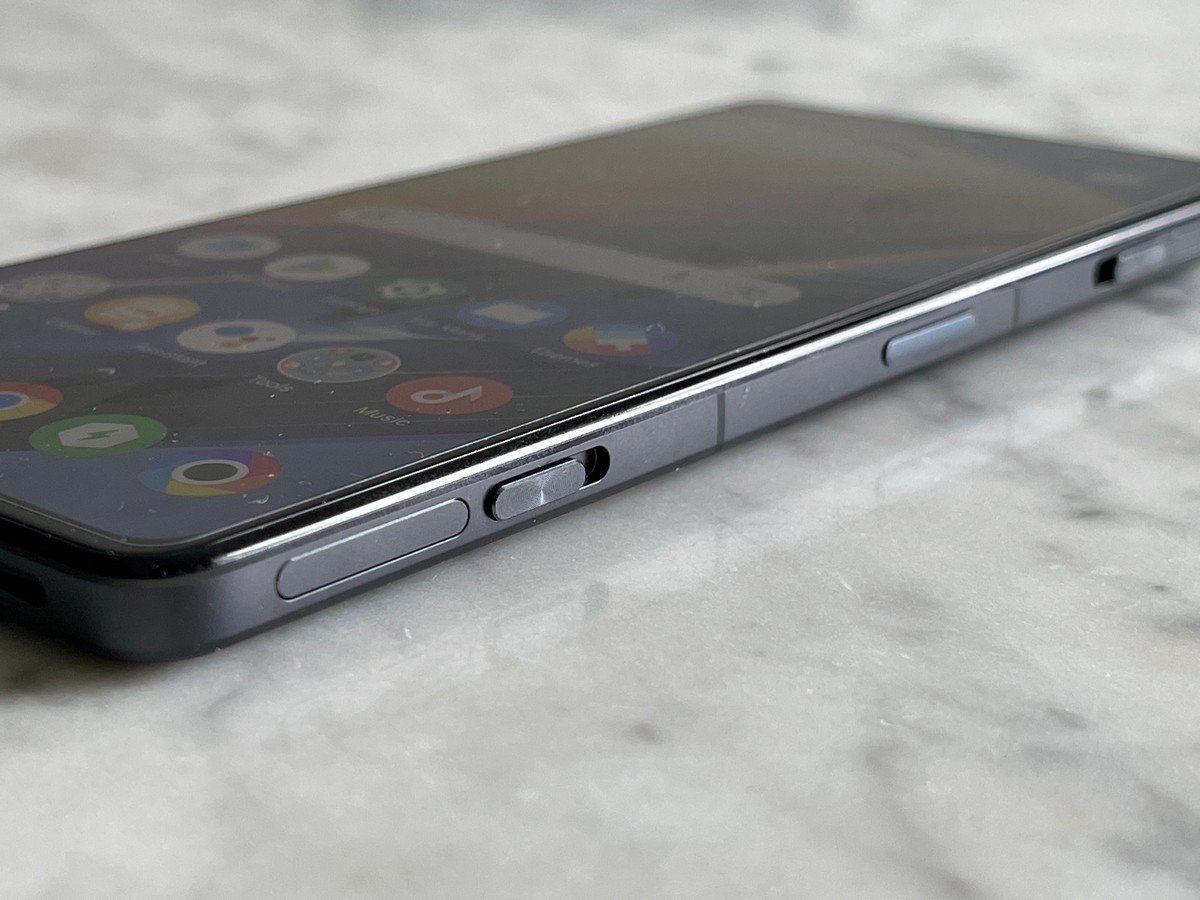 Seeing as this phone is powered by a Qualcomm Snapdragon 8 Gen 1 chipset, performance is top-notch. The phone managed to run pretty much all the apps I threw at it, whether it be photo-editing or video-editing apps, social media apps, as well as games without any hiccup. 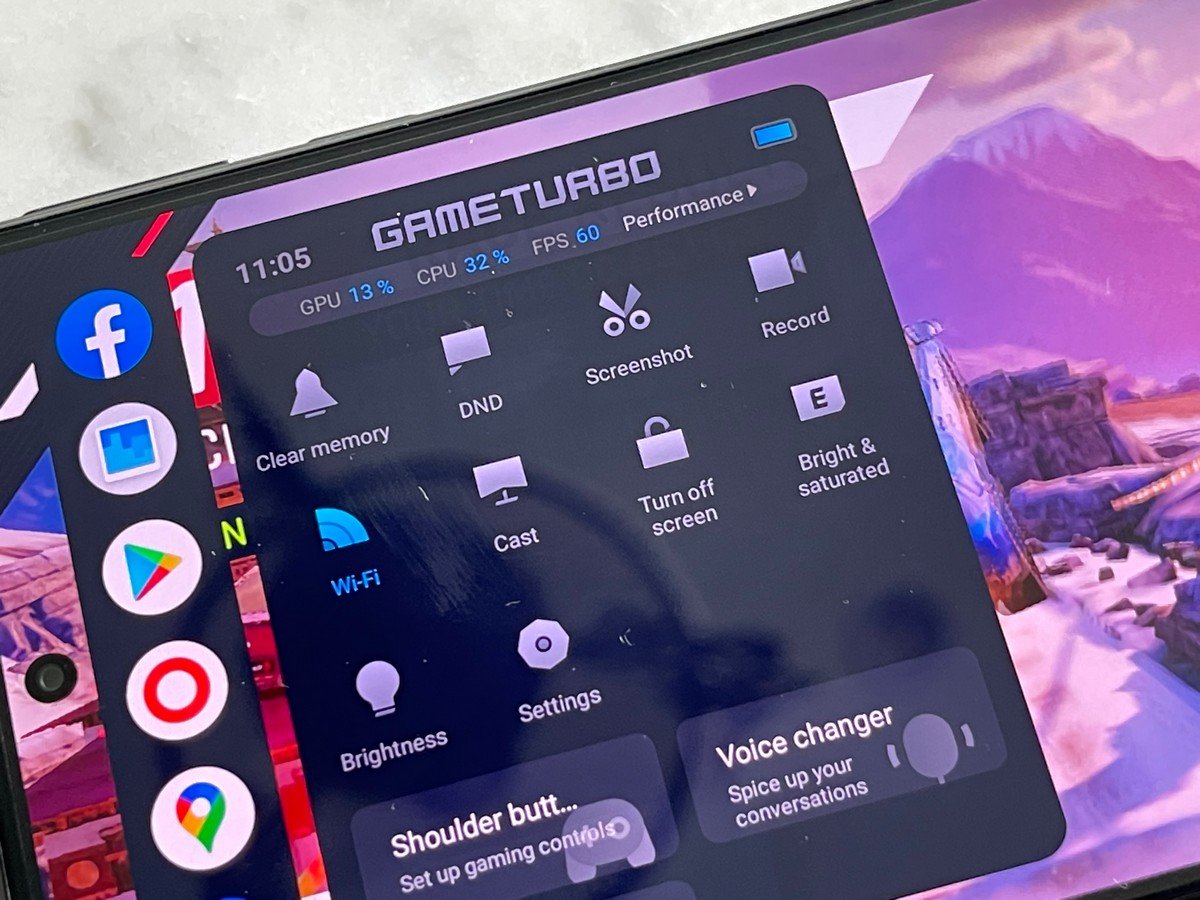 Speaking of games, like we said earlier, this is a phone designed with gamers in mind thanks to the physical shoulder buttons and also the built-in software, like Game Turbo, which helps to boost the performance of games as well as block notifications that might distract you while gaming.

If you’ve never gamed on a smartphone with built-in shoulder buttons, let me tell you, it’s a game changer. While virtual buttons and controls are fine for certain games, there are games like racing games or FPS games that can definitely benefit from using the shoulder buttons. 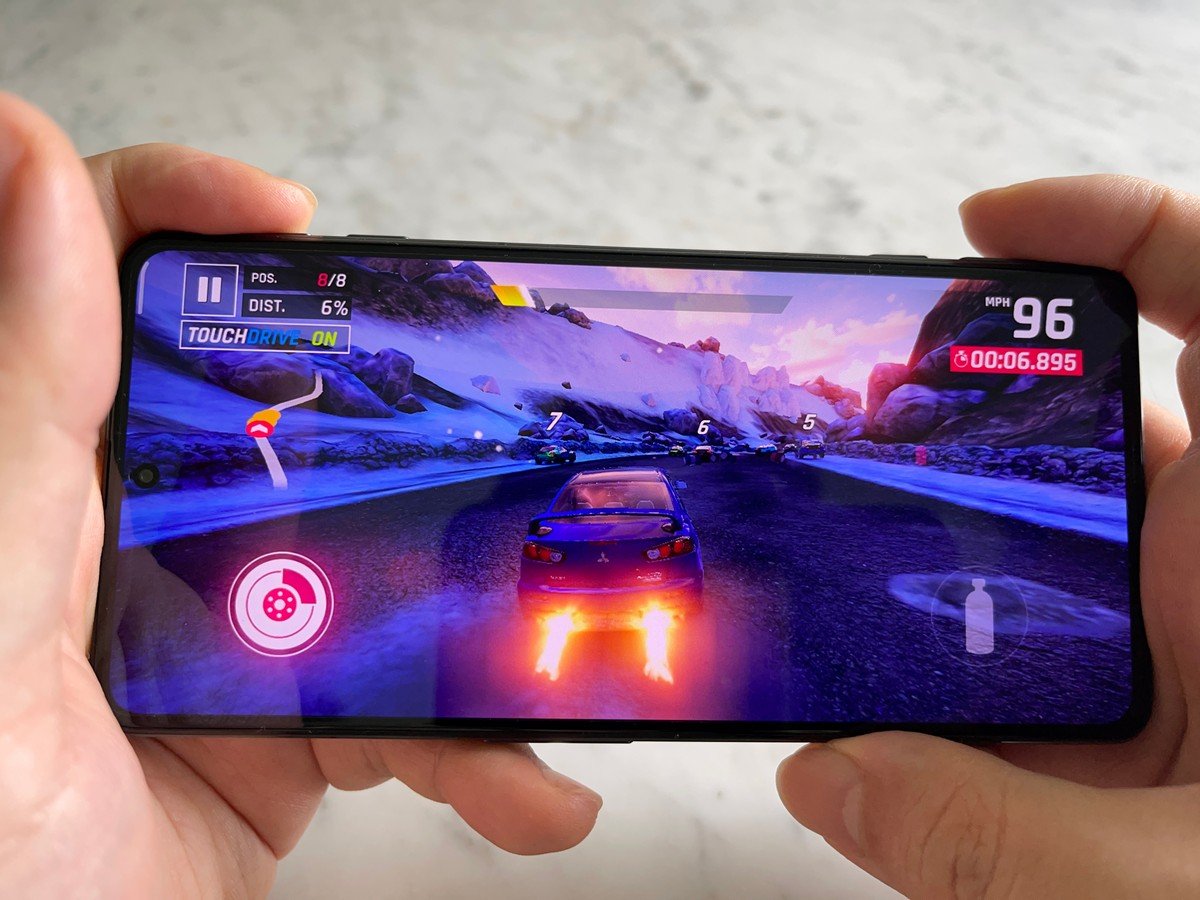 One thing to note though, is that despite Poco’s claims of using LiquidCool Technology 3.0 for the phone’s thermals, there has been more than one occasion where I found the phone to get pretty hot really fast. I’m not sure if it’s a bug or optimization issue, but hopefully future software updates will sort it out. 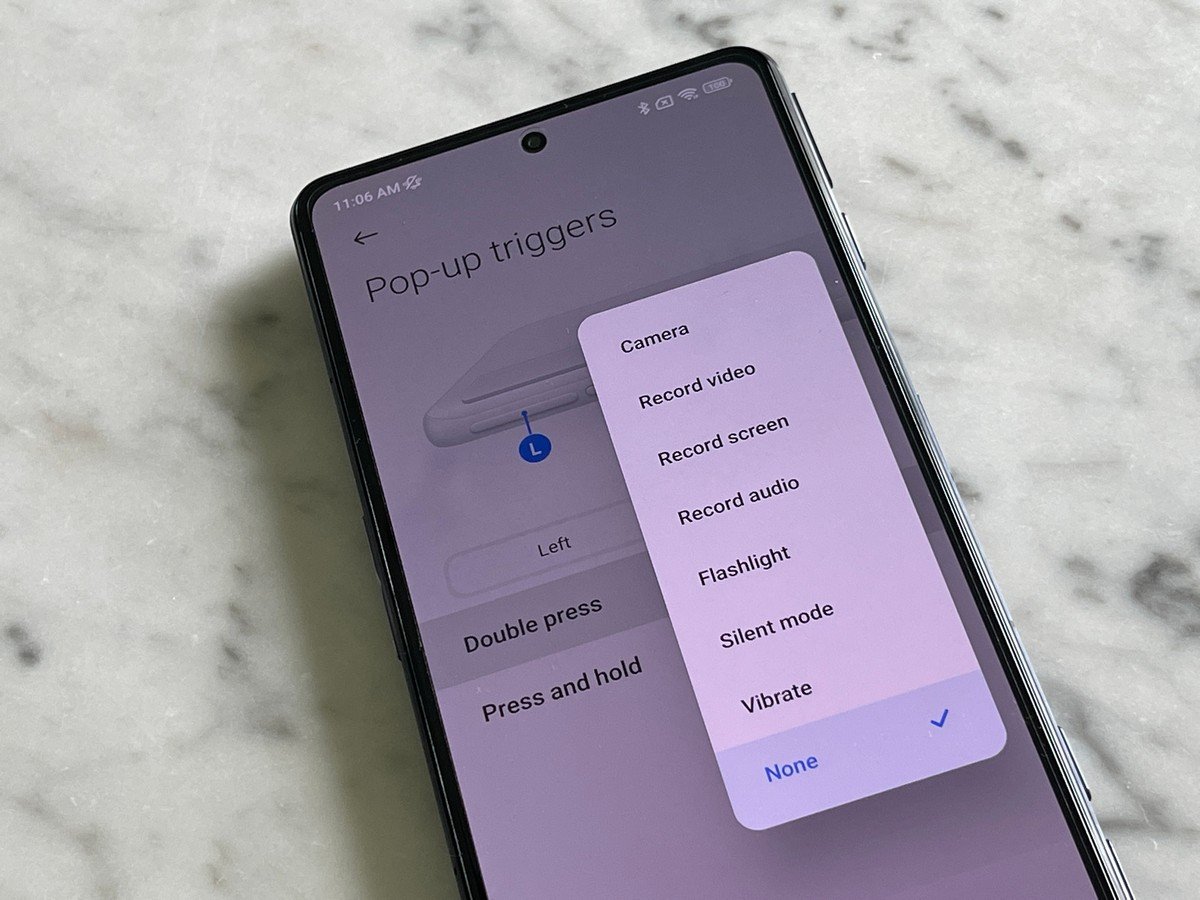 For those who aren’t necessarily into gaming, the shoulder buttons are also immensely useful for day-to-day tasks. This is because Poco allows users to configure the actions that the buttons do when not gaming. For example, you could use it to launch apps like the camera.

Once again, this is quite a clever implementation and made me wish that more phones would come with these types of physical buttons. We doubt that will happen though, especially with rumors suggesting that manufacturers might actually be trying to move to a button-less design in the future. 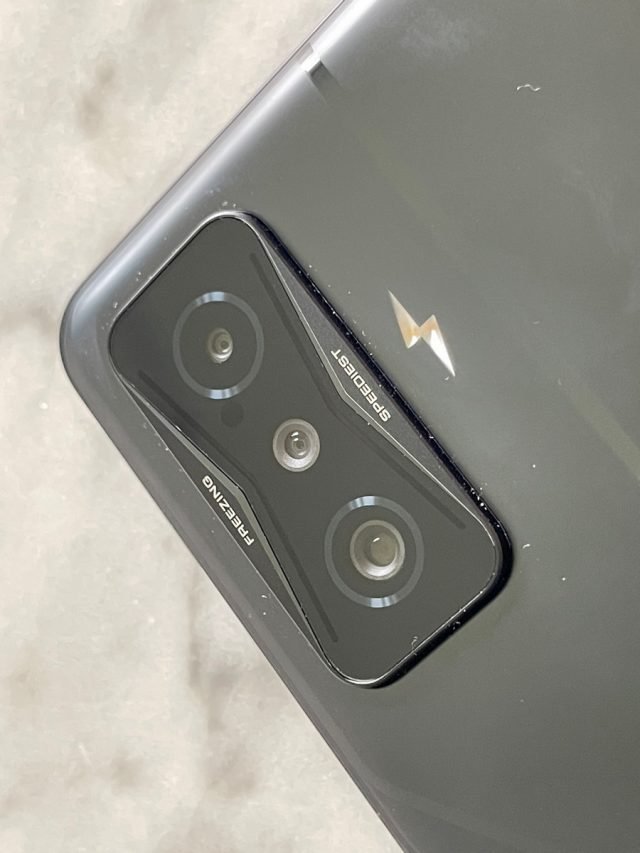 The cameras on the Poco F4 GT are fantastic. The main camera is a 64MP shooter with an aperture of f/1.9. It is accompanied by an 8MP ultrawide f/2.2 camera and a 2MP f/2.4 macro camera. 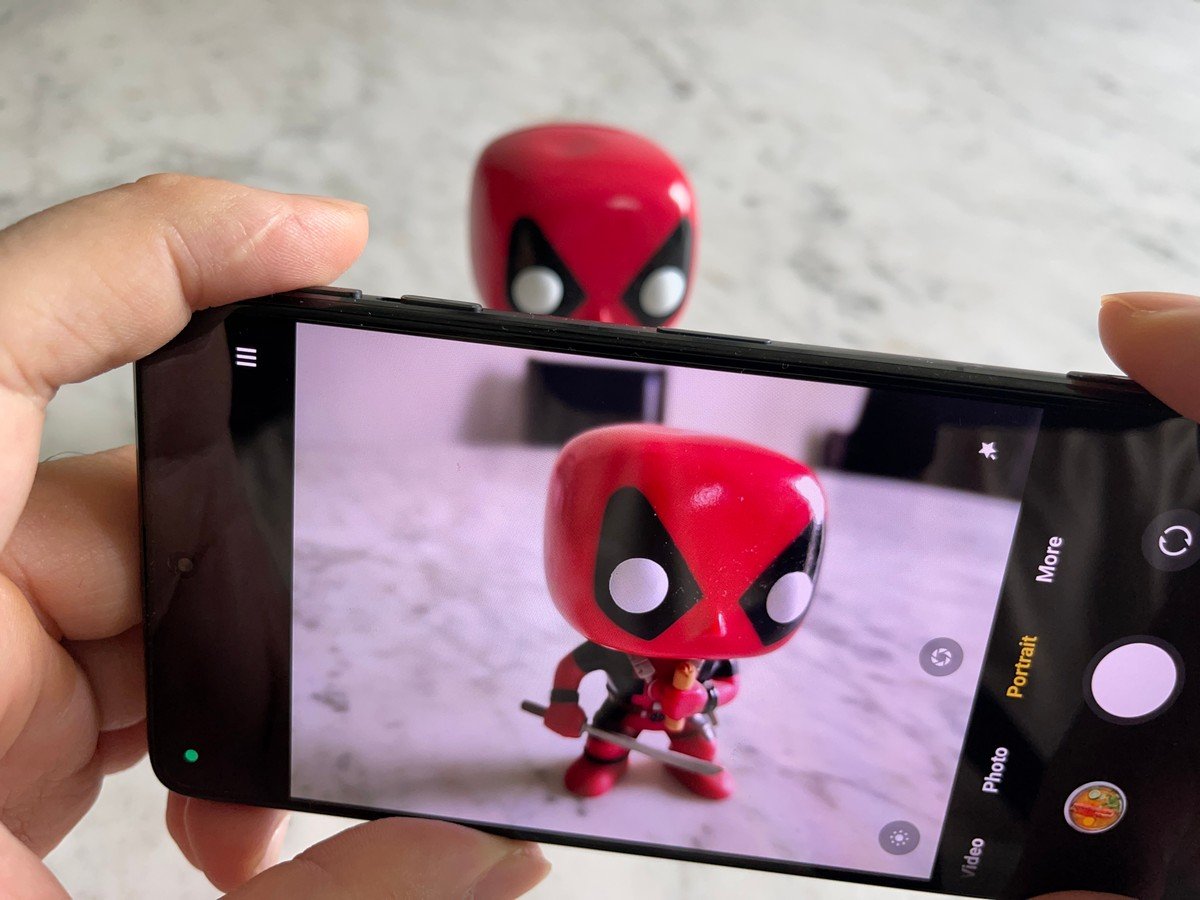 The cameras seem to be able to focus on the subject really quickly and thanks to the main camera’s f/1.9 aperture, which is relatively wide, it manages to achieve a very decent amount of bokeh even when not used in portrait mode. In some cases, I found that regular photo mode was good enough to provide a decent amount of foreground and background separation. 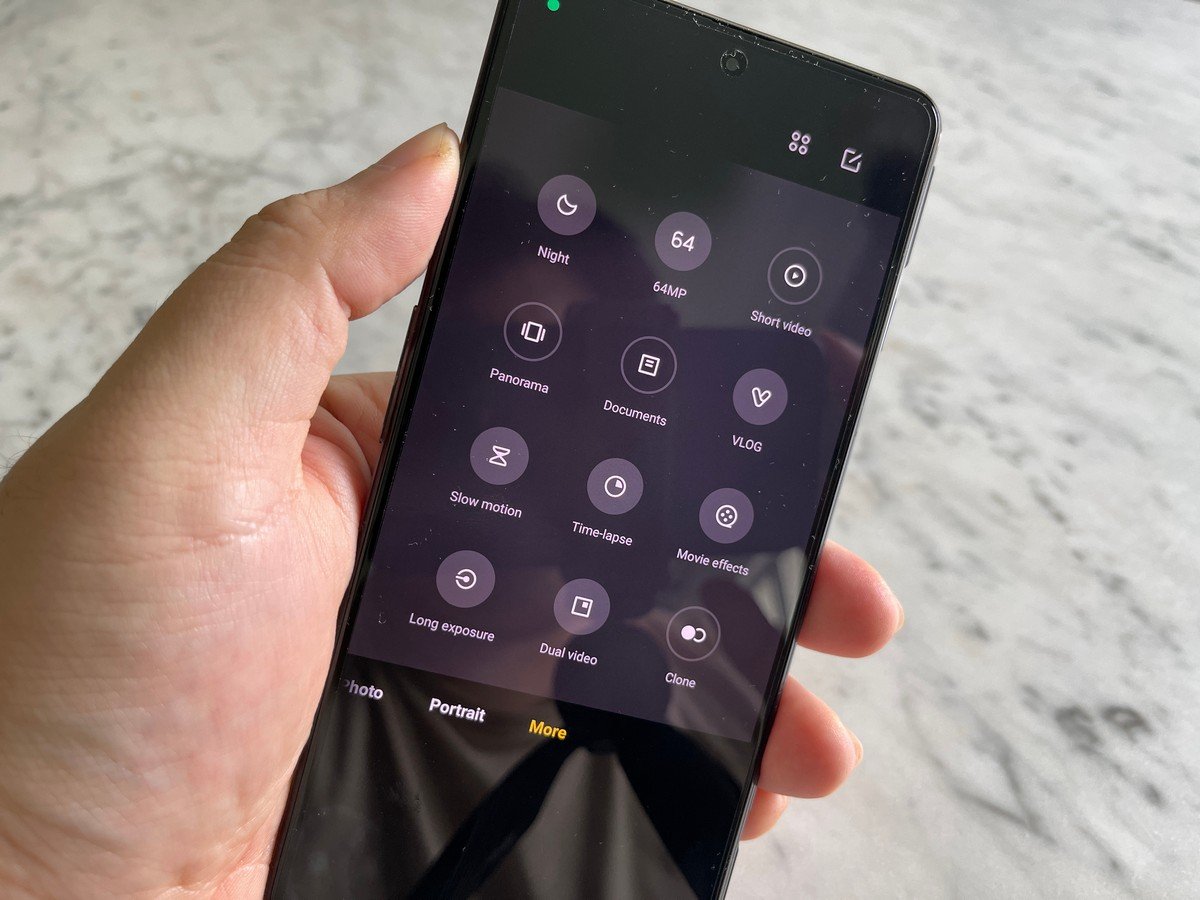 The camera also comes with a bunch of modes and features, like AI mode which helps to enhance the object that you’re focusing on. There are also a bunch of additional camera settings and tools that you can download by tapping the “More” button. One of the fun features of the camera are the video effects.

These video effects come with a short description and the camera’s software will also help guide and instruct the user on how to use it. It’s actually pretty cool and fun to use and can help unlock a lot of potential video ideas.

If there is one gripe I have with the camera, it is that the photos it takes tend to be a bit too saturated. The end result are photos that look way too vibrant. It sounds like an odd complaint, but personally I prefer my colors to be a bit more flat and natural since it gives me more wiggle room to work with during the editing process.

I’m not holding this against Poco since it boils down to personal preference, but as far as image quality and sharpness are concerned, it’s hard for me to find anything to really complain about.

Maybe if you zoom in then some of the flaws might become more noticeable, but if you mostly upload to social media which is usually viewed on a smartphone anyway, it looks pretty good. 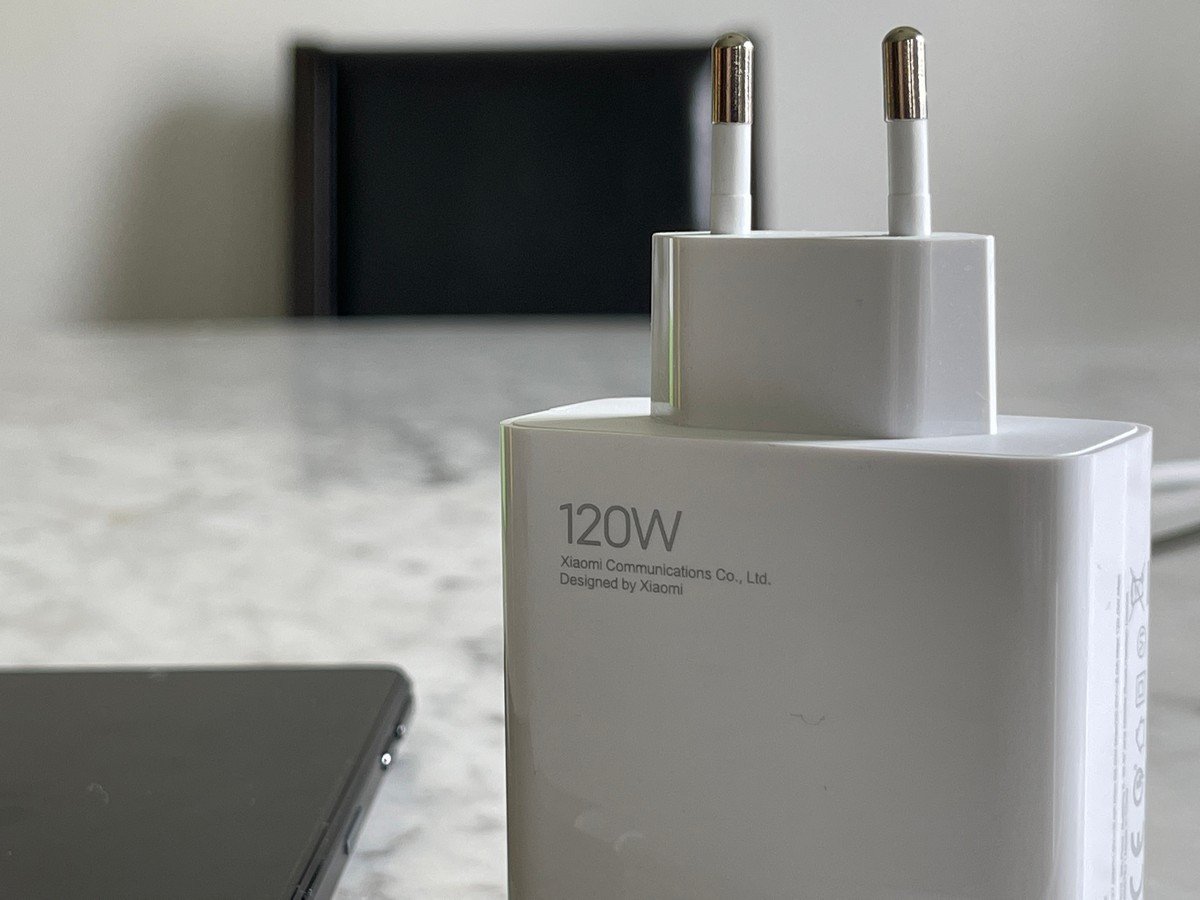 Poco has equipped the phone with a 4,700mAh battery. On that front I feel slightly disappointed because for a phone that’s aimed at gamers, or at least designed with the intention for gaming, we would have liked to see a bigger battery, maybe in the 5,000mAh or 5,500mAh battery range.

The company does make up for it by including a 120W fast charger in the box, so unless you don’t have access to a wall outlet to charge your phone, you should be able to quickly juice up your phone if you’re running low on battery. According to Poco, the company claims that the 120W charger will be able to fully recharge a phone to full in just 17 minutes. 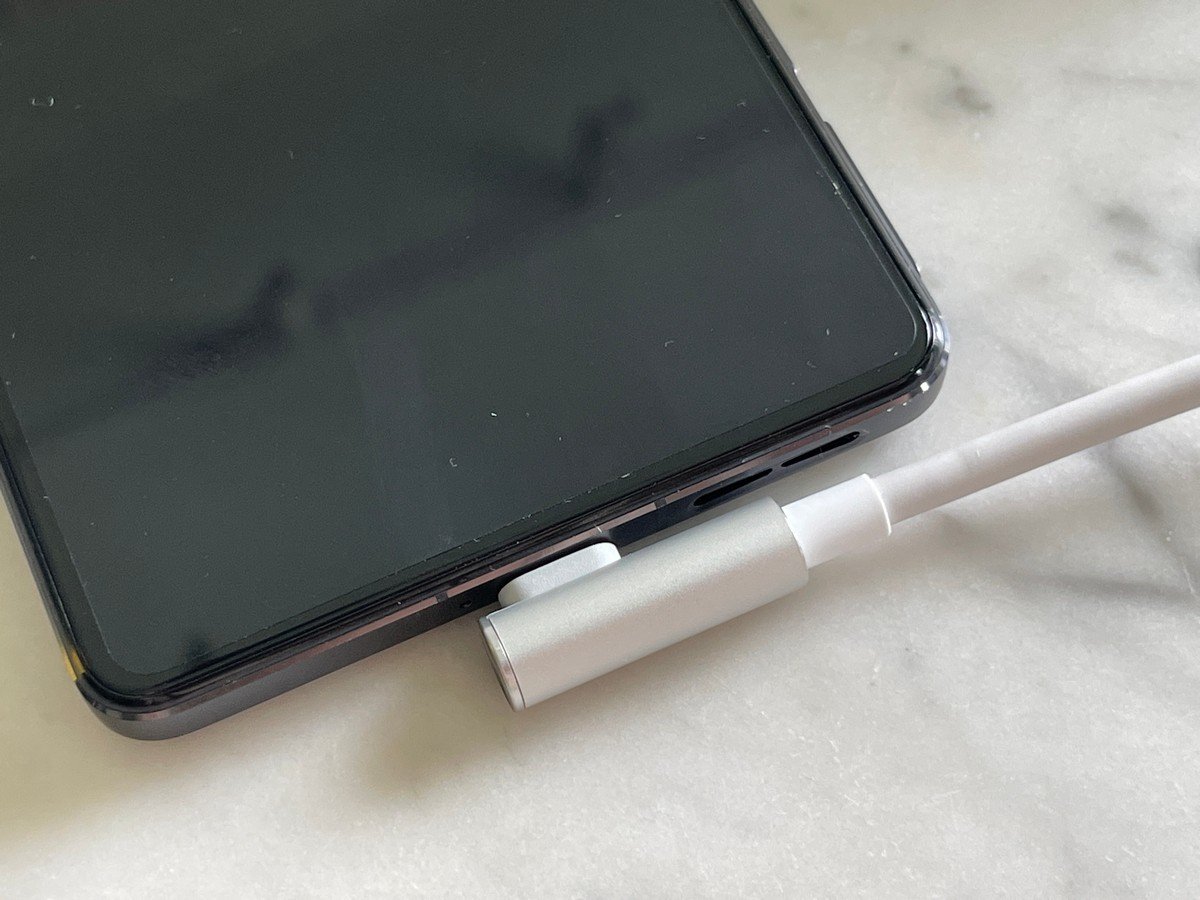 Another thing that I really liked is that the included charging cable is quite thick and feels nice and sturdy and durable, and the connector is also L-shaped, making it easy to hold the phone and play games while it is charging.

With the Poco F4 GT coming in with a starting price of €599, it seems that Poco has once again created a phone that offers up great flagship performance that’s nearly half the price of its competitors.

While the phone seems to be geared mainly towards mobile gamers in mind, thanks to thoughtful hardware and software features, we reckon that there is enough appeal in the phone that non-gamers can appreciate, especially if they’re looking for a bang-for-their-buck smartphone.