Oppo is preparing to release three new smartphones. The F21 series, which includes the F21 Pro 4G and F21 Pro 5G, was just announced in India. At least three new cellphones are expected to be released in various markets. CPH2385, CPH2339, and CPH2387 are the model numbers for these Oppo smartphones.

What was the leak?

Three Oppo smartphones have now been found on the FCC website, indicating that they will be released soon. The FCC listing discloses some crucial information about the three new phones in the lineup. One of the listings also discloses the Oppo smartphone’s design and features. We have more information on each of the numbers so we can take a look at the Oppo CPH2385, CPH2339, and CPH2387 smartphones’ design, features, and other details.

What are the specs?

Oppo is set to release three new budget or mid-range smartphones in the near future. CPH2385, CPH2339, and CPH2387 are the model numbers for the Oppo smartphones. CPH2385 and CPH2387 will be the most similar of the three devices. Apart from the camera and device size, the FCC listing plainly specifies that both phones would be identical.

The third phone, designated by the model number CPH2339, contains a 5000 mAh battery. It also comes preloaded with ColorOS 12.1 and weighs around 190 grams. The phone will support 5G networks because it has the n5, n7, n38, and n41 bands.

When will it be available

We’re unsure of availability and retail price at the moment, but be sure to keep it locked here to find out the release dates. We’ll be dropping the information as soon as we have it! 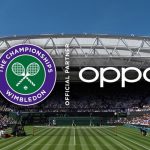