Gboard has been updated with a slew of new features, making it one of the greatest keyboard apps for Android. Now, Gboard is rumored to be releasing a new tool that, with the help of a magic wand and some emoji, can make your language even more expressive.

Flick of a wrist

On Gboard, users have noticed a wand icon that appears on occasion where the mic icon usually appears. When you tap the wand, a succession of emoji will appear in your text box that are related to your text. According to Android Central, the “Emojify” tool will “include emojis within a sentence or replace all text with emojis,” according to a prior explanation.

We will be waiting though

Despite the fact that the function doesn’t appear to be generally available. It seems that if you hit the symbol once, a series of emoji will appear following your content, according to their usage. However, if you tap it twice, emoji will appear in between your text.

It’s a charming feature for emoji fans, and it comes shortly after Google released bespoke stickers in Gboard. Of course, there’s Emoji Kitchen, which is a fun function for mixing and matching emoji.

Even our apps don’t appear to have the feature activated, thus it’s unclear how extensively this feature is being rolled out. It really is only a question of time until more people are affected. You’ll have to manually insert your emoji till then. 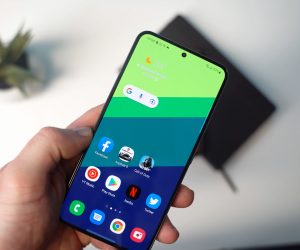