If you’re after a versatile action camera with a ton of powerful features, then look no further – Insta360 has finally launched their new ONE RS Action Camera, that according to the company offers versatility when it comes to hardware and user experience. The Insta360 ONE RS will come with a three-part design consisting of a battery, processor and swappable lenses. The ONE RS is modular in nature, and will allow users to change the camera’s lenses depending on their needs.

The 4K Boost Lens features a 1/2″ 48MP image sensor which will be great for capturing action shots. It also features Active HDR which improves video stabilization and reduces ghosting, as well as video capture of up to 60fps at 4K resolution. You can also shoot 48-megapixel stills on the lens. The Boost Lens also supports 6K Widescreen mode by using the 48MP sensor to output high-resolution 6K footage with a cinematic 2:35:1 ratio.

The ONE RS also works with a 360 Lens, which is meant to be used while on the move. The camera captures footage at an impressive 5.7K resolution in 360-degree angles, allowing users to export video shot from multiple angles. Because of the way that the 360 Lens is designed to capture video, Insta360 says that selfie sticks won’t be visible in your footage, allowing for seamless-looking video and images.

The camera will also come equipped with the ONE RS Core, which will power what Insta360 calls “FlowState Stabilization.” Simply put, this will allow for video with better stabilization quality, and will let users upload wide-angle video directly to social media apps and websites without the need to process their footage in the Insta360 App. The camera’s Core will also come with an improved microphone for better audio input, Wi-Fi connectivity which, according to Insta360, will be 50% faster, an Instant Zoom function, and a quick menu so users can easily switch between shooting modes. Due to its modular design, the new lens and Core will be compatible with the previous ONE R generation as well. The Insta360 ONE RS can also be used to stream 360 content live, and also works as a webcam for desktop computers. 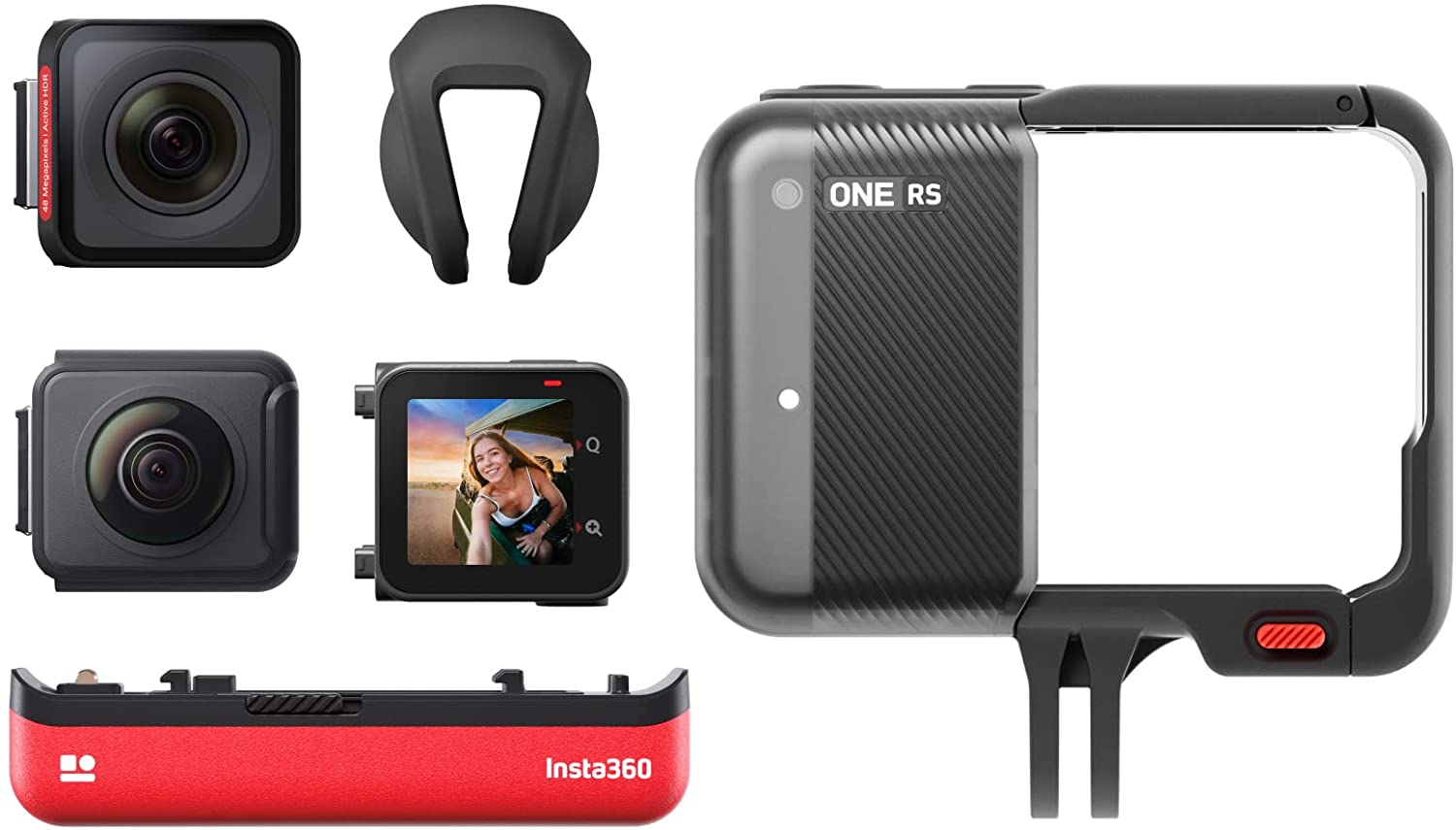 In terms of build design, the ONE RS features IPX8 waterproofing up to sixteen feet, which is a great feature to have considering that the camera will mostly be used for outdoor activities and terrain. There’s also a built-in heat-dissipating panel to keep the camera cool during recording, a windproof microphone cover, and a redesigned mounting bracket for easier lens-switching while on the move.

Insta360 also offers a Quick Reader accessory for use with the camera,  which allows users to plug into the ONE RS to save files to their SD card, and then plug it into their smartphone for editing on the Insta360 App. The app comes with several software features like Snap Wizard which lets you take 360-degree footage and choose the best angles and shots to export. There’s also Shot Lab which comes with new AI editing effects, and Cinelapse, which adds cinematic transitions between clips to create a hyperlapse effect. Meanwhile, FlashCut uses AI to combine clips with music beats. Insta360 also offers desktop editing software for Windows and Mac, in case you want to go with more in-depth video editing.

The ONE RS can be bought in different configurations. The “Twin Edition” will come with the 4K Boost Lens and 360 Lens at $549.99, while the 4K Edition will go for $299.99 and the 1-Inch Edition retails for $549.99. The Core, battery and mounting bracket are also available to purchase as a bundle. Additionally, Insta360 adds that support for the 4K Boost Lens with the ONE R Core will arrive with a future software update.

Insta360 is also opening the first round of submissions to the “The Think Bold Fund” to coincide with the new product launch. Winners of the event will be awarded financing, equipment and production support for their video projects. Film-makers and content creators can apply by emailing bold@insta360.com with their proposals, with the first submission closing on April 22.

The Insta360 ONE RS is available to order today via Insta360.com and select retailers worldwide, and you can also purchase it from Amazon US.