A post from Chinese website Weibo has highlighted the existence of a new Vivo smartphone, named the “Vivo X Note.” Vivo is no stranger to making Android handsets, having established themselves in the smartphone industry with some fairly impressive hardware, and is likewise a sister company of Oppo and Oneplus, under parent company BBK Electronics. While there’s no official global release date yet, the phone comes with an interesting list of specs. 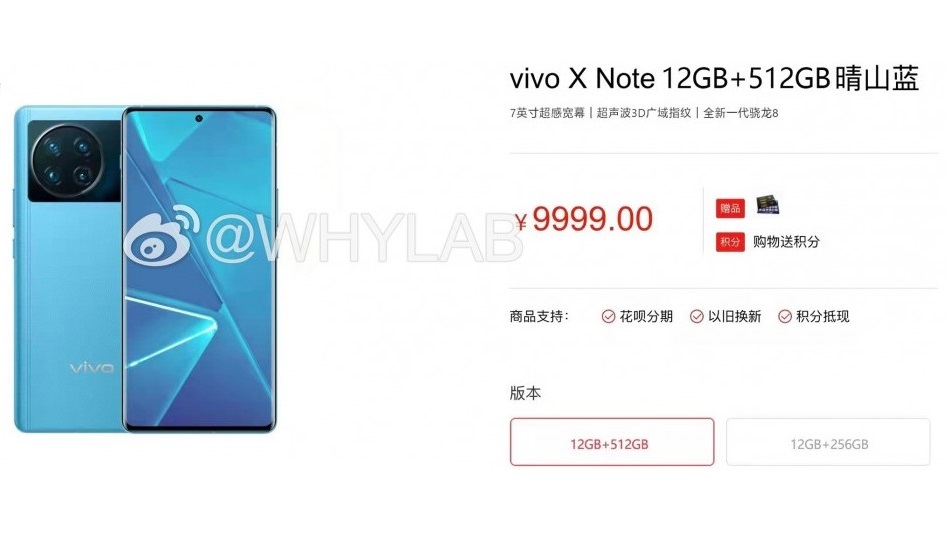 The photos and specs listed in the post point to a massive 7-inch AMOLED screen, complete with a hole punch design and an ultrasonic fingerprint sensor, which are pretty standard features for flagship devices nowadays. The Vivo X Note also comes with a quad-camera setup on the rear panel, which itself is also large. Performance-wise, the phone will also come with the Snapdragon 8 Gen 1, which will definitely put it alongside the likes of other recent flagship devices, like the highly popular Samsung Galaxy S22 Ultra and the recently-launched Xiaomi 12 Pro.

If the aforementioned specs are any indication, it would seem that vivo is once again going all-in in competing with the larger smartphone brands in terms of flagship specs and design.

Additionally, the listing claims that the Vivo X Note will have a 5000 mAh battery, and will support 80w fast-charging. The Weibo post for the phone also indicates that the device will likely be available with 256 and 512GB of internal storage, both with 12GB of RAM.

As we mentioned earlier, we still have to see whether this makes it out onto the global market, since there’s no official word from Vivo if this will be the case for the X Note. If it does make it out of China though, this will be definitely be a contender for flagship smartphone of the year.