These are all of the new features coming to Google Messages

Earlier in the week, Google released the March 2022 Pixel Feature Drop, but those changes are obviously limited to Pixel devices. But all hope is not lost if you just love Android but don’t own a Pixel phone. Google has detailed a slew of changes coming to various apps and services in its latest Android Feature Drop.

Kicking things off, Google Messages saw an update a few months ago that made things a bit more palatable if you were chatting with an iPhone user. Gone are the obnoxious messages letting you know when someone reacted to something you said. In its place, Google has implemented new reactions for Messages users. In the latest Android Feature Drop, Google is adding even more emoji for reactions, instead of limiting the options to just a few choices. 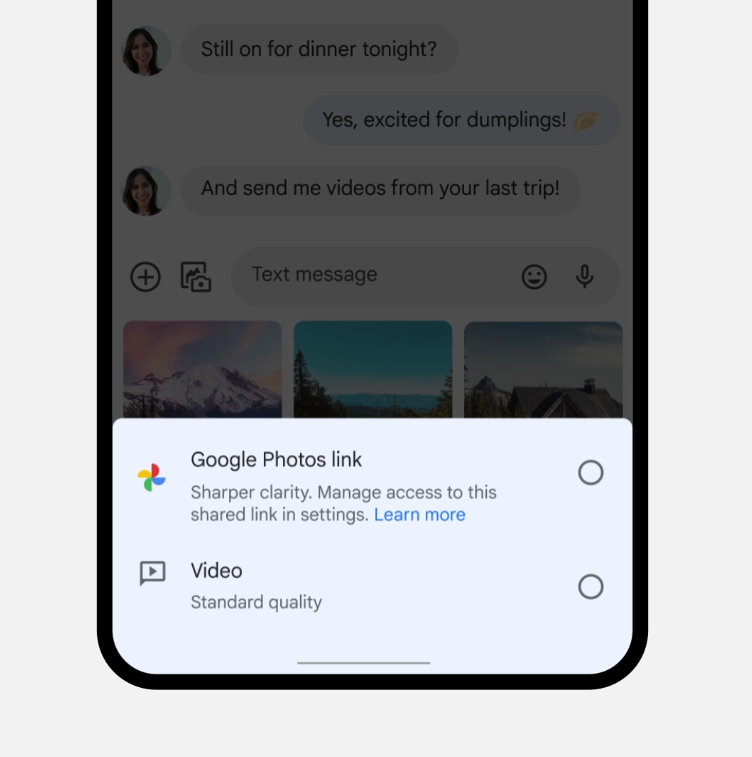 Another way that Messages is trying to make messaging with iPhone users easier is in the way that you share media. Once this latest update arrives, Google Photos is making its way into the Messages app. By making this change, you’ll be able to share high-quality images and videos, without dealing with the compression that the SMS standard relies on. Just tap the Google Photos link option when sharing media, and it will be automatically generated and sent.

But these new updates can only do so much. We encourage Apple to join the rest of the mobile industry and adopt RCS so that we can make messaging better and more secure, no matter what device you choose. 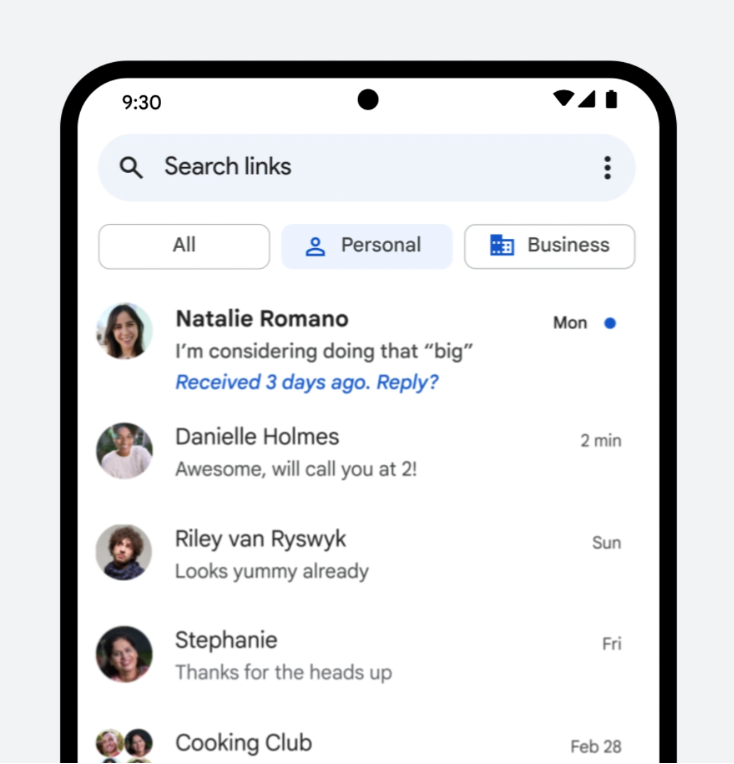 Late last month, a new feature was discovered for Messages which made it possible to sort your threads within the app. This feature is rolling out now to everyone, and once it arrives, you’ll be able to sort between All, Personal, or Business. Additionally, Google is including the ability to have your one-time passwords (OTP) automatically deleted after 24 hours.

Messages is getting even more love so you can share the love with your friends on their birthday. When you open a thread in the Messages app on their birthday, a dismissable message will appear at the top of the page so you don’t forget. Plus, Google is adding more than 2,000 new emoji “mashups” to the Emoji Kitchen. 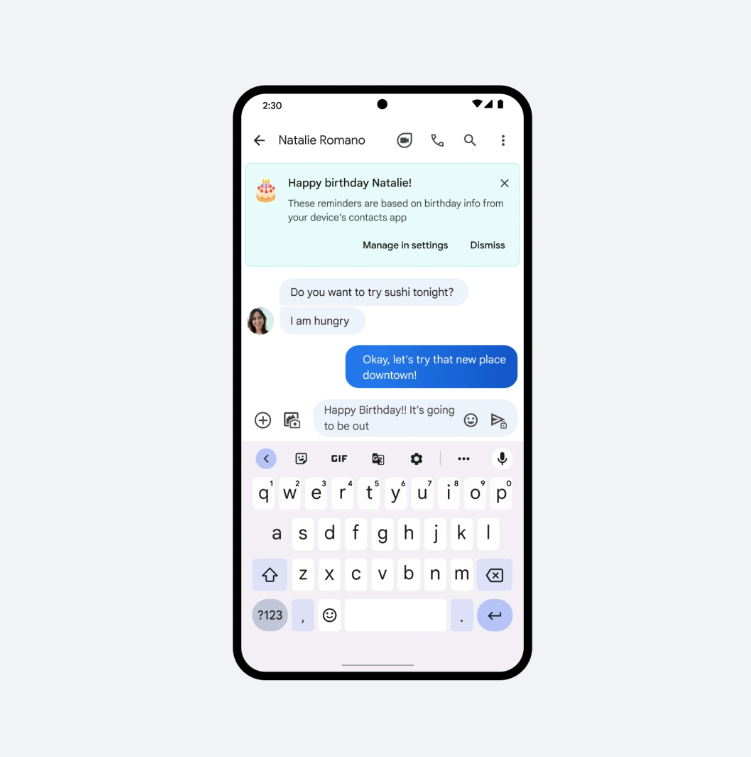 Google confirmed these changes are beginning to roll out now and will be available for everyone “over the coming weeks”.