Whenever a new phone is launched, there are a few different deals that you can take advantage of, with many of them surrounding the need to trade in your older phone. But by in large, we don’t really recommend pre-ordering all of the time, as you don’t want to deal with giving up your current phone before the new one arrives, as can be the case occasionally. 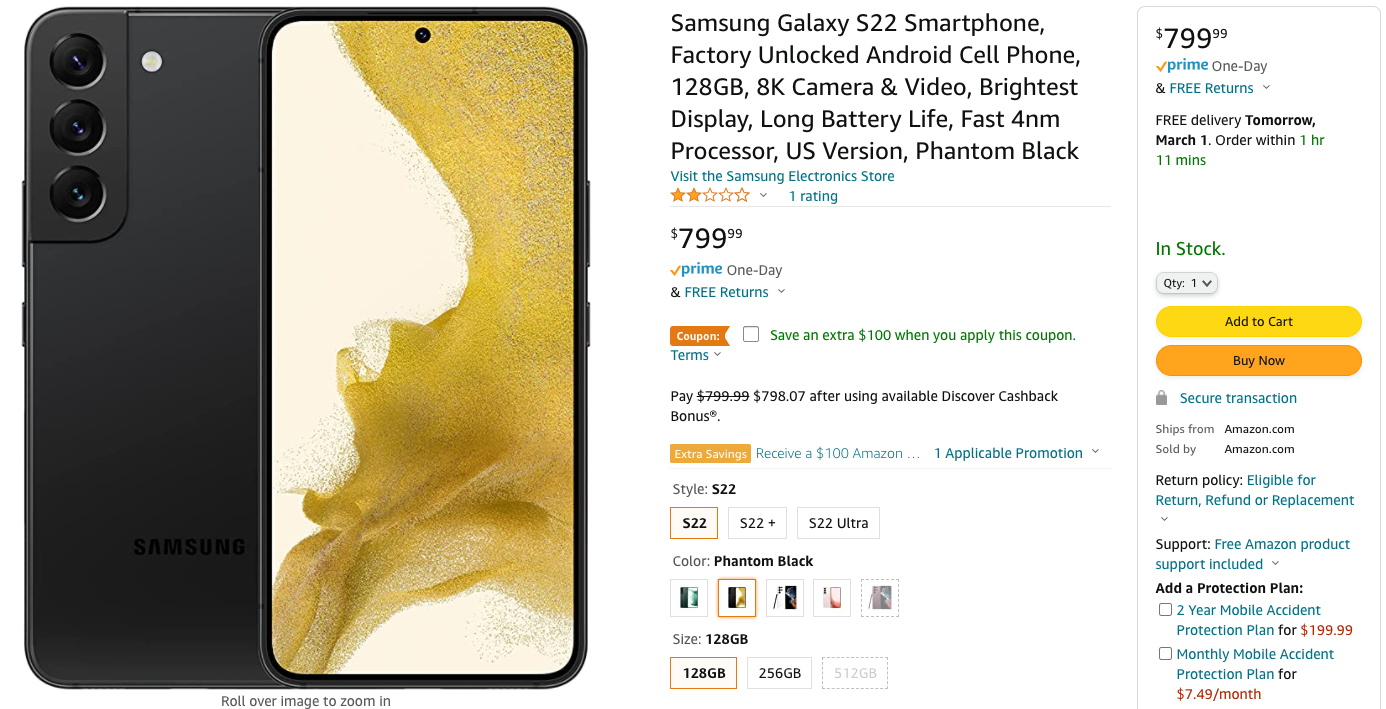 Another reason why, especially with the best Android phones such as the Galaxy S22, is because there are usually some pretty good deals that become available shortly after launch. Amazon gives us a great example of this, as you can already save $100 on the base-model Galaxy S22, bringing the price down to just $699. But taking things a step further, you’ll get a free $100 Amazon Gift Card, essentially saving you $200 and making it easier to pick up some chargers or cases for Samsung’s latest phone.

Currently, this deal is available for the Phantom Black, Phantom White, and Pink Gold color options, with the Green variant being “limited” to just a $100 Amazon gift card but retaining the $799 retail price tag. This isn’t the only deal that you’ll find for the Galaxy S22 family, as we’re seeing the following deals also being made available:

All three phones can be had with some kind of deal or promotion right now, and none of them require you to trade in your existing phone to take advantage. Now’s the perfect time to jump on the Galaxy S22 if you feel like you missed out on the fun during the pre-order period. Plus, if you stick to the base configuration of all three models with 128GB of storage, you’ll have a new phone in no time and don’t have to wait, unlike those who want more storage.