In just a couple of days, Samsung is expected to take the virtual stage and announce its lineup of flagship smartphones for the first half of 2022. This includes the Galaxy S22 Ultra, which is likely to become the de-facto Galaxy Note successor, complete with a revamped camera system and a built-in S Pen.

It seems that Samsung is in the process of getting everything ready, as you can no longer purchase the Galaxy S21 Ultra from Samsung’s own website. Heading over to the listing page for the Galaxy S21 series, the Ultra has been removed completely. Instead, you’re left with the S21 FE, S21+, and S21, with shipping dates for the latter two options slipping further and further. It’s only a matter of time before those devices too will likely be removed ahead of Wednesday’s event. 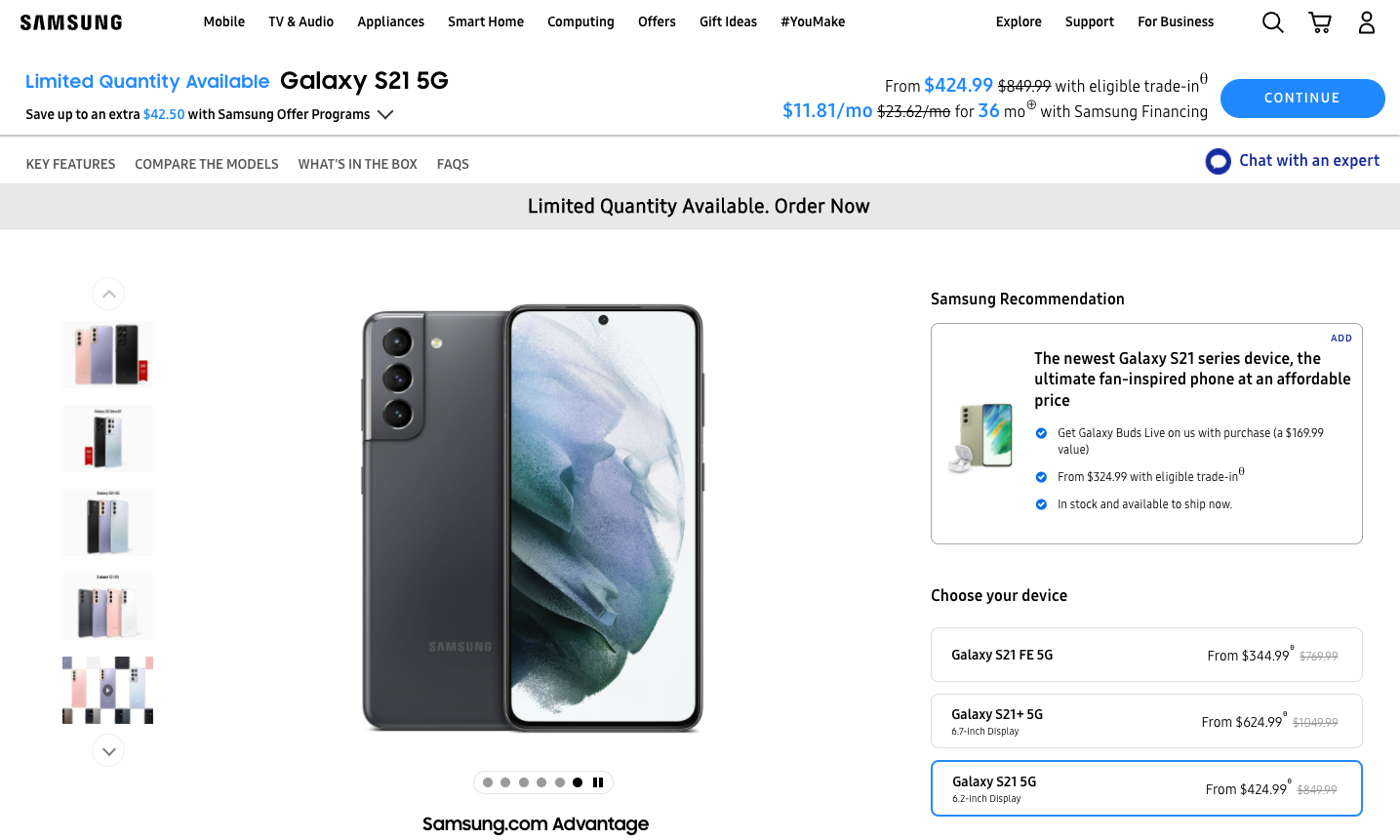 With the Galaxy S22 Ultra, Samsung is expected to make some serious waves as it merges the Galaxy S line with the Galaxy Note’s DNA. Rumors suggest that the phone will feature a 6.8-inch display, complete with a variable 120Hz refresh rate while being powered by the Snapdragon 8 Gen 1 or Exynos 2200 depending on your region. We’ll continue to see a quad-camera array on the back, which could end up taking the lead back from Google in terms of offering the best smartphone camera.

The Galaxy S21 Ultra was unique in that it was the first Galaxy “S” device to launch with S Pen support available. However, in order to take full advantage of this, users had to either purchase a case that included a slot for the S Pen or simply try not to lose the stylus while out and about. If the rumors and leaks are true, and the Galaxy S22 Ultra brings a built-in S Pen, it is likely to be a huge boon for Samsung and would kick off the year on the right foot for the company.

Samsung’s Galaxy Unpacked is currently slated to kick off at 10 AM EST and will be live-streamed for the world to see.