Motorola set to unveil its latest Edge phone on February 24

It’s been a busy few weeks for Motorola, as the company recently launched the G Stylus 2022, while patent filings have shown a unique design for a potential foldable phone. Motorola’s not done yet, as the company has taken to Twitter (via Droid Life) to begin teasing an announcement or event on February 24. 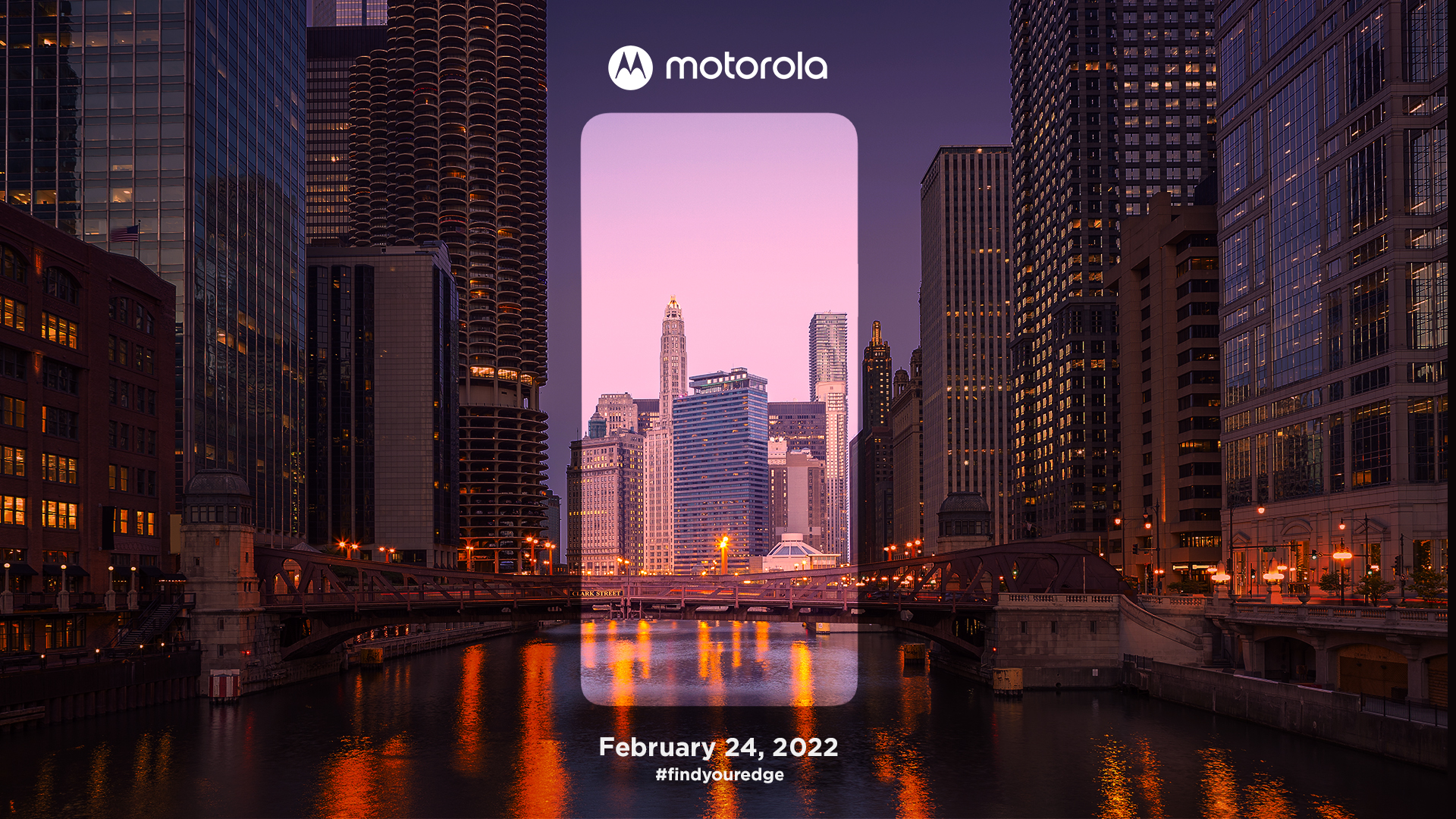 At first glance, there’s not much indication as to what the phone could end up being, but below the outline, you’ll see the #findyouredge tagline. There have been a few rumors and leaks pointing to a potential Moto Edge device set to launch complete with true flagship specs. These include the Snapdragon 8 Gen 1 chipset, a 5,000mAh battery, and even a display with a 144Hz refresh rate.

More recently, leaks and rumors have pointed to a phone called the “Frontier 22“, which is said to sport a 6.67-inch curved display. It will be powered by Qualcomm’s latest flagship chip, and could even feature a 200MP main lens. Accompanying the Frontier 22 is said to be a 50MP ultra-wide and a 12MP telephoto lens with a 2x optical zoom.

It’s possible that Motorola is ready to bring the Moto Edge X30 from China to more regions, potentially under a different Edge moniker. However, it’s also possible that this could be an entirely different device that still brings a true flagship option to the Motorola faithful. It’s been quite a while since we’ve seen such a phone from Motorola, but considering that Samsung is gearing up to unveil the Galaxy S22 series, waiting until the end of the month to show off another option definitely makes a bit of sense.

Not much else is known at this point about what Motorola could potentially debut on February 24. But if the company starts hyping up the phone in the coming days, it’s safe to assume that more information will be revealed, regardless of whether it’s official or not.