2G was one of the earlier technologies when it came to mobile connectivity back in the day. It was great when it launched because it represented a new way of letting people go online from their smartphones, but these days, the tech is largely obsolete as carriers in the US have pretty much shuttered their 2G networks.

Also, many other carriers around the world have also begun a similar transition if they haven’t done so already.

With the tech being more or less phased out, Google actually introduced a 2G killswitch in Android 12 that lets users disable the feature on their phones, and it’s something that you definitely might want to take advantage of.

Turn off 2G on Android

Why you should disable 2G

If 2G is largely no longer in use, why do we bother turning it off? This is because while 2G was great for its time, it was not perfect and was full of vulnerabilities. One example is that because it lacks authentication, hackers can actually create fake 2G cell towers that devices might connect to and have their communications intercepted.

Also, while our phone modems have been designed to support 4G/5G, it can still connect to 2G meaning that in the event you have low cell reception, your phone could still try to seek out 2G networks even if there aren’t any, and that’s something hackers could potentially exploit.

As remote as that possibility may be, why take the risk, right?

Keep in mind that disabling 2G could also come at the cost of disabling access to emergency services in regions where only 2G is available, so that’s something you’ll need to think about before disabling it.

Why can’t I disable 2G on my phone?

For starters, this is a feature that Google introduced in the Android 12 update. If you’re still running an older Android build, then you’re out of luck.

But what if you have Android 12 but still can’t see the feature? This might be because disabling 2G will require an update to the Radio HAL. As XDA’s Mishaal Rahman points out, older devices upgrading from Android 11 to Android 12 might skip this update because of the Google Requirements Freeze, meaning that some devices might not actually have this feature.

Newer devices like Google Pixel phones should not have this issue, so your mileage may vary from device to device. 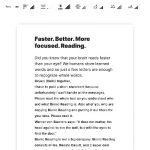 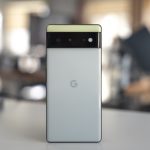