How to limit your kid’s screen time on Android

Back in the day when we were younger and smartphones and tablets weren’t around, the only screen time our parents had to manage was the TV, which was relatively easy to do since it was stationary and typically in the living room where they could see us. 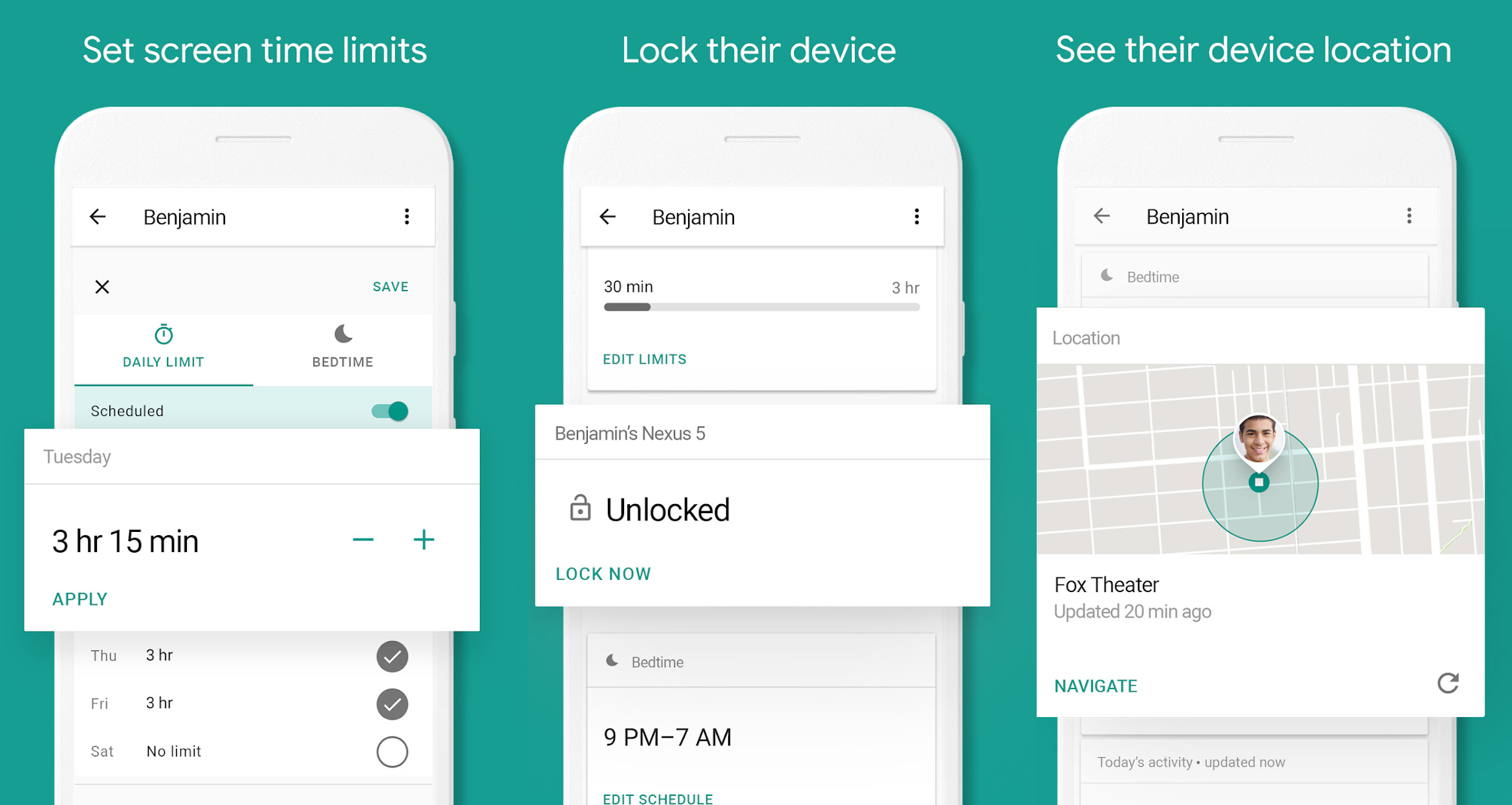 These days, with phones and tablets being so portable, your kid could be in their bedroom using their phones under the covers and you might not even know. Spending too much time on social media and games can sometimes lead to them neglecting their homework and studies, so if you don’t want to take away their devices entirely, you can instead limit their time.

If your family uses Android, then setting up these screen time limits as a parent is pretty easy.

On your child’s phone

The “problem” with screen time limits is that as long as they do not exceed the limit during the day, they can use their phones whenever they want. This means that if throughout the day they use 2 out of the 3 hours you allocated to them, they could still use the remaining hour well past their bedtime (as long as it’s in the same day).

This means that while you are limiting how much time they spend on their phones, it could have a negative impact on their sleep, so this is  where the bedtime function comes in handy.

What this does is that whenever your set time comes around, say 9PM, the phone will be locked and won’t unlock until the unlock time, for example, 8AM. This isn’t technically a screen time limit, but it does prevent them from using their phones late into the night.