LG ends an era by shutting down its bootloader unlocking service

In order to truly modify your smartphone and install custom ROMs and tools, you typically need to go one step further beyond downloading just an app. You would usually need to unlock the phone’s bootloader and then root the device.

Unlocking the bootloader has been somewhat controversial in the past where some manufacturers would refuse to allow it (users had to find a way to get it done themselves), while others have been supportive, such as LG who have offered bootloader unlocking services.

Unfortunately, it looks like that service will be shutting down on the 31st of December, 2021. According to an announcement on the LG developer page:

We would like to express our sincere gratitude to all developers who visit the LG Mobile Developer website.

LG made the difficult decision to close its mobile phone business to focus on other businesses that will provide new experiences and value for consumers. Hereby, we inform you that the service of LG Mobile Developer is scheduled to terminate on December 31st, 2021.”

For those unfamiliar, earlier this year LG announced their plans to exit the smartphone market. The company was initially planning to launch its first smartphone with a rollable display, but unfortunately that never came to pass, so it’s hardly a surprise that its bootloader unlocking service would also be going away.

We’re sure that many developers and users will miss the bootloader unlocking service, but then again, with there no longer being any new LG phones to unlock, what’s the point of keeping it around, right? 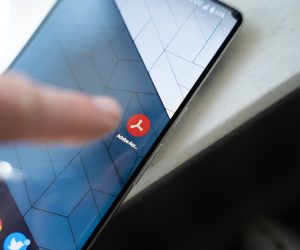