Many of us are focused on getting the “latest and greatest” that the smartphone market has to offer, and there aren’t many that sit back and think about what happens to those old phones after they’ve been replaced. Sure, they might sit in your desk or in a closet for a few years, but then they are likely just discarded and thrown away. The problem with many phones of today is that while they are great on the spec sheet and offer fantastic performance, they aren’t great in terms of sustainability. This is part of the reason why we see the different teardowns from the likes of iFixit and other companies, as there’s more that goes on with these phones than just figuring out how difficult repairs will be.

More recently, we’ve seen the Teracube try and make waves in this market, offering a phone that is “engineered to last” for at least four years. But Fairphone was one of, if not the first company to bring a focus on sustainability along with adding a bit of flair with a modularity aspect. The last we heard from Fairphone was back in 2019 with the launch of the Fairphone 3. A little more than two years later, the company is back with the Fairphone 4, a modular smartphone that can be easily repaired and will last longer than your flagship.

Honestly, the specs aren’t too much to write home about when you pit it against other devices in its price bracket. The Snapdragon 750G provides the juice, paired with either 6GB or 8GB of RAM and up to 256GB of storage. There are dual 48MP cameras on the back of the phone, and a 25MP selfie camera on the front. Battery life is just okay, coming in with a 3,905mAh cell, but we also have IP54 water and dust resistance. 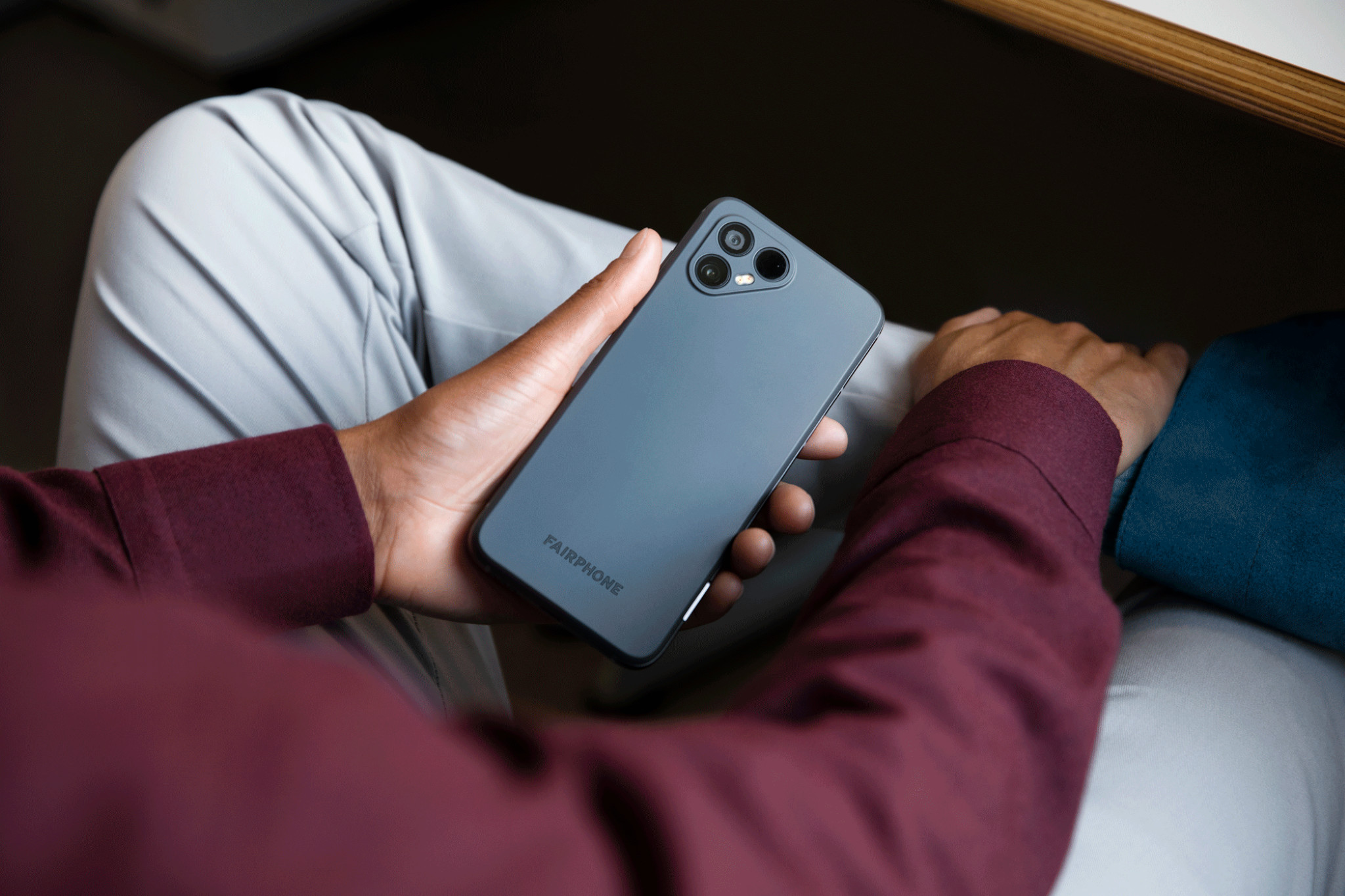 There are some nifty features that you might not have expected with the Fairphone 4. For one, it can be used with dual SIM cards, both of which are 5G-enabled thanks to the Snapdragon 750G. There’s also a fingerprint scanner embedded in the power button, placed on the right side below the volume rocker. And those who want to use mobile payments can do so thanks to the embedded NFC chip in the device.

But the real “power” and fun of the Fairphone 4 is its modularity and environmental impact. Fairphone offers a five-year warranty for every Fairphone 4 that is sold. So you will be able to continue getting support for the device, much longer than what is available from pretty much every other Android smartphone maker. 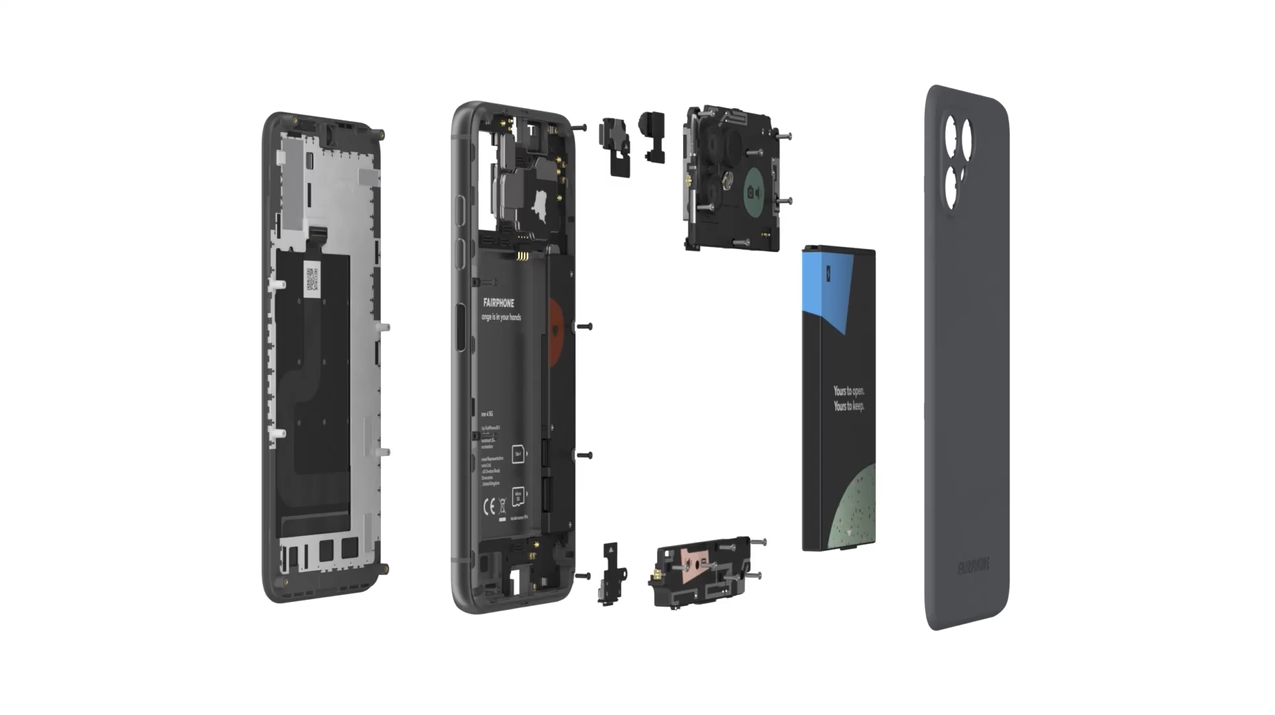 In terms of modularity, these are the list of parts that can be replaced on the Fairphone 4:

This pretty much leaves the processor, board, volume buttons, and power button, as the only pieces of the puzzle that you can’t assemble or replace yourself. It’s something that’s simply unheard of, especially when you consider that the Fairphone 4 was awarded a 9.3 / 10 repairability score from the French Repairability Index. For reference, the new iPhone 13 Pro received a 5 / 10 score from iFixit, while the Galaxy S21 scored a 4 / 10. 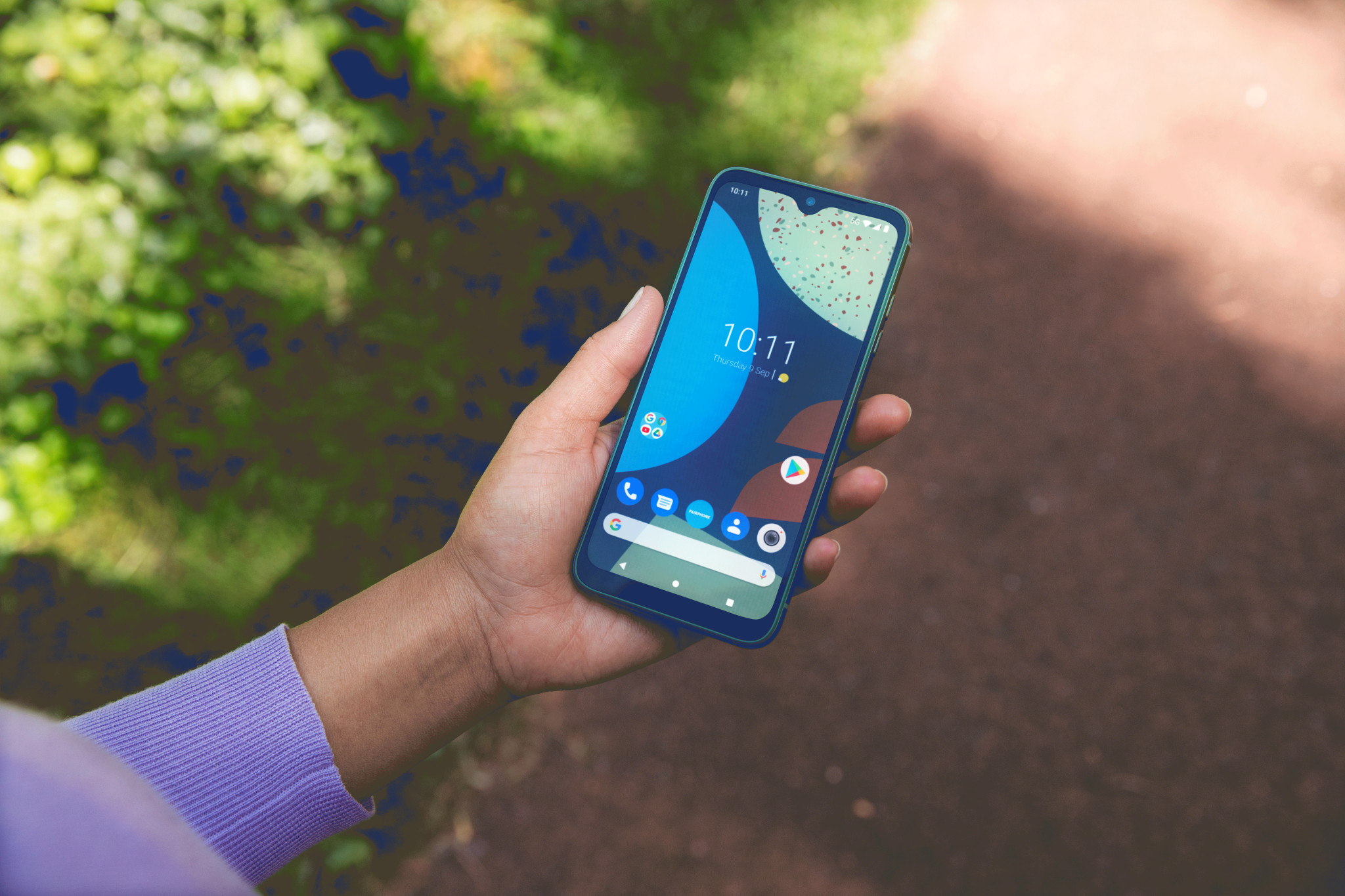 Going hand-in-hand with repairability, Fairphone is also focused on the recyclability of its devices. The Fairphone 4 is made out of machined aluminum, with a 100% recycled plastic back cover. Plus, the device is being touted as being “electronic waste neutral” as the company says that it will “responsibly recycle or give one old phone a second life” whenever you purchase a Fairphone 4.

This type of modularity and unique design don’t come without a cost. For one, you won’t find a charging cable or wall brick in the box, as those will need to be purchased separately. Second, pricing for the Fairphone 4 starts at €579 for the 6GB / 128GB configuration, and goes up to €649 for 8GB of RAM and 256GB of storage. Finally, the Fairphone 4 likely won’t be arriving in the U.S. anytime soon, as the company has opted to launch its latest device in Europe with no mention of a global launch. But if you want to learn more about the Fairphone 4, hit the button below. Fairphone 2 gets thrown a lifeline, will now 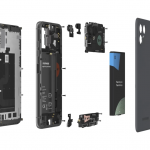