This adorable R2-D2 mini projector just got a huge discount

Although Summer is flying by, there’s still plenty of opportunities to have one of those awesome movie nights out on the yard. And in order to do that, you’re going to want to make sure you have one of the best projectors to show off whatever movies you want. Anker’s Nebula Capsule II is arguably one of the best portable projectors out there, and now you can save $200 on the R2-D2 themed version.

This little projector was released last July, and instantly stole the hearts of Star Wars fans everywhere. Anker and Star Wars partnered up to release the R2-D2 Nebula Capsule II, as it was inspired by Star Wars: A New Hope, in which R2-D2 projects a holographic message for Obi-Wan Kenobi.

In addition to the awesome paint job and design, this mini-projector is capable of displaying content at sizes up to 100-inches (diagonally), while offering a brightness of 200 lumens. The resolution may not be exactly ideal, coming in at 720p, but it will surely be good enough to get the job done. You also won’t have to be concerned with trying to hook up a separate speaker system as Anker has a series of speakers built right in. These can also double as a Bluetooth speaker, giving you one of the coolest (and most expensive) Bluetooth speakers out there.

Thanks to the power of Android TV, you instantly have access to more than 5,000 different apps. Or you can just plug in R2-D2 and use it as a Chromecast and can take advantage of the built-in speakers with Google Assistant support. As for connectivity, the Nebula Capsule II includes an auxiliary port, HDMI port, USB Type-C, and USB-A.

But here’s where the real fun begins. Normally, this R2-D2 Limited Edition Anker Nebula Capsule II is priced at around $700. But in addition to the $100 discount that’s already applied, you can take an extra $100 with an on-page coupon, bringing the price down to just $500. This is currently the lowest price that we’ve ever seen for the R2-D2 Capsule II, making it one hell of a bargain. 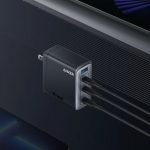 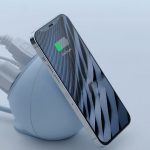 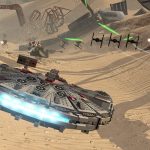 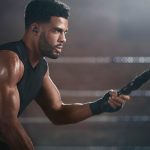 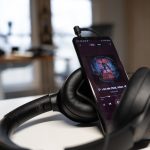