Android users have been frozen out of many of the best video-editing apps for too long. We see beautifully crafted videos on social media but have been limited to only a few professional options. It’s a frustrating trend for companies to focus on the perceived wealthier user base of iOS users – with even Instagram having taken 18 months to expand to Android.

That’s all changing as Lightricks announced they are making their premier video editor app, Videoleap, available on the Google Play store. The iOS version has a stellar reputation, with 4.5 stars out of over 50,000 reviews and is sorely needed competition for what’s currently available. It’s used to create almost 20 million videos every month, we can expect this number to explode once Android users get their hands on it too.

You may have heard of Lightricks from Motionleap and FaceTune2, which are already on Android and have massive user bases. Combined, they have over half a million reviews at an average above 4 stars. They’re a juggernaut in the mobile visual creation world, so serious content creators will need to decide whether to switch from whatever they are currently using for video editing to Videoleap.

The release has come at a crucial time, allowing Android users the tools to compete in the next wave of monetization of video content. Creators should be paying attention to Videoleap to ensure they make their videos in the most effective, imaginative and efficient way possible.

Why they are coming to Android now

“Our entire mission is to build innovative tools and services that empower creativity and fuel the creator economy,” Zeev Farbman, CEO and co-founder of Lightricks, said in a statement about this week’s rollout. “With the launch of Videoleap on Android, we’re excited to see how our new Android users will indulge their expressiveness and bring their ideas to life.”

Video editing for social media has gone from something people do for fun to a serious skill that can fuel significant online earnings. Demand for Videoleap exploded on iOS last year with a 70% increase in downloads, according to Lightricks, so it’s no surprise they think they can take the Android market by storm.

The imminent release of 5G technology means you’ll need to get used to seeing more video content everywhere. It’s an easy way for creators and brands to stand out because they can hold your attention for longer than a still image. With download speed limitations no longer being an issue, there is greater freedom to experiment.

Lightricks says that 47% of Videoleap’s users create TikTok videos. Today there are 2.7 billion views of videos tagged #Videoleap on Tiktok. It’s not just a popularity game, either, with many TikTok influencers earning millions of dollars as a result of their creations.

In response to TikTok’s surge, Instagram chief Adam Mosseri announced earlier this month that the leading visual social media platform was doubling down on video to the extent that “We are no longer a photo-sharing application.”

This means if you want to grow your presence there, you’ll also need to stand out from the crowd. With this week’s launch, Lightricks acknowledges that Android users are just as creative, and have just as much potential to blow up on social media, as the iPhone set. 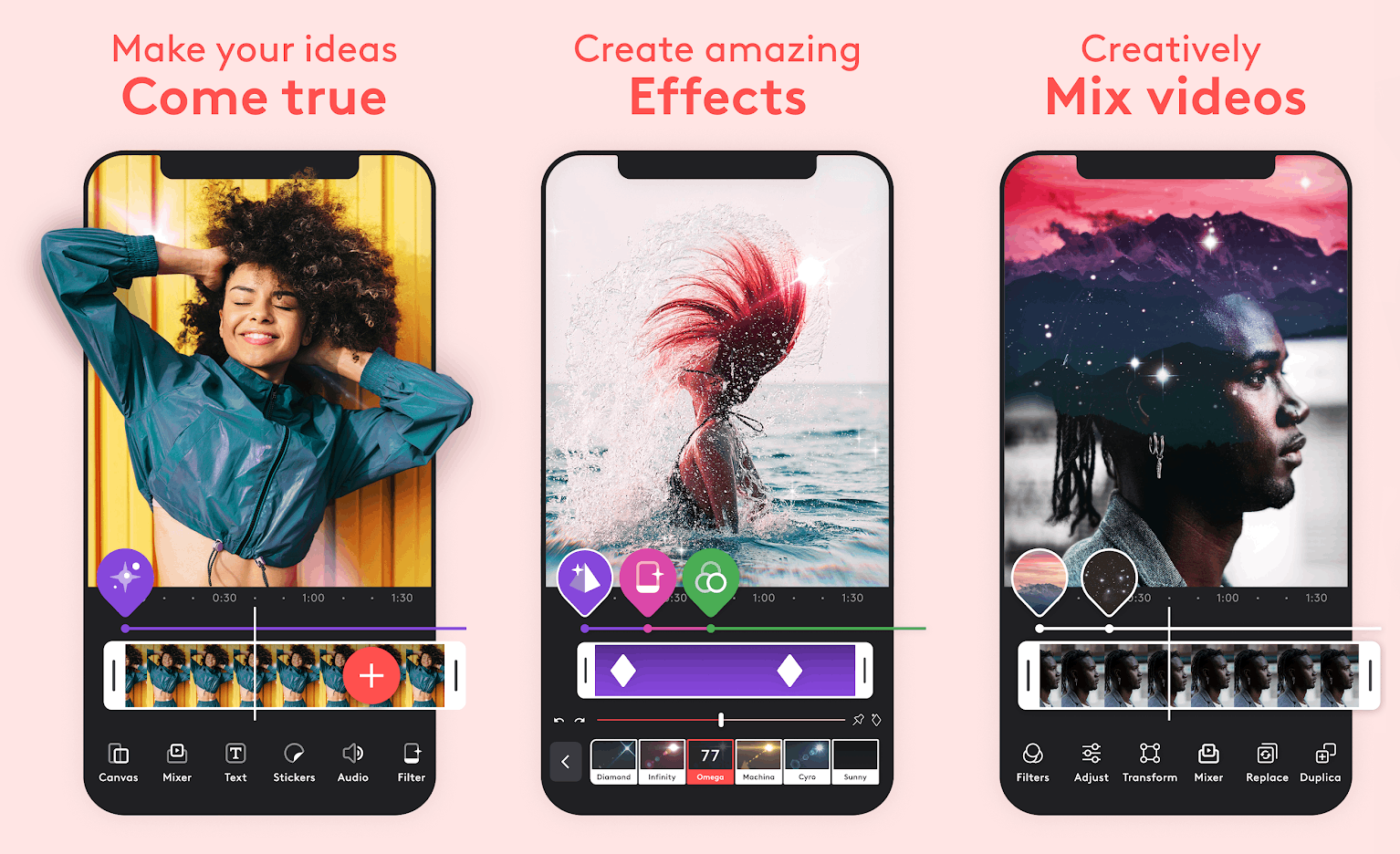 Videoleap has all the expected features such as changing the aspect ratio, correcting the colors and trimming or combining video clips. Where it really stands out is the vast array of special effects.

Videoleap has a popular YouTube channel that shows off some of the imaginative ways you can use the program. However, it’s not limited to what they show, as there are literally hundreds of different options available and part of the fun is discovering which ones work best for your video and scene you wish to create.

A recent example of what is possible is from Hallie Tut, a TikToker with nearly 1 million subscribers. Here she adds a thought bubble effect to her video, giving a surrealist feel to her videos. It’s something the average creator might think is too complex for them to try but it’s made easy with Videoleap. It takes her only a few minutes to edit the video.

Another useful feature is the chroma key, which allows you to cut the subject of the video out and transport it to another background. Imagine placing someone dancing in space or creating all kinds of cool movie-like illusions. Here’s an example of a man relaxing in a river, who is placed into a cup of coffee.

An effect often used on social media to wow followers is to create a clone of the star of the video. This can then be used to create interactions between the person and their imaginary twin. Android users will be able to let their creativity run wild and produce all kinds of wacky videos to impress their followers.

Edit to the beat

Editing videos so that the action is in time with the beats of the soundtrack might be thought of as an advanced skill because usually, people would use professional-grade editing workstations to achieve the effect. Yet with Videoleap, it’s simple and can all be done on a mobile device. The product offers a library of music that users can throw into their videos without needing to leave the app.

The release of Videoleap to Android is exciting news, especially for content creators. Their special effects will help people take their videos to the next level and not be limited. It’s likely many creators will make the switch to Videoleap from whatever they are currently using.